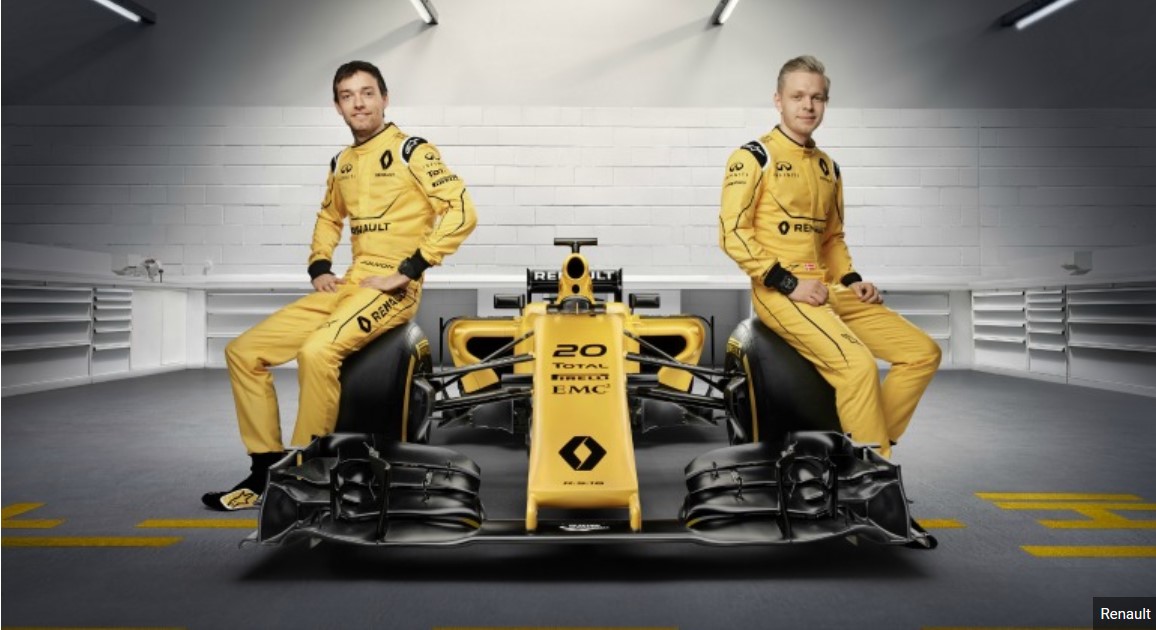 The Renault F1 team has officially unveiled the final livery it will use during the 2016 season.

The Enstone-based outfit ran with a black color scheme, featuring yellow accents, during winter testing at the Circuit de Barcelona-Catalunya.

But now Renault has uncovered its new yellow livery at a launch event in Melbourne, ahead of this weekend’s season opener in Australia.

The striking livery was presented on a surfboard at the launch event, with the showcar having previously taken to the Australian waves for a promotional video. Studio shots were then released showcasing the new colors of the RS16.

"We had a new livery to unveil in Melbourne, but we wanted to do things a little differently," said Cyril Abiteboul, managing director of Renault Sport Racing.

"We’re in F1 to ultimately get lots of points on track, but also to get lots of attention off track, so we came up with this idea. To our knowledge it’s the first time an F1 car has ever surfed.

"The first-ever Renault F1 car, the RS01, hit the track in yellow and black in 1977 and this latest livery is a nod to this formidable car.

"Meanwhile we have added some contemporary touches to make the R.S.16 stand out. We have used metallic colors that will reflect the lights at the night races, the ‘diamond’ pattern at the rear of the car fits in with our new brand identity and the gold flashes signify we aim for the top.

"We are really happy with the new look of the car and hope you enjoy the video as much as we enjoyed making it."