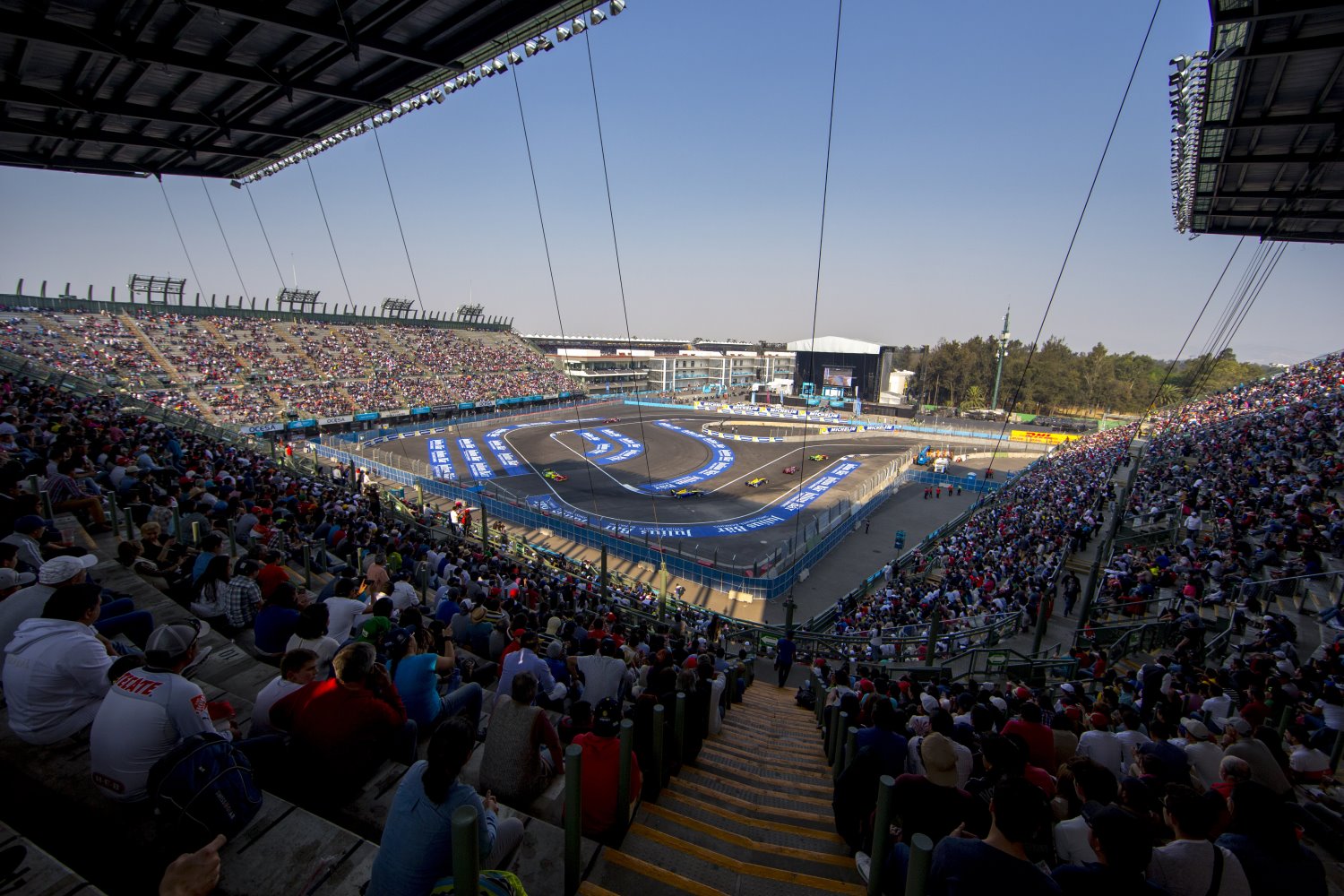 The inaugural Mexico City ePrix drew more 33,000 spectators at the Autodromo Hermanos Rodriguez on Saturday. Formula E organizers anticipated 40,000 spectators for the series' debut in the Mexican capital but in the end had to settle with an official attendance of 33,319.

The atmosphere created by the Mexican fans, however, could almost make you forget the pockets of empty seats along the front stretch of the circuit. The racetrack's "Foro Sol" stadium section was the place to be and provided the noise that's missing from the Formula E cars.
Organizers avoided disaster when with less than 10 laps to go, the circuit's main building suffered a power outage. While fans at the track showed their dissatisfaction by whistling and booing, TV viewers were not affected by the mishap.
A Formula E spokesperson referred to the outage as "one of those things." He said after the race that the TV and scoring loops have their own power supplies.
"It didn't effect either the live TV broadcast or the accuracy of the race timing," he added. Dragon Racing's Jerome d'Ambrosio won the race after the originally victorious Lucas Di Grassi (Abt Audi Sport) was disqualified for an underweight car hours after the checkered flag.
The Mexican ePrix was the first Formula E race on a permanent racetrack. Teams and drivers all agreed that local organizers put together a great event though the philosophy of the series remains on racing in city centers.
"The good news is this is still inside the city limits, so it keeps with original and founding premise of Formula E, but generally speaking we are going to be racing on city streets rather than a track such as this," Dragon Racing Owner & President Jay Penske said.
Virgin Racing Team Principal Alex Tai said the track fits Formula E because it is one of only a few in the world that is located in the middle of a major city.
"We were asked as teams if we think that [racing here] was going to be the right thing because the whole thesis of [Formula E] was street racing, but it was street racing in the heart of our cities."

LOCAL SUPPORT: Formula E and local promoters CIE were able to attract six local sponsors for the event. They included: Telcel, Infinitum, Inter, CDMX, Enel and Huawei. Formula E did not disclose any financial terms of the deals.

Mexican telecom companies Telcel and Infinitum are part of Grupo Carso, which is owned by Carlos Slim.
His son and Grupo Carso Chair Carlos Slim Domit told SBD Global that the Formula E race "is a way to keep consolidating all the efforts" that have been put into remodeling the racetrack.
Slim Domit was instrumental in bringing F1 back to the country last year after a 23-year hiatus.
Grupo Carso's involvement in motorsports through its various brands is no accident. "It goes very well with us because racing is related to modernity, innovation and speed," he said.
"It very much falls into our services as a platform. It’s very popular in Mexico and Latin America. It has been very successful for us being involved in motorsports." The series' global and official partners including Julius Bar, DHL, BMW and Visa were also highly visible at the event. HJ Mai/SportsBusiness Journal