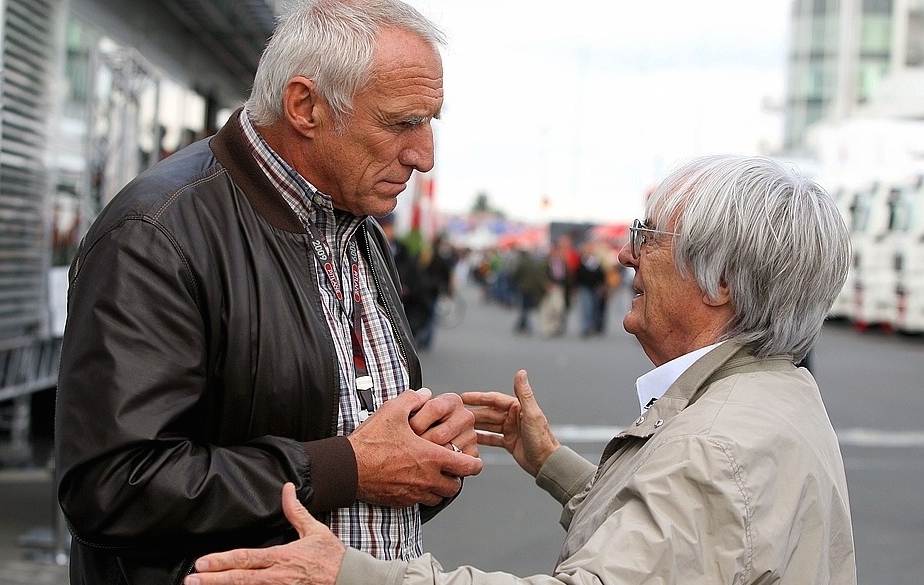 Last year, amid the arguments with Renault and dissatisfaction about the direction of the sport, the Red Bull mogul and billionaire reportedly thought seriously about pulling his two teams out of F1.

Ultimately, Red Bull is still in the paddock, but Toro Rosso's engine is a year old and the premier outfit is still with Renault — on a one-year deal.

He said the highest goal Red Bull Racing can aspire to this year is third, behind the "works" outfits Mercedes and Ferrari.

But: "We are too good to be domestiques," said Mateschitz, 71.

"And formula one is not the Tour de France. If we do not have a competitive engine, we will leave. We will certainly not accept fifth place for the next five years."

However, he made clear he doesn't blame Bernie Ecclestone for the situation, saying the F1 supremo's controversial recent criticism of the sport is "right".

"It was not Bernie who drove formula one into the sand, but the manufacturers who dictate everything," said Mateschitz.

More struggling for Red Bull could therefore cost the brand its star drivers, even though Dr Helmut Marko has been warning that one of the current quartet could be dropped at the end of the year.

When asked about a works team coming knocking for Daniel Ricciardo or Max Verstappen, however, Mateschitz admitted: "I do not care about the length of contracts.

"If someone wants to go, I would not be able to stop them."