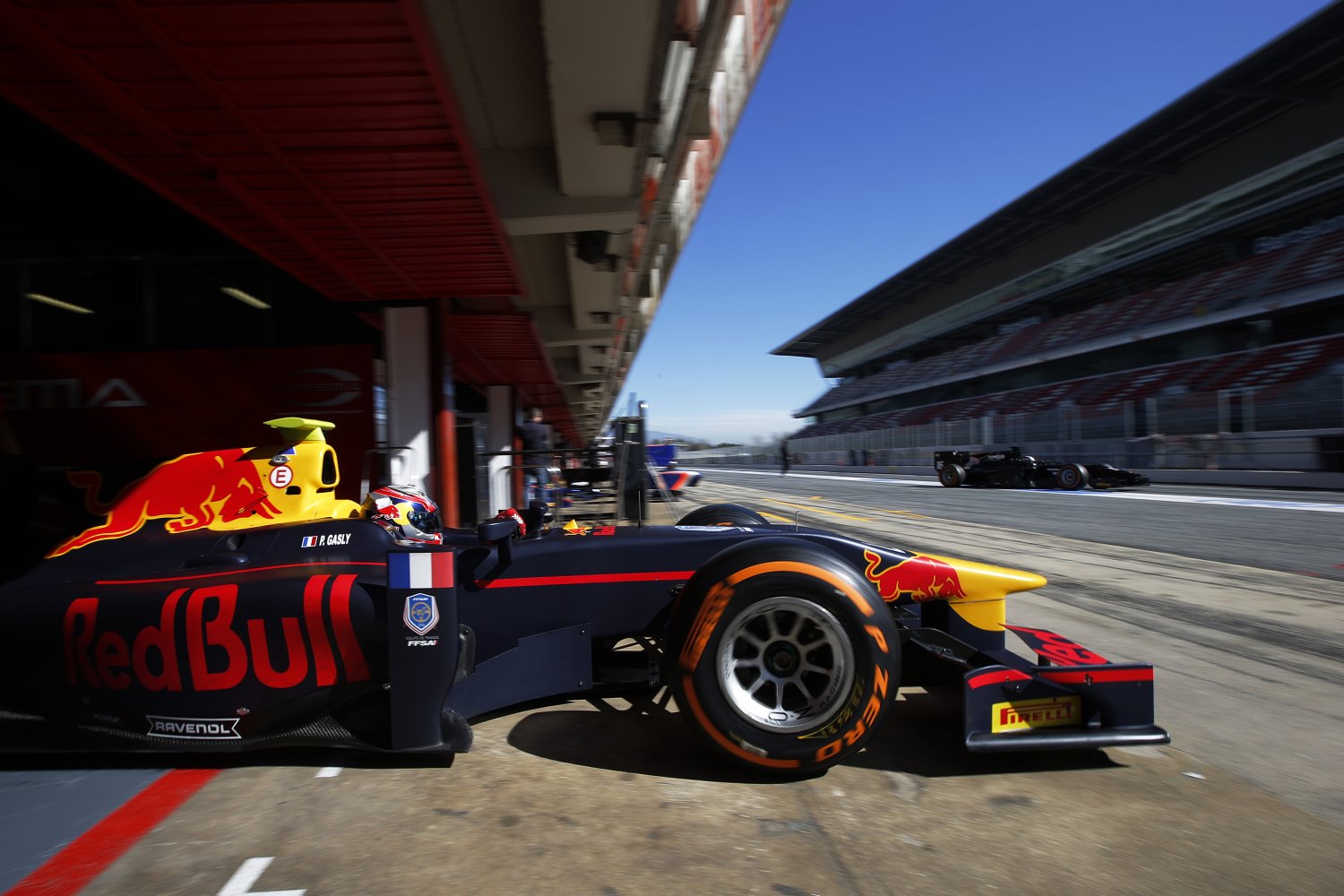 Red Bull protege Pierre Gasly concluded this week’s pre-season testing on top of the timesheets: he lapped the Spanish track in an impressive laptime of 1:27.386 during this morning’s session ahead of Norman Nato and Antonio Giovinazzi. Rapax driver Gustav Malja was quickest in the afternoon session.

Day 3 opened this morning under blue skies with cold temperatures. When the pitlane turned green, Status Grand Prix’s Meindert van Buuren was the first man to feed onto the track on Hard Pirelli tires. In the opening stages, Daniel de Jong set the early pace in a 1:30.121 but Nicholas Latifi was the first man to dip under 1m30s to take the top honors.

Forty minutes into the session, Sergey Sirotkin improved on the Canadian’s time to go P1. However, Nato topped the timesheet with a laptime of 1:28.170 – +0.070s ahead of Russian Sirotkin. After one hour, DAMS’ Alex Lynn broke the 1m28s barrier on Soft Pirelli tires and lapped the Spanish track in a 1:27.841.

Just before mid-session, there was a short red flag period courtesy of Sirotkin who span into the gravel bed at the end of the main straight. At the restart, Gasly improved on his personal best set yesterday and clocked in a laptime of 1:27.386, also on Soft tires. Nato reduced the gap enough to edge Giovinazzi out of P2 – two tenth slower than Gasly.

Soon after, Giovinazzi caused a second red flag period after he stopped at the entrance of Turn 4. The remainder of the session was trouble-free and Gasly remained unchallenged until the checkered flag. Behind the Frenchman, Nato, Giovinazzi, Lynn, Luca Ghiotto, De Jong, Mitch Evans, Latifi, Jordan King and Sirotkin rounded out the top ten.

In the afternoon, Raffaele Marciello was first out on track. Arthur Pic set the early pace in a 1:29.941 on Prime tires. One hour into the session, the proceedings were halted for a third time following small contact between Marciello and Rene Binder.

The final hours of testing were studious with drivers completing long runs and teams working on pit stop practice. In the closing stages, Markelov went quickest in a 1:29.425 ahead of Pic. Fifteen minutes before the end of the session, van Buuren stopped at Turn 12 causing one last red flag period. In the dying minutes, Malja put his head down to clock in a laptime of 1:28.719, which was enough to go top. Fellow countryman Jimmy Eriksson also found some extra pace to edge Markelov out of P2.

This concludes the first 2016 pre-season test session at Barcelona. Next stop will be Jerez de la Frontera on March 29-30-31.