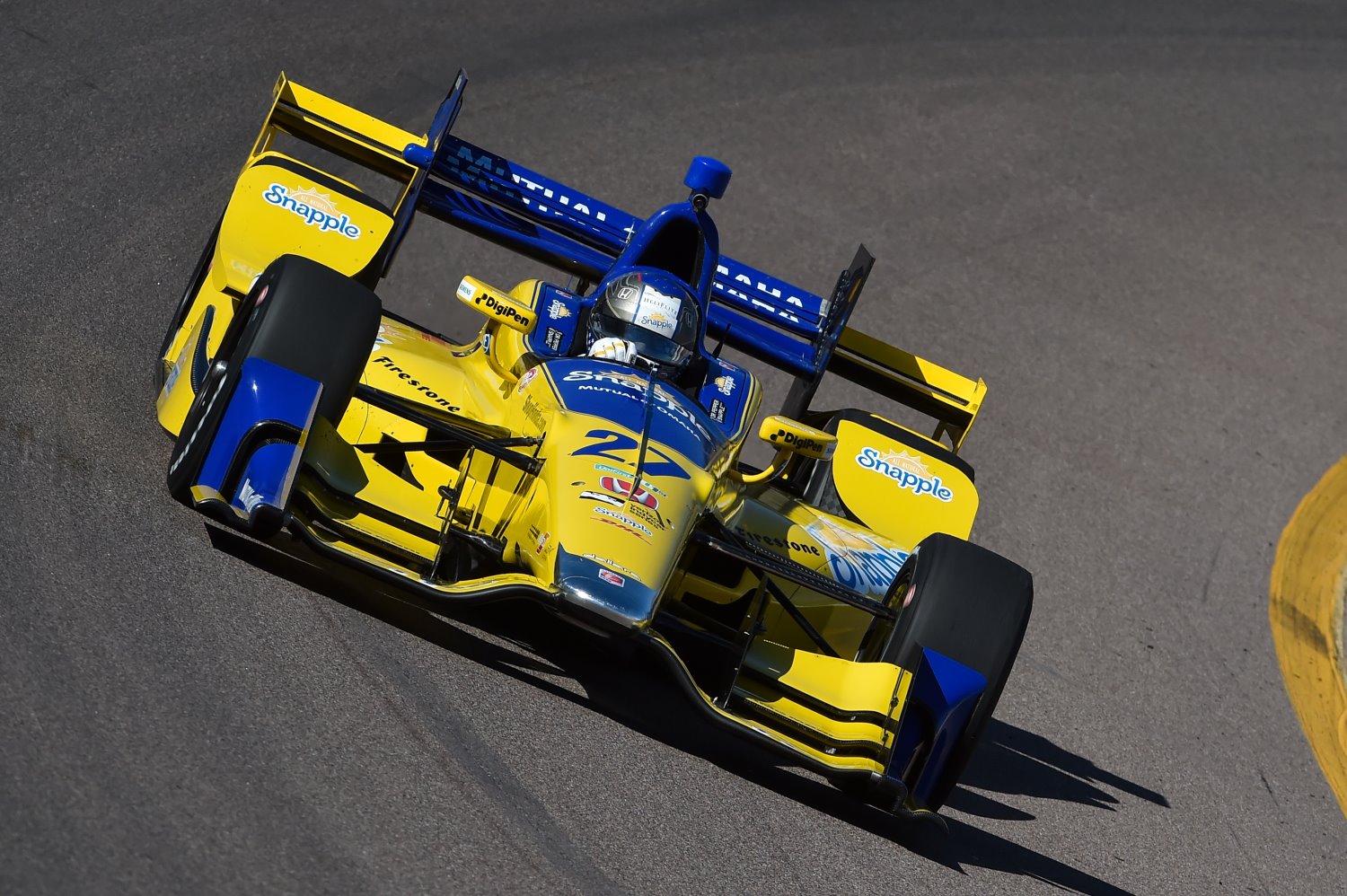 All will utilize the twin-turbocharged Honda Indy V6 engine, which is designed, manufactured, developed and maintained by HPD. Designated the HI16RTT, the engine is designed to meet the Verizon IndyCar Series’ technical regulations for 2016. The updated engine is mated to a Dallara DW-12 chassis that also features updated aero kit bodywork for all 12 Honda entries in St. Petersburg.

“We’ve been encouraged by the performance of the Honda Indy V6 and the other improvements we’ve made during the off-season," said Art St. Cyr, president of Honda Performance Development. “We believe we have a great lineup of teams and drivers, including a good balance of proven race winners and promising new stars. We’re looking forward to the start of the 2016 season on the streets of St. Petersburg, and taking on the challenge presented by our competition in the battle for the Manufacturers’ Championship, and for victory in the 100th running of the Indianapolis 500 in May."

The powerful Andretti Autosport organization, which has delivered a trio of Indianapolis 500 victories and three series championships in partnership with Honda, brings a strong, three-driver lineup to St. Petersburg.

A two-race winner and season-long championship contender in 2015, Graham Rahal returns to St. Petersburg, scene of his first Indy car victory in 2008, in search of additional victories and his first drivers’ championship. Rahal will be joined by 2015 Indy Lights champion Spencer Pigot, driving a second Rahal Letterman Lanigan Honda at St. Petersburg, and again at Indianapolis in May.

Returning from serious injuries sustained in a practice crash last year at Indianapolis, James Hinchcliffe will lead a two-car attack from Schmidt Peterson Motorsports as the veteran Canadian race winner partners with Mikhail Aleshin, who returns to Indy car racing and the Schmidt team in 2016.

A.J. Foyt Racing will again run veterans Takuma Sato and Jack Hawksworth in a pair of Honda Dallaras, as the team focuses on achieving better, more consistent results in 2016 in its second consecutive season as a two-car effort.

Second-generation racer Conor Daly will lead the two-car effort for Dale Coyne Racing as he seeks series Rookie of the Year honors. Daly will be joined by Luca Filippi, at St. Petersburg, in the second Dale Coyne entry.

Rounding out the full-time Honda Indy Car Series lineup in 2016 will be another rookie, Alexander Rossi, who joins the newly merged Andretti-Herta Autosport. Another talented young American racer, Rossi comes to Indy car from Formula One, where he raced with the Manor Marussia team last year.

Honda has been a fixture in North American open-wheel racing since 1994, and has played an active role in the growth of the Verizon IndyCar Series as both a Manufacturers' Championship competitor and single engine supplier, with a record that includes 217 individual race wins and six manufacturers’ championships.

The company scored its first Indianapolis 500 victory in 2004 with Buddy Rice; Manufacturers' Championships in 2004 and '05; and became engine supplier to the entire IndyCar Series in 2006. Honda supplied racing engines to the full, 33-car Indianapolis 500 field every year from 2006-2011, and for a record-six consecutive years — and the only six times in event history – the ‘500’ ran without a single engine failure.

Since the return of multi-manufacturer competition in 2012, Honda has scored two more Indy 500 triumphs, by Dario Franchitti in 2012 and Hunter-Reay in 2014. The 10 wins by Honda at the famed Indianapolis Motor Speedway lead all other major automobile manufacturers.

* Will run select events, including St. Petersburg and Indianapolis