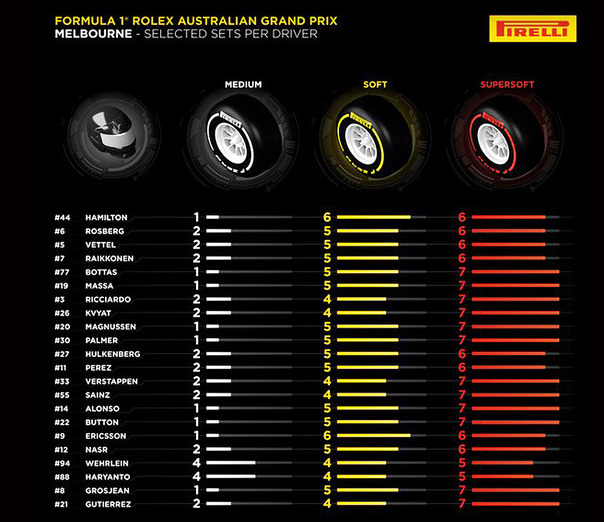 Formula 1 tire supplier Pirelli has revealed the tire compound selections which drivers have made for next weekend's Australian Grand Prix, under revised 2016 regulations.

For 2016, each driver will receive 13 dry-weather sets per Grand Prix, with Pirelli choosing two sets for the race (only one of which must be used), and a set of the softest compound, only for use in Q3.

Most drivers within the same team have made the same choices, though Lewis Hamilton has opted to take six sets of Soft tires compared to the five selected by Mercedes team-mate Nico Rosberg, with the latter having an extra set of Medium tires available.

Most drivers have opted for only one or two sets of Medium tires, but both Pascal Wehrlein and Rio Haryanto will have four sets of the compound available for their Grand Prix debuts.