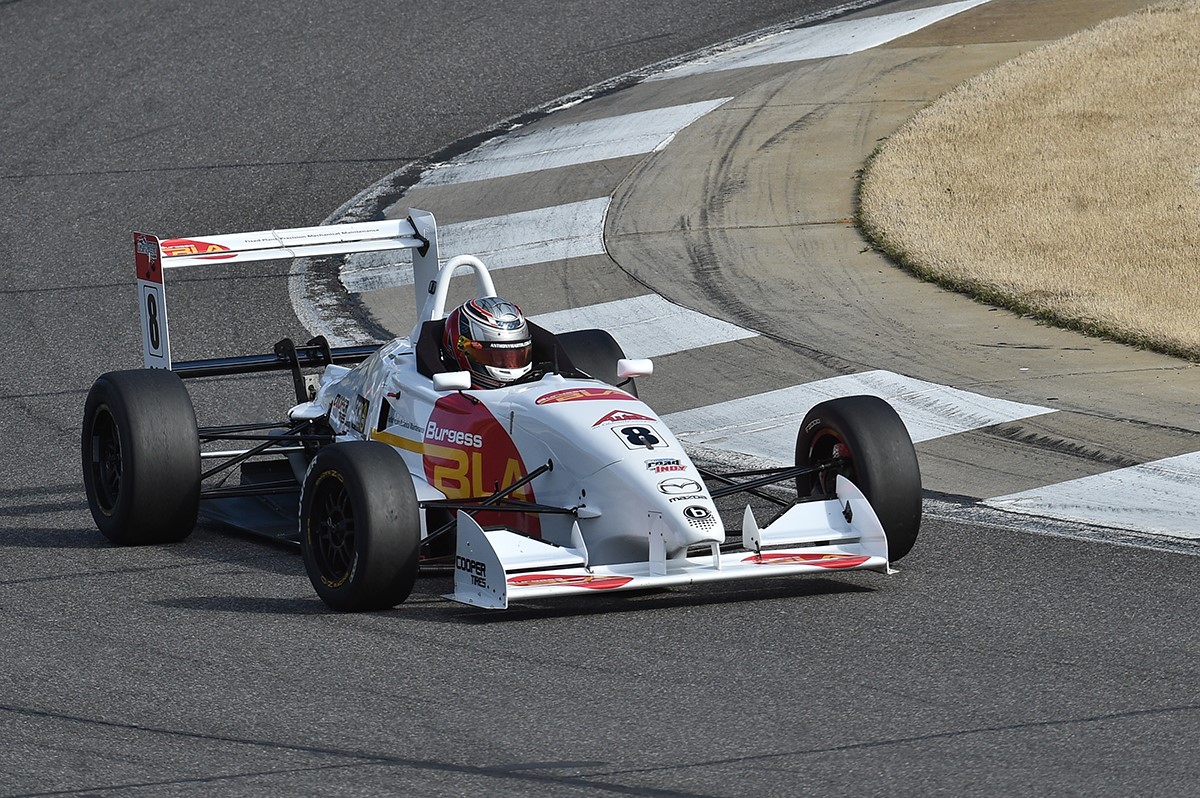 BIRMINGHAM, Ala. – Drivers from the first two rungs on the Mazda Road to Indy, in the Cooper Tires USF2000 Championship Powered by Mazda and the Pro Mazda Championship Presented by Cooper Tires, today wrapped up a two-day “Spring Training" open test at the Barber Motorsports Park road course in Birmingham, Ala. A total of 18 USF2000 drivers took advantage of perfect weather conditions and an opportunity to make final preparations for next weekend’s opening rounds of their 16-race championship chase which will begin on the streets of St. Petersburg, Fla.

The test also will have provided a valuable chance to gain experience in advance of the series’ return to the challenging 2.3-mile, 17-turn track for a pair of races during the Grand Prix of Alabama Verizon IndyCar Series weekend on April 23-25.

The wide-open nature of the USF2000 season was exemplified by the fact five different drivers from four different teams took turns atop the timing charts during the six one-hour sessions held yesterday and today.

Fastest of all was Australian Anthony Martin, who has joined five-time defending champion team Cape Motorsports with Wayne Taylor Racing after finishing fourth overall and first among rookies in the 2015 title-chase.

“Being with a new team, it’s all about learning and getting to know everyone," said Martin, from Perth, Australia, who posted the fastest time of 1:23.8430 (98.756 mph) in cool, windy but dry conditions this morning. “I haven’t been in the car for five months so it’s a matter of getting used to the car. We’ve definitely made some strong developments in the car and we’ve had good pace through this weekend, so hopefully we can take that over to St. Pete."

“It’s been a good two days," said Munro, who was fastest of the rookie contingent. “I’m still learning how to get the most out of the car. It’s a challenging track to try to learn but I put everything I learned yesterday to good use today. The car is feeling really good and I’m looking forward to the start of the season."

Parker Thompson, from Red Deer, Alb., Canada., was fastest in two of yesterday’s three sessions for Cape Motorsports with Wayne Taylor Racing. He ultimately turned the third fastest time, 1:23.9258, narrowly ahead of Ayla Agren’s 1:23.9560 for John Cummiskey Racing. The Norwegian driver, winner of the F1600 Championship Series in 2014, was quickest of all in the final session this afternoon.

“It’s been a fair while since I’ve been in the U.S. and to this track especially," said Lloyd, who competed in the first four USF2000 races in 2015 before returning to Australia where he won the inaugural CAMS Jayco Formula 4 Championship. “It took a few laps for me to get used to the car again but we found a good window. We managed to put in some pretty good times and be consistent over the two days."

The youngest driver in the field, 14-year-old Jordan Cane, from Bognor Regis, England, also topped one of the sessions for Team Pelfrey. The top 12 drivers all were within one second of the fastest time.