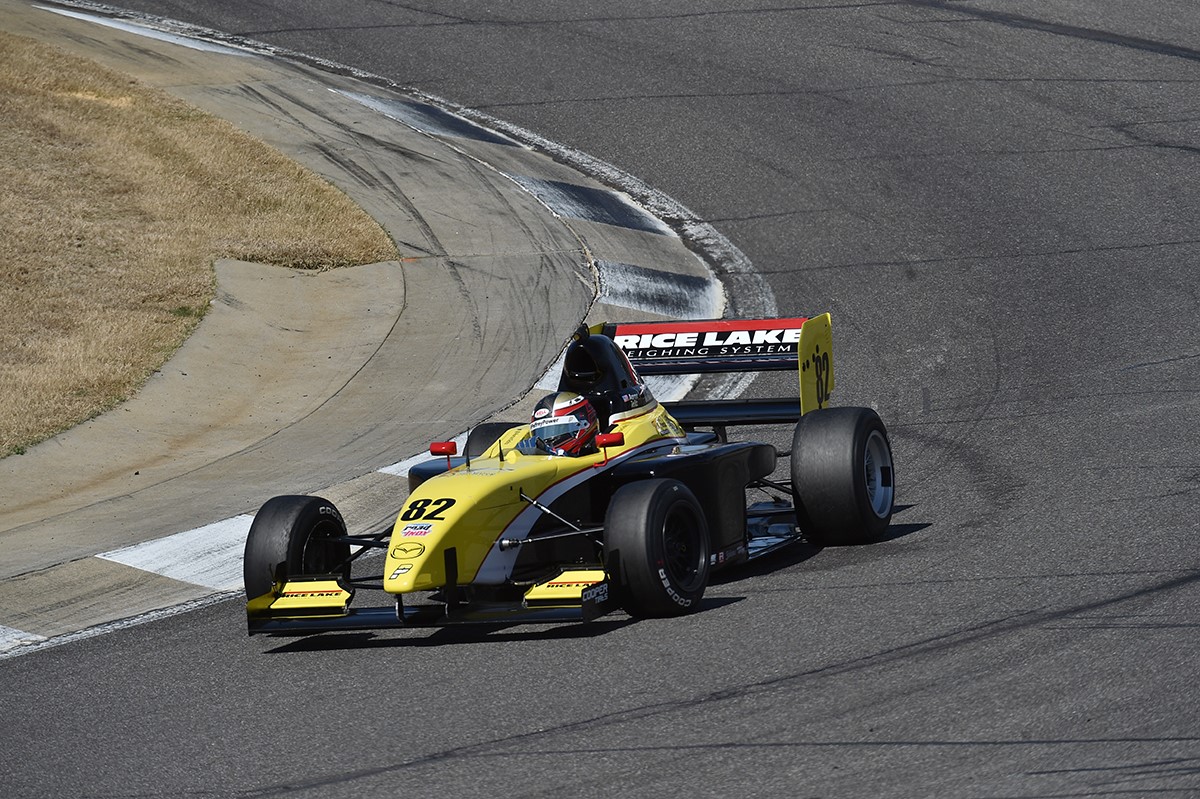 Aaron Telitz, from Birchwood, Wis., and Patricio O’Ward, from Monterrey, Mexico, today turned the fastest time for Team Pelfrey as drivers from the first two rungs on the Mazda Road to Indy, the Cooper Tires USF2000 Championship Powered by Mazda and the Pro Mazda Championship Presented by Cooper Tires, wrapped up a two-day “Spring Training" open test at Barber Motorsports Park in Birmingham, Ala.

A total of 11 Pro Mazda drivers took advantage of perfect weather conditions and an opportunity to make final preparations for next weekend’s opening rounds of the 16-race championship chase on the streets of St. Petersburg, Fla. The test also provided a valuable chance to gain experience in advance of the series’ return to the challenging 2.3-mile, 17-turn road course for a pair of races during the Grand Prix of Alabama Verizon IndyCar Series weekend on April 23-25.

Team Pelfrey, which guided Uruguayan Santiago Urrutia to the 2015 Pro Mazda championship, picked up where it left off by topping five of the six one-hour testing sessions held in gloriously sunny conditions over the past two days.

Telitz, who finished third in last year’s USF2000 championship, has taken to the more powerful Pro Mazda cars like a duck to water. He showed good pace in several independent tests in recent weeks and was fastest of all at Barber with a best lap of 1:20.7221, narrowly ahead of teammate O’Ward, 16, who finished sixth in the 2015 title-chase.

“I felt I did a great job getting up to speed," said Telitz, who opted to skip the final session in order to save a fresh set of Cooper tires for later in the season. “All three Team Pelfrey cars were quick. Going up against my two teammates, who have a great deal of experience in the Pro Mazda cars after having a full year under their belts, shows me where I can improve. We work really well as a team."

“The objective was to pick up right where we left off last season and to improve and make progress to get better and better for this season," added O’Ward. “It’s a very positive boost for the upcoming races."

“We went through a list of things we wanted to get done, which was a positive," said Grist. “We made some good changes, we made some bad changes but we learned either way. I think we’ll be really fast right out of the box at St. Pete."

Nico Jamin, from Rouen, France, the runaway winner of the 2015 USF2000 championship as well as a Mazda scholarship to assist in the graduation to Pro Mazda, was fifth fastest for Cape Motorsports with Wayne Taylor Racing.

The teams now will pack up and head to St. Petersburg, Fla., for the Allied Building Products Grand Prix of St. Petersburg. Official practice will commence on Friday morning, followed by one race apiece on Saturday and Sunday, March 12-13.