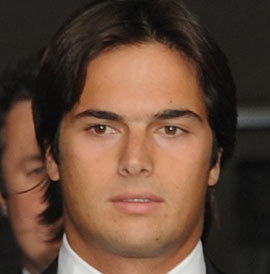 One of the most famous names in motorsport will return to the Le Mans 24 Hours this season as Rebellion Racing is pleased to confirm today that Nelson Piquet Jr will join forces with Nicolas Prost and Nick Heidfeld at the wheel of the #12 Rebellion R-One LMP1 AER powered car in the French classic in June.

To ensure Nelson Piquet Jr gets the most racing experience and mileage aboard the #12 Rebellion R-One LMP1 ahead of the 24 hour endurance event, the Brazilian ace will race at the opening rounds of the 2016 FIA World Endurance Championship at the 6 Hours of Silverstone and the 6 Hours of Spa.

Nelson Piquet Jr will drive the #12 Rebellion R-One LMP1 for the first time at the FIA WEC Prologue at the Paul Ricard circuit on March 25-26.

Nelson Piquet Jr (born July 25 1985 in Heidelberg, West Germany) is the son of three-times Formula One world champion Nelson Piquet and has a successful background and experience in a variety of top motorsport categories.

The Brazilian is the reigning FIA Formula E world champion. Nelson Piquet Jr proved his abilities across many motorsport disciplines successfully competing most recently in NASCAR, during which time he became the first Brazilian to win a top tier NASCAR race, and Rallycross, where he was again a race winner and title contender. He raced in Formula One for the Renault F1 Team in 2008 and 2009 after strong years in British Formula 3 (where he was Champion in 2004), A1GP and the GP2 Series, where he finished championship runner-up in 2006.

Nelson Piquet Jr : "I am thrilled to be joining Rebellion Racing for several races this season including, of course, the Le Mans 24 Hours. That race is one of the most special motorsport events in the world and I loved it so much when I raced there in 2006 that it has been very high on my list ever since to do it again. I couldn’t be happier than to be doing it with such a great team and together with Nico [Prost] and Nick [Heidfeld] as my teammates. I can’t wait to get in the car at Paul Ricard later this month to begin our preparations."

Bart Hayden, REBELLION Racing Team Manager : "We are very pleased to welcome Nelson Piquet Jr to the Rebellion Racing team. As the reigning Formula E champion, Nelson has been racing against Nico and Nick, but now the three of them will be partnering together in one car for Rebellion Racing and we are confident that they will be strong teammates. Le Mans requires the best level of preparation, so we are also pleased that Nelson will be able to drive for Rebellion Racing at the Prologue and the first two rounds of the FIA World Endurance Championship at Silverstone and Spa. We are only a few weeks away from the Prologue and are all looking forward to the start of the new season."