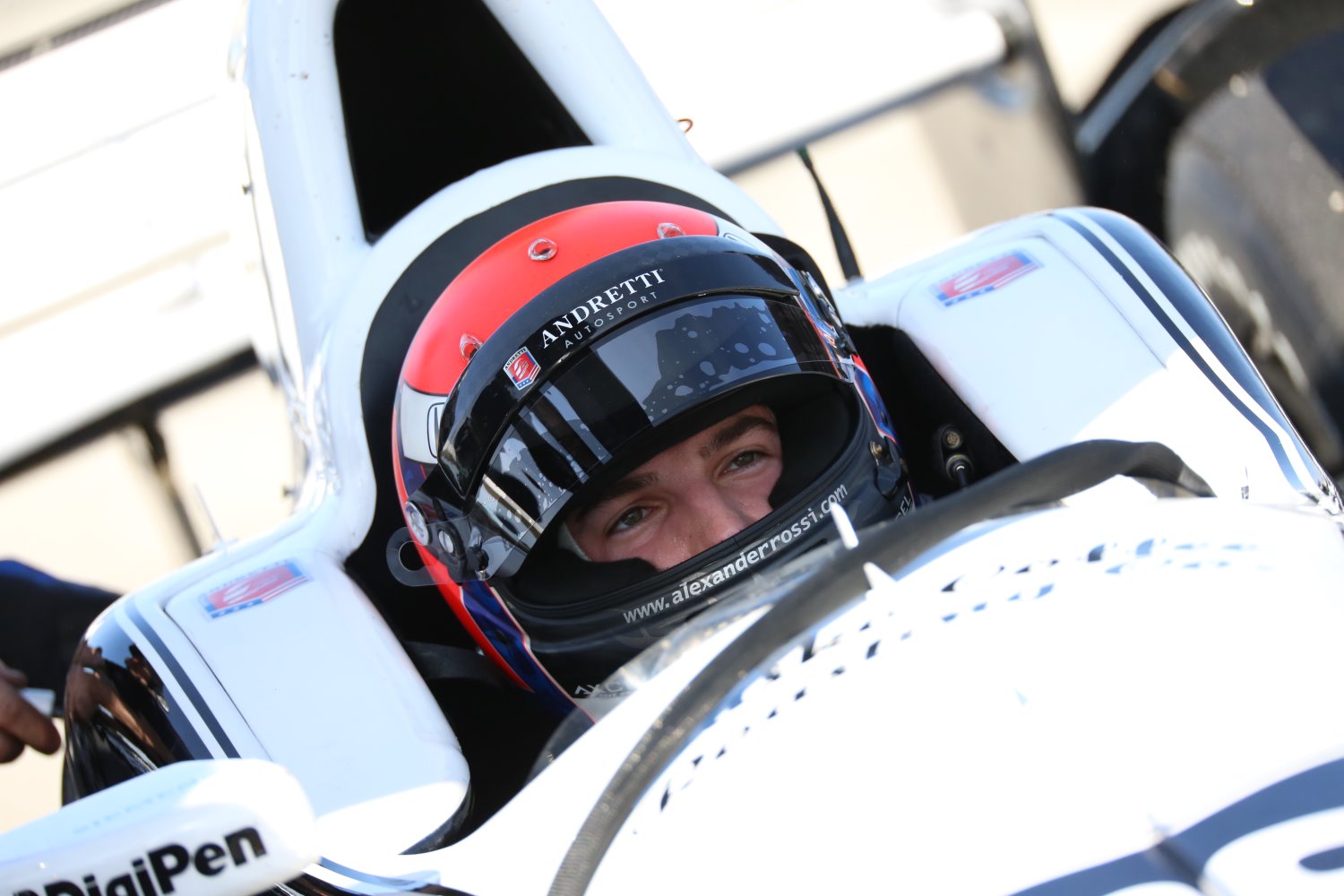 The two American drivers drove their race cars for the first time as part of a two-day test March 1-2 at Sebring (Fla.) International Raceway as teams prepared for the March 13 Firestone Grand Prix of St. Petersburg that opens the 2016 Verizon IndyCar Series season.

"It's been a positive day and a half, so far," said Rossi, who is transitioning back to the American open-wheel racing scene after spending the last several years climbing the European ladder series to Formula One. "The car is pretty similar to other things I've driven. There's quite a bit of downforce, which is fun for a driver to have. At the end of the day, it's an enjoyable car to drive and I'm looking forward to racing it next week."

Both drivers tested on March 1 along with Team Penske's quartet of Helio Castroneves, Will Power, Juan Pablo Montoya and Simon Pagenaud, KVSH Racing's Sebastien Bourdais and Rossi's Andretti Autosport teammates Marco Andretti, Ryan Hunter-Reay and Carlos Munoz. Most of the rest of the series field tested with Rossi and Pigot on March 2.

"The first set of tires was a bit of a learning experience, but I think by mid-morning yesterday, we were on pace with everyone else," said Rossi, driving the No. 98 Andretti Autosport Honda. "The adaptation came pretty quick, now it's just working on test items. I think we're pretty pleased with the way the team has come together and performed as a whole."

While it wasn't the first time Pigot, the 2015 Indy Lights champion, had driven an Indy car, he was working with Rahal Letterman Lanigan Racing for the first time in the No. 16 Honda he is scheduled to drive at St. Petersburg and in the Angie's List Grand Prix of Indianapolis and the 100th Indianapolis 500. He spent much of the time out of the car talking with engineer Neil Fife and with teammate Graham Rahal and his engineer, Eddie Jones.

"Really enjoying working with everyone and we've really improved the car over the last two days," Pigot said. "There's a lot of things for me to get used to with the car and the way the team operates, but they've been doing a great job getting me comfortable.

"Even though I've driven a car before, it's been so long since that test day that I had to re-learn everything anyway. The amount of speed you can carry through the corners because of the downforce and the grip of the tires is really impressive."