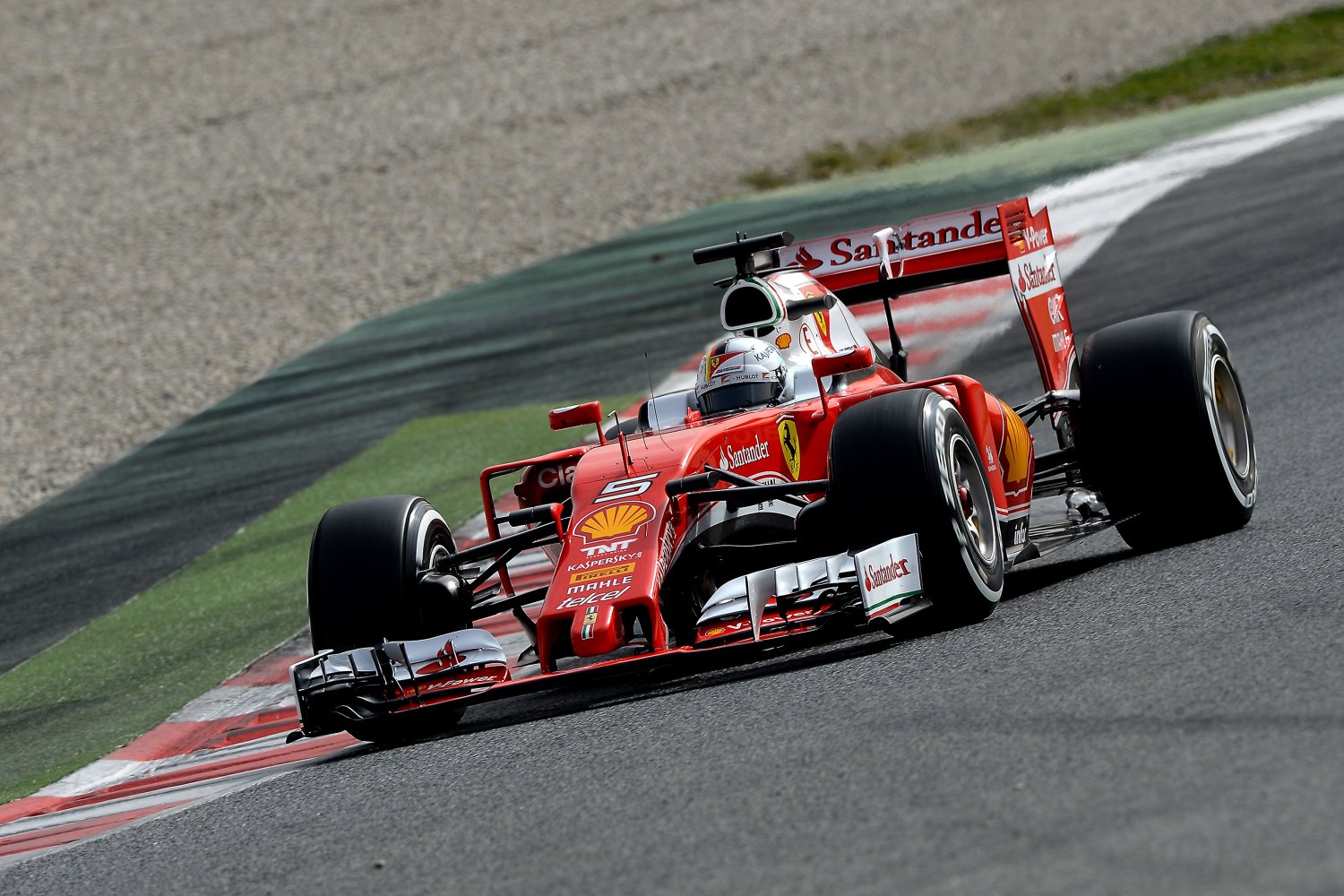 Ferrari therefore finished their pre-season having set the fastest overall time in each of the two tests, and in five of the eight days in total.

Vettel was also the day's busiest runner with 142 laps.

Carlos Sainz in the Toro Rosso was 2nd quick on the softest tire Pirelli makes (Ultra-Soft) 3/10ths behind Vettel.

Felipe Massa (Williams) and Sergio Perez (Force India) were 3rd and 4th on the ultra-soft tires.

Sandbagging Lewis Hamilton was 5th for Mercedes 1.3 sec behind Vettel but he was on the much harder medium Pirelli's. Mercedes never ran the really soft Pirelli's on all 8 test days, preferring to wait until Australia to smoke the opposition.

Sergio Perez briefly triggered a red flag period when he stopped at Turn 11.

Mercedes Lewis Hamilton also brought proceedings to a halt when his Mercedes hit issues for the first time this year in the closing stages of the morning.

Renault's Jolyon Palmer edged Ericsson for eighth, while behind Romain Grosjean put Haas 10th, marginally ahead of team mate Esteban Gutierrez – who subbed in for the final hours – and Manor's Rio Haryanto.

The teams now have 2-weeks to get ready for the season opener in Australia.