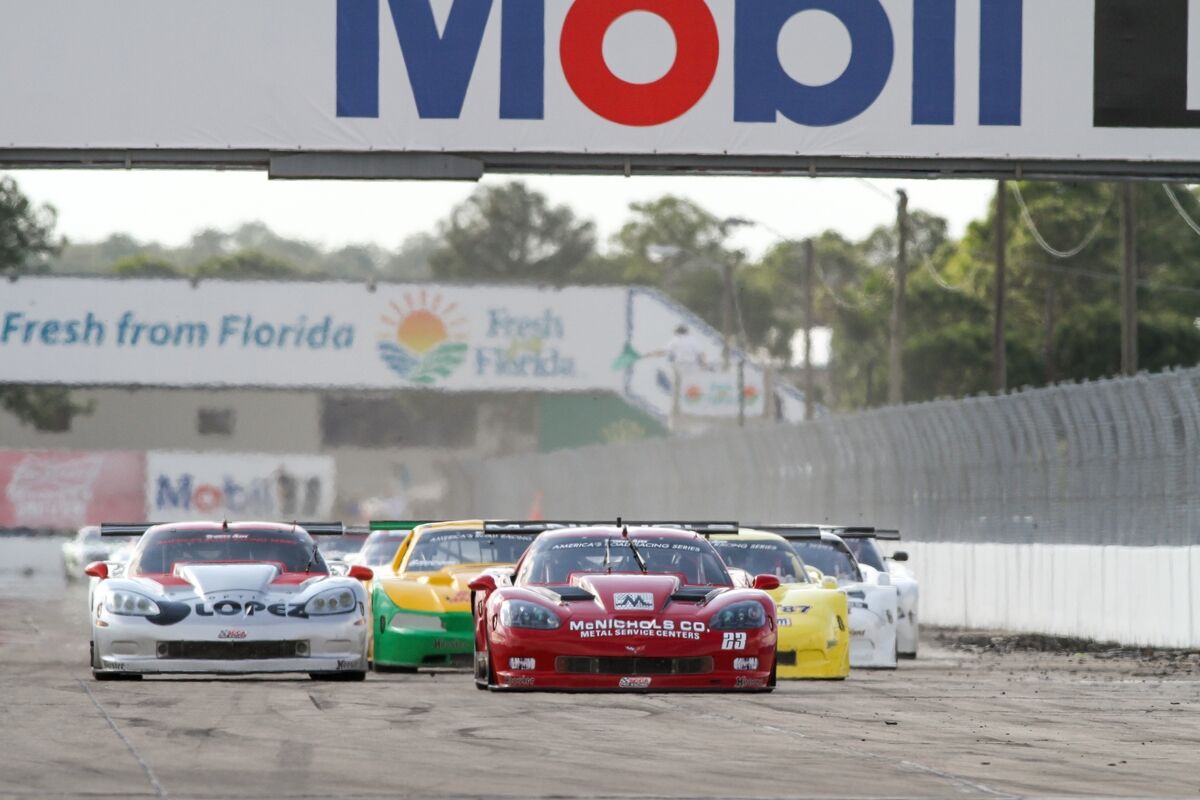 On March 25, 1966, a field of 44 cars took to the course at Sebring International Raceway for the Sebring 4 Hours, commencing what would become a 50-year phenomenon know as the Trans Am Series. On March 5, 2016, nearly 50 years to the day of that historic race, two Trans Am fields comprised of 79 cars will take to that very track in a celebration of five decades of America’s Road Racing Series while kicking off the 2016 Trans Am Championship.

The Trans Am Series season opener will be a true celebration of the Series’ history, pairing the modern Trans Am with the Sportscar Vintage Racing Association (SVRA) and the Historic Trans Am Series, creating an event that brings together the past and present of the iconic Series.

The event is currently slated for 79 competitors participate in two independent races: a TA2, powered by AEM, exclusive race and a TA/TA3/TA4/TA5 class race. If it stands, the field will set a record for the largest Trans Am entry ever, a fitting milestone for the Series’ 50th birthday. Joining in for the celebration and looking on at the competition will be legends from Trans Am’s past, with event Grand Marshal Bob Tullius, George Follmer, Lyn St. James, Willy T Ribbs, David Hobbs, Tom Yeager, Jack Baldwin and Ron Fellows all in attendance.

For current class Champions, Sebring will mark the beginning of a grueling title defense, as they look to defend their crown against an ever-growing field of competitors all vying for the honor of being a Trans Am Champion.

For Amy Ruman, driver of the No. 23 McNichols Company Chevrolet Corvette, it’s another chance to showcase the skill that saw her capture eight victories in 2015 enroute to capturing the TA class Championship—becoming the first woman in Trans Am history to do so. In 2016 she will look to replicate that brilliance once more, capturing a repeat victory on the track where her historic journey began one year ago.

In TA2 the ongoing pony wars between the Ford Mustang, Chevrolet Camaro and Dodge Challenger will rage on, with defending TA2 Champion Gar Robinson, driver of the No. 74 74 Ranch Resort Chevrolet Camaro, ready to defend his title against a host of 35 other drivers—creating the largest TA2 field ever.

For the 21 year old Robinson the challenge is immense, with the depth of talent in the TA2 field increasing with every given race. Now both names familiar and relatively unknown are streaming into the seemingly ever-growing class all vying for their shot at the TA2 title.

Two-time Champion Wally Dallenbach, Jr., will be making his full-time return to the Trans Am Series at Sebring, joining the likes of Lawrence Loshak, Tony Buffomante, Tommy Archer, Tony Ave and Dillon Machavern, as well as Robinson’s own teammate Shane Lewis and last year’s Championship Runner-Up Adam Andretti who went down to the last lap with Robinson for the title in 2015.

That talent pool will be injected with a new in flow of talent with Carlo Falcone, Peter Klutt, Robert Mesmer, Brian Kubinski, Roberto Sabato, Leo Voyazides, Curt Vogt and Louis-Phillippe Montour ready for their rookie seasons. Together the field creates one of the most competitive and challenging platforms in road racing, a continuation of the pony wars that helped forge the Trans Am legacy known today.

The TA2 show will only be enhanced by the debut of the 2016 Chevrolet Camaro and 2016 Ford Mustang bodies, as the Series looks to maintain the modern fit and trim of the legendary muscle cars.

Trans Am will continue paying homage to its production racing heritage with the recently restructured TA3, TA4 and TA5 classes with 20 entries slated across them for the Sebring event.

In TA3, the home of Dodge Vipers, Chevrolet Corvettes, and European exotics, defending Champion Lee Saunders, in the No. 84 Landsearch LLC Dodge Viper ACRX, will look for a three-peat at Sebring with another potential victory against a mix of talent including the Epic Motorsports team of Michael Camus and Randy Mueller and former TA3 Champion Jason Berkeley, as well as the returning veterans Fernando Seferlis, Hugh Boocher and Mel Shaw.

The newly formed TA4 class will feature the familiar production American Muscle of the Ford Mustang, Dodge Challenger, and Chevrolet Camaro. For Ernie Francis, Jr., driver of the new No. 98 Breathless Pro Racing/ Beta Tools Ford Mustang, it is another opportunity to cement himself as one of the great young talents in road racing, as he begins a campaign for a third consecutive Trans Am title.

Francis will be sporting a new ride as he transitions from his previous ride in the Chevrolet Camaro to the Ford Mustang platform. The Florida native will also aim to improve upon his sixth place finish at Sebring last year, one of the few blemishes on his impressive eight win season in 2015. Looking to knock Francis off the top step are eight other TA4 competitors, including Todd Napieralski, last year’s runner up to Francis in the now replaced TA3 American Muscle, and veterans Rob Bodle, Todd Napieralski, Mike Geldart, Dave Ricci, Robert Korzen, and Steve Kent, Jr.

The TA4 class will also be bolstered by the addition of two new faces: Tristan Herbert and Brain Kleeman.

Finally, Trans Am will see the addition of TA5 to the Series’ roster, with the Porsche exclusive class, now on racing slicks, making its formal debut at Sebring. The maiden field will include veteran Milton Grant as well as newcomers Tim Kezman, Mark Boden and Conor Flynn.

In addition to the Trans Am Series’ events, the celebration will include a multitude of SVRA races and events as well as the Historic Trans Am Series, featuring the authentic legendary machines that have come to represent the Trans Am legacy. Among those cars will be Sam Posey’s Dodge Challenger, Parnelli Jones’ iconic Boss 302 Mustang, and Mark Donohue’s Javelin and Chevrolet Camaro.

Fans can keep up with all the action throughout the Trans Am weekend at www.gotransam.com, on Facebook at www.facebook.com/gotransam and on Twitter at @gotransam

Round 1 of the 2016 Trans Am Championship event schedule: