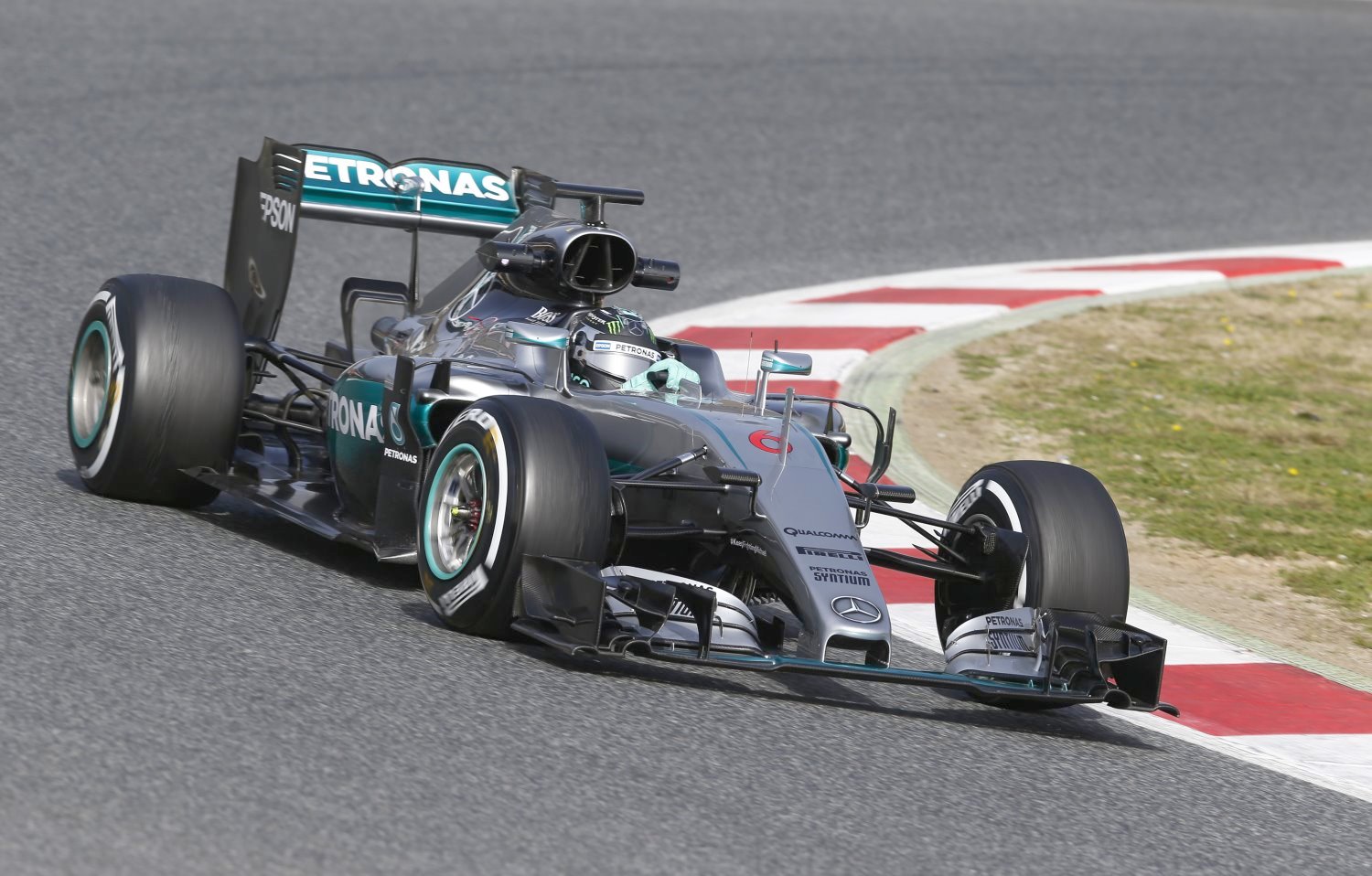 Nico Rosberg set the pace as Mercedes used soft tires for the first time in 2016 pre-season Formula 1 testing at Barcelona on Tuesday as Mercedes begins to demonstrate its true pace.

The world champion team chose not to run any soft tires last week as it focused on logging mileage in search of reliability, with Lewis Hamilton and Rosberg managing 675 laps between them.

With Mercedes opting to split its driver time between Nico Rosberg and Lewis Hamilton to a session per day, the German completed a race simulation before strapping on the yellow-banded soft Pirelli tires and set an impressive 1m 23.022s. The time remained undefeated through the entire afternoon session and is the second quickest time from combined pre-season testing – only two-tenths off of Sebastian Vettel's best time on the purple ultra-soft compounds.

Valtteri Bottas took a run at the fastest time with the new ultra-soft tires but trailed by 0.207s, which could be a small indication of the Mercedes advantage, albeit without knowing the fuel loads of each timed lap.

Fernando Alonso was the only driver other than Rosberg to run the softs, with the Spaniard going third quickest, 2.230s off the pace. Alonso was then responsible for the first and only red flag of the day when he stopped at the pit exit with less than a minute to go.