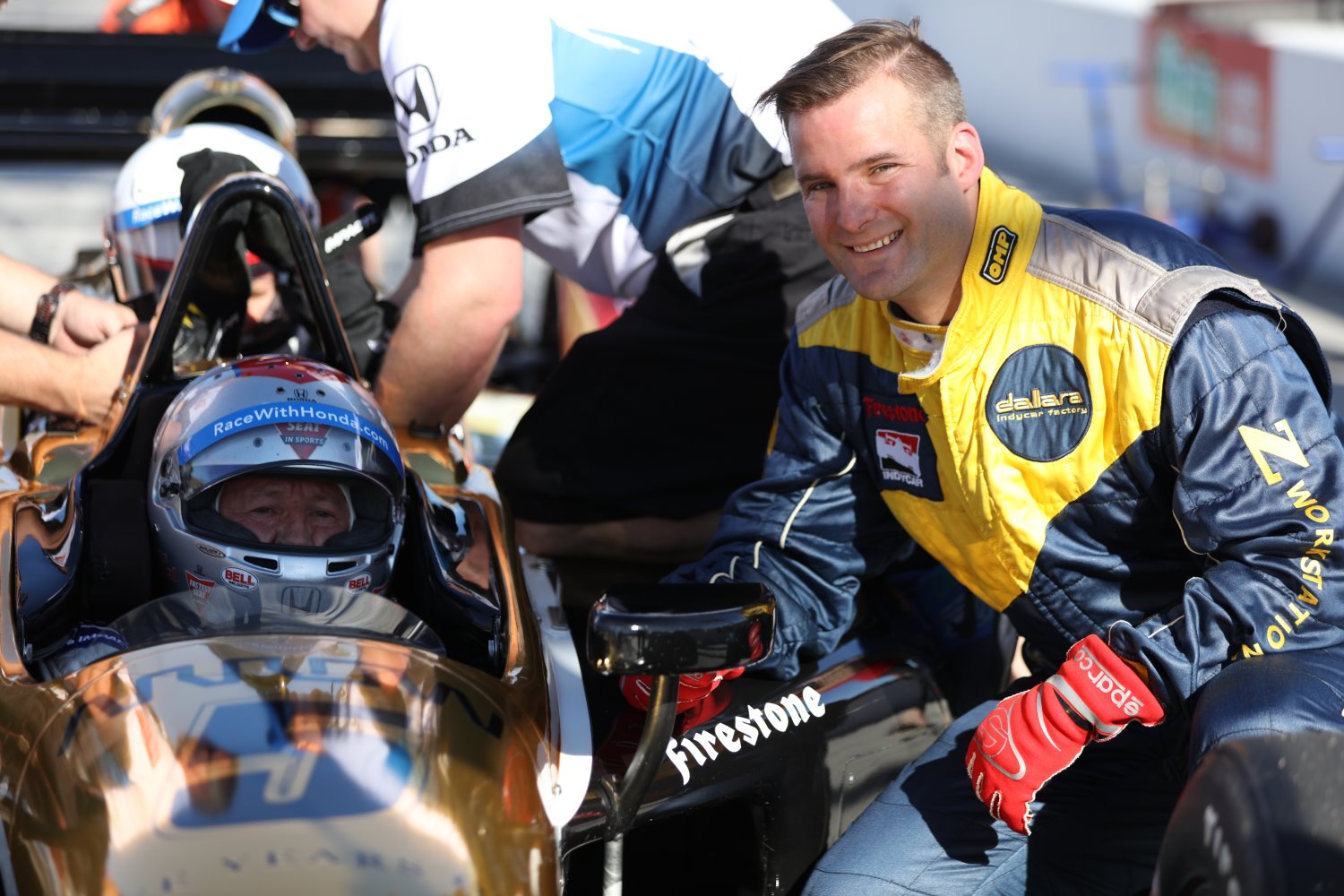 Col. David Shoemaker is vice commander of the 56th Fighter Wing at Luke Air Force Base in Arizona, so he knows something about going fast. But getting a ride around Phoenix International Raceway from legendary Mario Andretti in the INDYCAR Experience two-seater Feb. 27 was enough to get the military veteran's heart racing.

"Riding in an Indy car with Mario Andretti would have been on my bucket list if I knew it was even a possibility. That's the absolute truth. That was unreal. Speed isn't new to me, but speed to us is at a reference of 500 feet, not at 1 foot over the ground. That was unbelievable, unbelievable. Great," Shoemaker said.

The Valley of the Sun welcomed the Verizon IndyCar Series back to Phoenix International Raceway last weekend.

Competing en masse for the first time at the historic 1.022-mile oval since 2005, 21 drivers participated in the two-day promoter test that served as a preview for the upcoming Phoenix Grand Prix on April 2 (8 p.m. ET, NBCSN). More than 5,300 laps were completed, with 18 drivers clocking times faster than the official track record set two decades ago by Indy car great Arie Luyendyk.

Tyler Clippard, who pitched in the 2015 World Series for the New York Mets before signing in the offseason with the Arizona Diamondbacks, received a two-seater ride from Andretti. And so did his mother.

"That was the most surreal thing," Clippard said. "It didn't really make sense what the car was capable of doing. When I was in it, I was like 'we should not be going this fast and be able to turn this much.' So it was incredible.

"Mario Andretti is the coolest thing for me and my mom. I've been to multiple Indianapolis 500s, my mom's been to 30 of them. She's a lifelong Mario Andretti fan, so I'm just so glad to get her out here and be able to do this. But for me, too, this was cool. Especially with Mario behind the wheel."

Stephen King, an animator at Lucas Film, is another race fan who loved his two-seater ride around PIR with Andretti.

"This is a lifelong dream for me," he said. "I vividly remember when I was 9, my dad taking me to my first race when it was in Vancouver and Mario was driving and his son (Michael) was driving. It was the early days and the security wasn't really that good, so I was close up to action and just watching them go by and feeling like 'I want to do that.'

"Unfortunately, I'm 6-foot-3 so that's a little hard. But to be able to go do that was amazing, a dream come true, my bucket list, everything. My dad's going to freak out when he finds out Mario Andretti drove me around the track." Morning Call