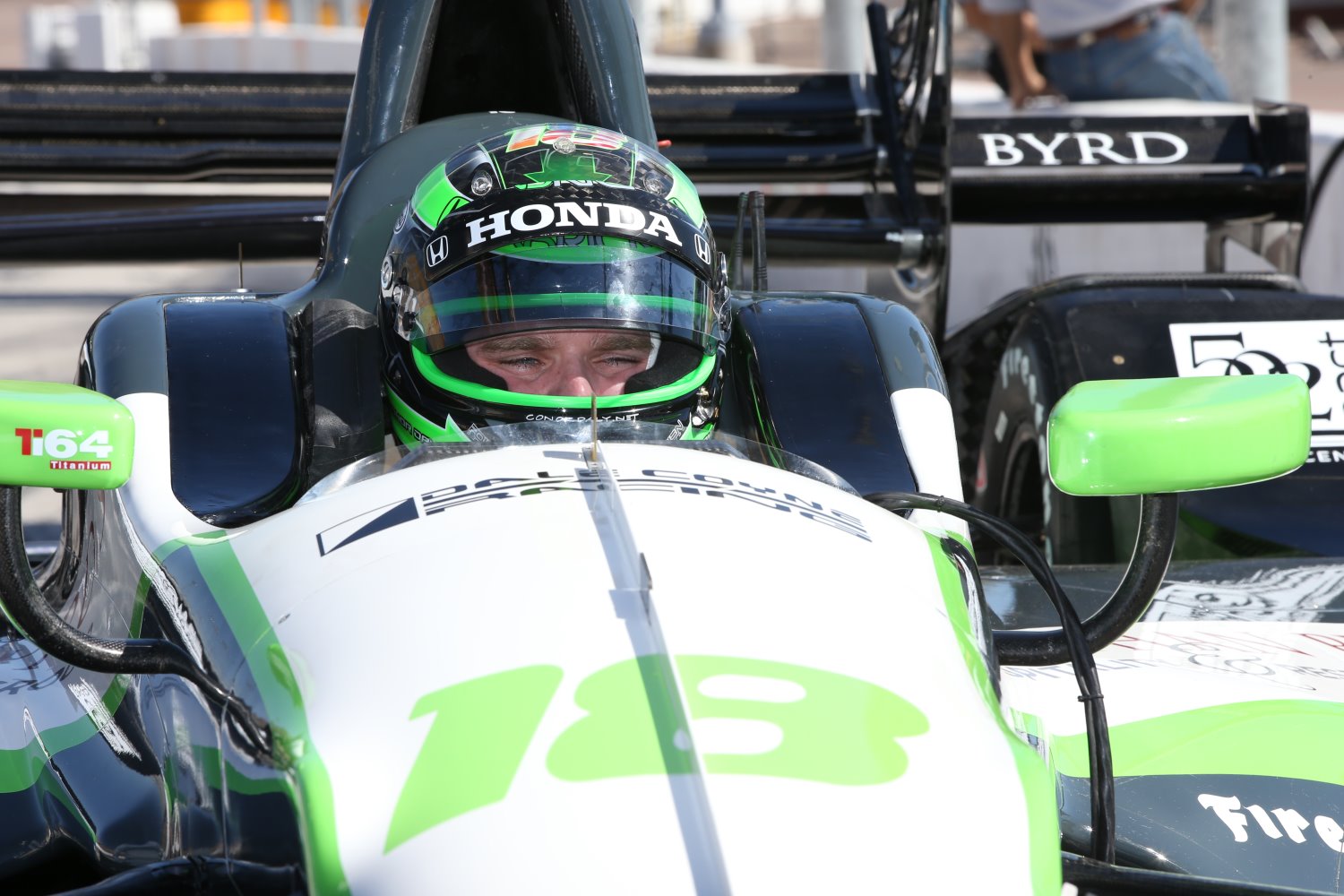 With this being the first visit for Daly at a 1-mile track aboard an Indy car and only the second-time for Filippi, the pair knew that it was going to be an intense learning curve.

Despite their lack of practice at this type of track, the two drivers impressed over the course of the two days gaining tons of experience and gathering loads of data that will be useful for when the team comes back to race at PIR on April 2, 2016.

Daly did a combined total of 255 laps with Filippi orbiting the track 233 times. They simulated different kinds of racing conditions, including running alone as well as on full tanks in traffic and achieved everything they set out to accomplish prior to arriving at PIR.

Filippi ended the final three-hour test session on Saturday night in sixth place with a best lap of 19.6833 seconds while Daly found himself in eighth with a fastest lap time of 19.7490.

The Dale Coyne Racing team will be back on track on March 2, 2016 at Sebring International Raceway for a one-day test at the historic track.

“I’m feeling good with how things went. We’re just working away. We’re a couple of days behind other teams that have tested here, which is to be expected. Information is very important. They have some and we have a little bit less. It’s just about working through that, getting used to the track, getting used to everything. It’s all new for both Luca and I here. I’m happy with what we’re doing, it would have been nice maybe to have a few more sets of tires to run some things but it is what it is. I’m just happy to continue working and that’s the thing that we have to do. It doesn’t matter where we are on the time sheet right now, there’s no winning here, it’s one of those things that we’re happy with what we’re doing.

“Running in traffic, at night, is pretty hectic. Cars are lively, that’s for sure. We could probably use a little bit more downforce in traffic in a race situation but it’s fun, as well. It’s cool to experience this because it’s new for me. It’s going to be a challenge but we just need to keep working on our car in traffic and by ourselves as well and see what happens."

“Driving at night was a new experience for sure. Running in the dark on an oval in an Indy car was new to me, it wasn’t easy but it was exciting. I had to set some references and learn. It’s a different vision and different sort of environment that you find out there.

“Today, I felt more confident and we had a solid session. We had more things to try and also myself, I’m also learning, especially in traffic. So far I’m enjoying it.
“It was nice to have two days of testing here because every time you learn something new it’s always good to sleep on it and the day after it’s already more conventional and everything comes a little more automatic, maybe not as much as I’d like but I’m still happy and positive. I definitely feel that we are going in the right direction."