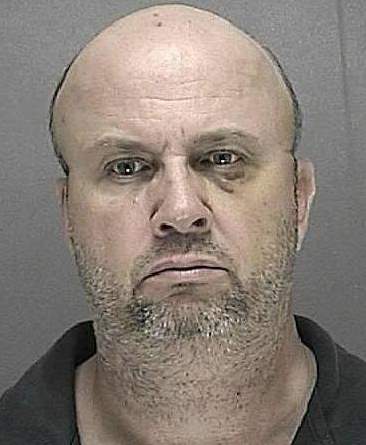 A Georgia man who burglarized race-team trailers at Daytona International Speedway and other tracks and kept trophies of his misdeeds, including the racing credentials from "Dr. McDreamy," was sentenced on Friday to 10 years in prison.

Steven Garry Sanders, 55, of Macon, Ga., must also serve five years probation once he gets out of prison. But Sanders must first finish the five years in prison he is currently serving for thefts from a raceway in Manatee County. Sanders must also pay restitution of about $15,000 to the victims of his crimes and nearly $10,000 in the cost of investigation to the Daytona Beach Police Department. Sanders was also trespassed from Daytona International Speedway.

Sanders kept a ledger of the thefts along with some trophies of the loot, including Rolex watches and racing credentials belonging to drivers. One of those credentials was from Patrick Dempsey, aka "Dr. McDreamy" from television's "Grey's Anatomy" who has raced in the Rolex 24 at Daytona International Speedway.

Spencer Hathaway, the spokesman for the 7th Circuit State Attorney's Office, said it was unclear whether Sanders stole the credentials during a Rolex 24 or some other race.

Sanders committed 13 separate burglaries at Daytona International Speedway between 2007 and 2012, Assistant State Attorney Tammy Jaques said. Sanders would steal cash, credit cards and debit cards and then use the loot to buy things at big box stores as well as McDonald's and other merchants, reports state.

Sanders faced from about 39 months up to 110 years in prison at his sentencing on Friday. Jaques asked for 30 years, saying that would ensure that fans and racers at Daytona International Speedway would be safe from Sanders' pilfering.

Sanders' defense team of Eneid Bano and James Crock, who was retained only in the last couple of weeks, argued that Sanders had the money to make the restitution with the help of a sister who was chipping in $3,000. Sanders has an elderly 84-year-old mother and a disabled uncle that he needs to help care for, the defense attorneys said as they asked for prison time closer to the 39 months or just over three years. But Jaques countered that Sanders' mother was already elderly when he was committing the crimes.

Bano and Crock said after the hearing that factoring in credit for time served of 1,291 days, Sanders might be free in only a fraction of the time, maybe about two years. Frank Fernandez/Daytona Beach News Journal