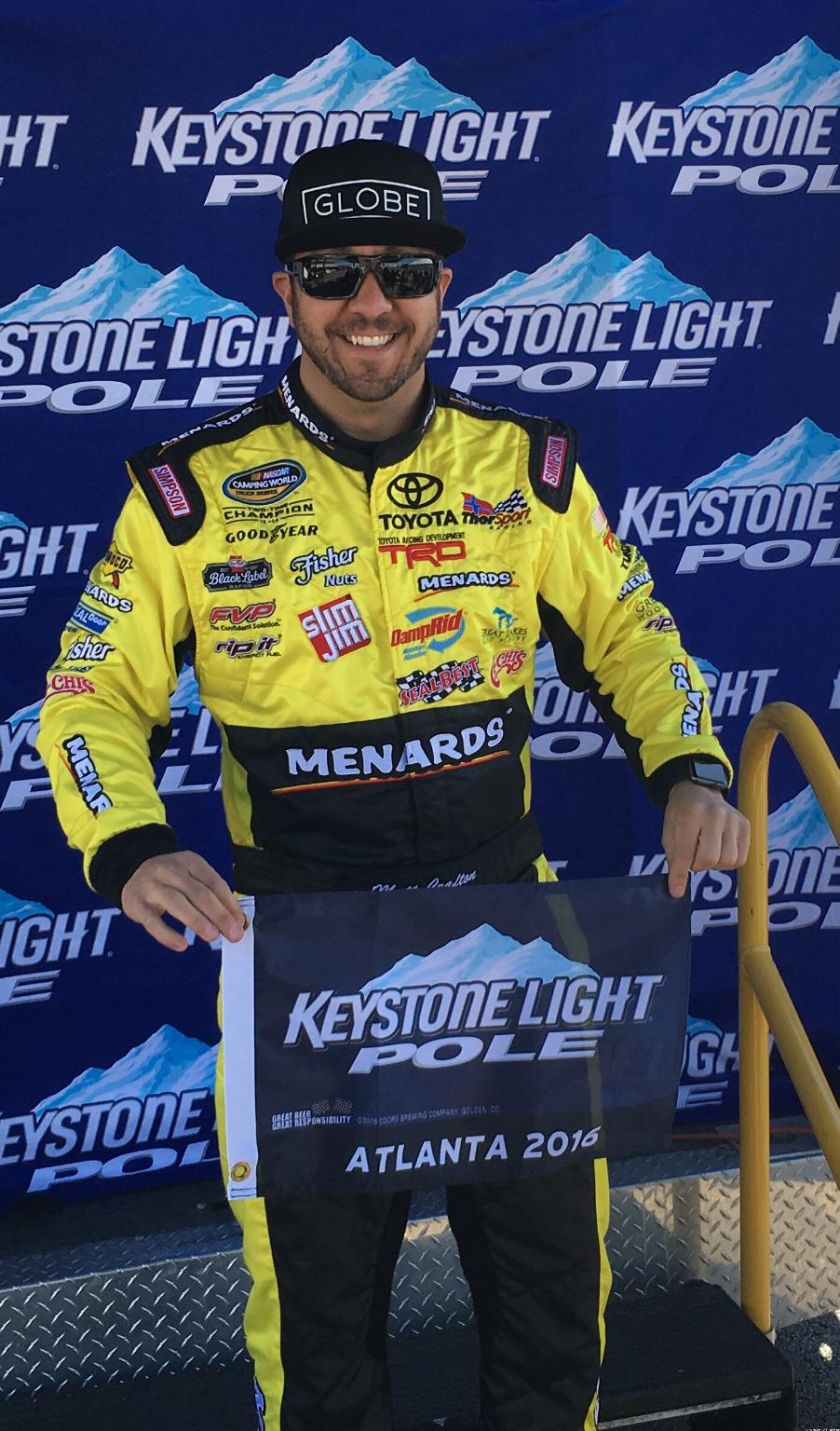 Matt Crafton will lead the NASCAR Camping World Truck Series field to the green flag in Saturday’s Great Clips 200 at Atlanta Motor Speedway after taking the pole in the morning qualifying session.

Crafton finished fourth on the opening round of qualifying behind Christopher Bell and wasted little time jumping to the top of the speed charts in the second round, knocking Cameron Hayley from the pole with a speed of 179.790 mph.

It was Crafton’s first career truck series pole at Atlanta and 12th of his career.

Jon Wes Townley and Grant Enfinger took a shot in the waning moments of the final qualifying session, but came up short with Townley taking second at 179.685 mph. Enfinger, looking to scored his second pole in two weeks, settled for third at a speed of 179.662 mph. Bell (179.371) was fourth, followed by Hayley (178.758).