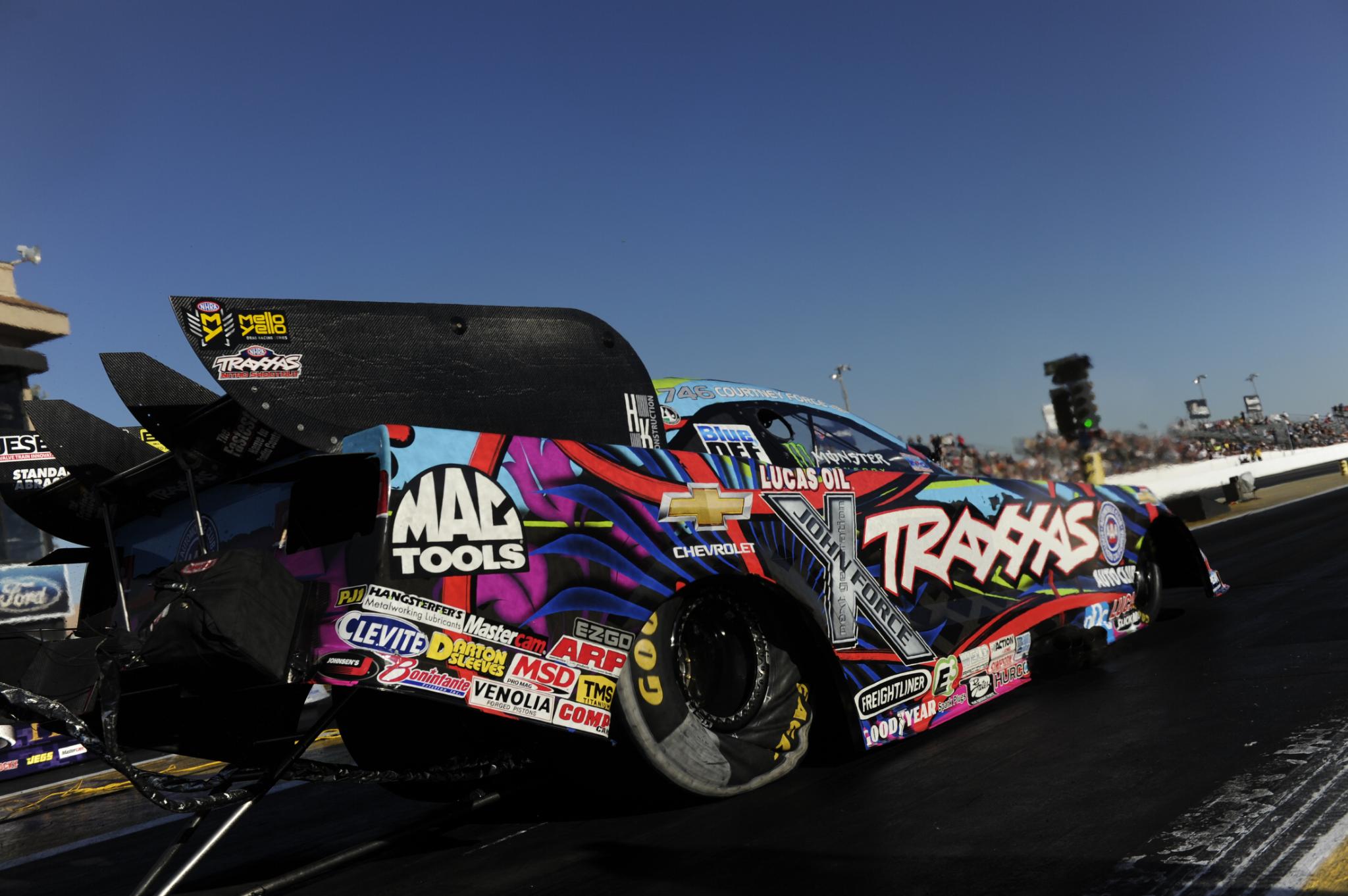 Courtney Force raced to the qualifying lead in Funny Car Friday with a track record performance at the CARQUEST Auto Parts NHRA Nationals.

Courtney Force, who is looking to redeem last season’s finish with a strong early season start, led the Funny Car field with a track record time of 3.930 seconds at 323.97 mph in her Traxxas Chevrolet Camaro, while defending Top Fuel world champion Brown led Top Fuel qualifying with a 3.765 at 319.45 in his Matco Tools dragster to knock off rival Doug Kalitta’s 3.771 at 323.12 in his Mac Tools dragster.

Bo Butner was quickest in Pro Stock, clocking a 6.618 at 208.88 in his Jim Butner Auto Sales Camaro that held up through two rounds, holding off Greg Anderson by 0.06 seconds. He was also the top qualifier after Friday at the Winternationals in Pomona.