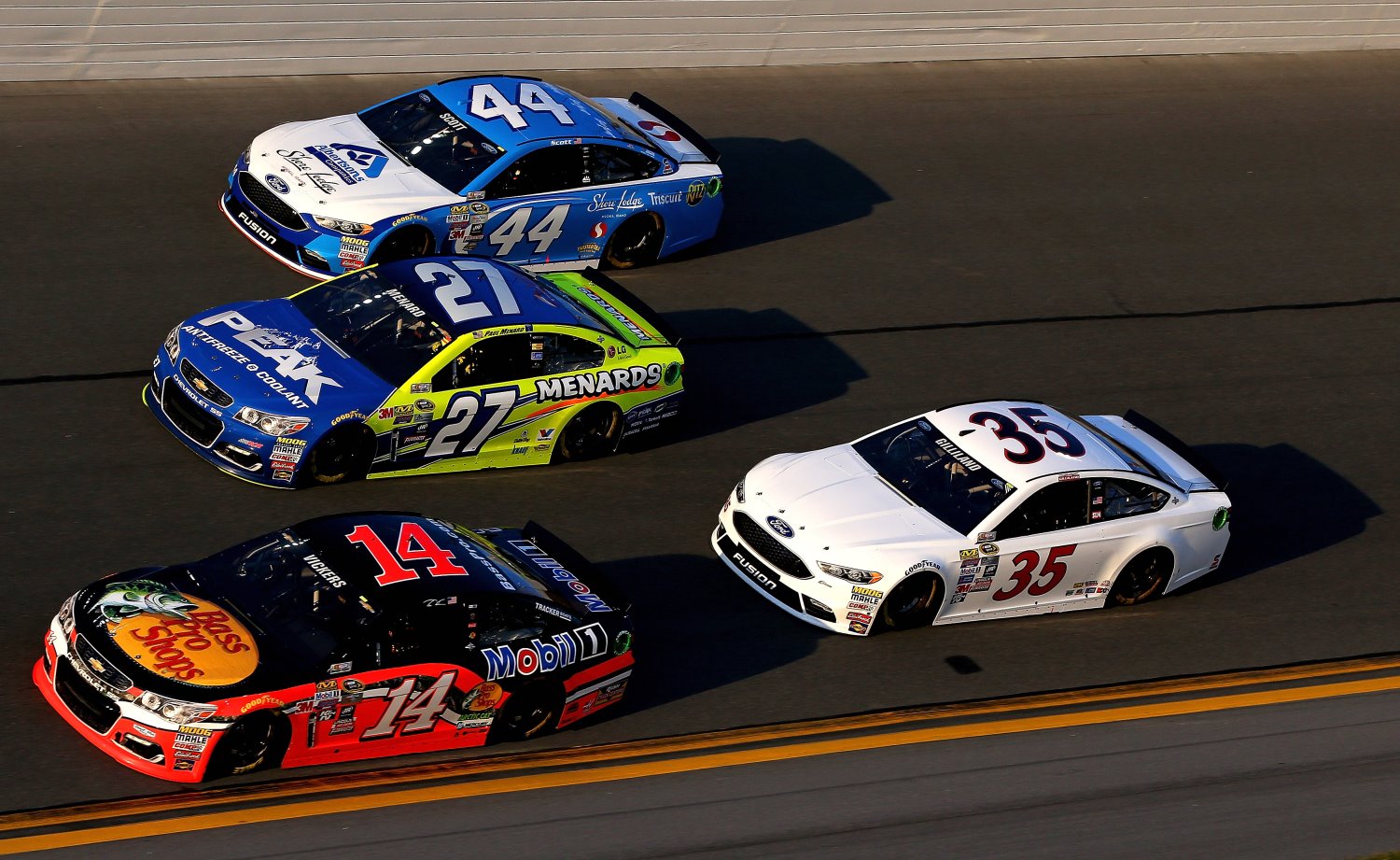 All eyes will be on the guys up front during Sunday's NASCAR race at Atlanta Motor Speedway. It might be worth taking a look at who's running toward the back. Or, more accurately, who isn't there. Only 39 cars showed up for the second race of the Sprint Cup season, the lowest number of entries in more than two decades. It marks just the third time since NASCAR standardized the fields in 1998 that there aren't enough cars to fill every available slot.

While the reduced numbers won't affect front-runners such as Daytona 500 winner Denny Hamlin – after all, we're talking about low-budget drivers who probably would've been lapped early in the race – it does drive home the end of an era. Farewell to those penny-pinching teams that merely want to go fast enough in qualifying to hang around through the weekend. This season, NASCAR will be hard-pressed to get the new maximum – 40 cars – on the track each week. By the end of the year, it wouldn't be surprising to see as few as 37.

If lacking a charter, it simply doesn't pay to compete on a regular basis unless you have a major sponsor, like the Wood Brothers. The race purses are still a bit of a mystery under the new arrangement, but it seems the charter teams are claiming a hefty piece of that pie, too, with an eye toward nudging out the start-and-park teams that showed up merely to collect a last-place paycheck.

Even after scaling back the 43-car field, which had been in place for 18 years, NASCAR didn't even hit the new target just two weeks into the season. This is the smallest number of teams at a Cup race since 35 attempted to qualify for the 1993 Goody's 500 at Martinsville Speedway, and more contraction is likely. The season-opening Daytona 500 drew only 44 cars – the lowest number of entries in the 58-year history of NASCAR's most storied event. Associated Press