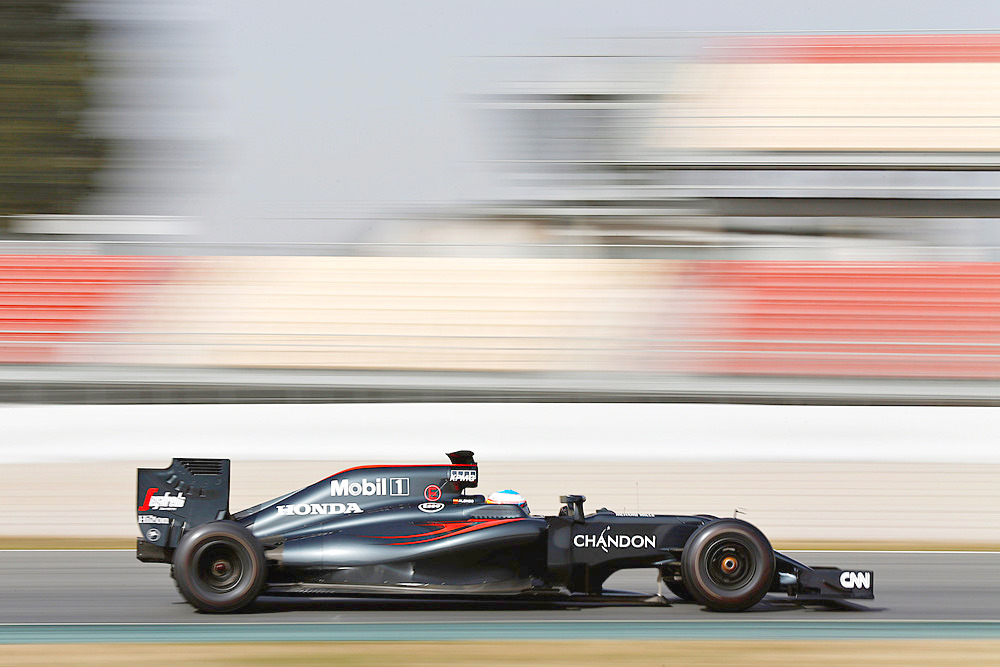 Fernando Alonso is staying positive on the back of his and McLaren-Honda's first pre-season test, despite a series of reliability issues.

Alonso was limited to just a number of installation laps on the last day of the first test at the Circuit de Barcelona-Catalunya owing to a coolant leak, however the Spaniard completed 119 laps on Tuesday in the MP4-31.

Jenson Button also suffered reliability woes in the form of a hydraulic issue on Wednesday, with the Briton completing just 51 laps.

Despite their issues, however, McLaren look to be better prepared than they were 12 months ago, ahead of what was a disastrous 2015 season.

"It was a disappointing day after starting the first couple of days of the test so positively," Alonso commented.

"Still, it's good news that although the issue we had on the car meant we had to miss a lot of [Thursday's] running, it's not a major problem and will be fixed in time for next week.

"Overall, we've managed a good number of laps during this test, which means we have a lot of data to analyze and learn from."

As the second test looms, Alonso is confident the team can make gains on track.

"Over the weekend we'll work hard to get everything prepared for next week, with the aim of getting as much time on track as possible," he said.

The second four-day test in Barcelona gets underway on March 1.