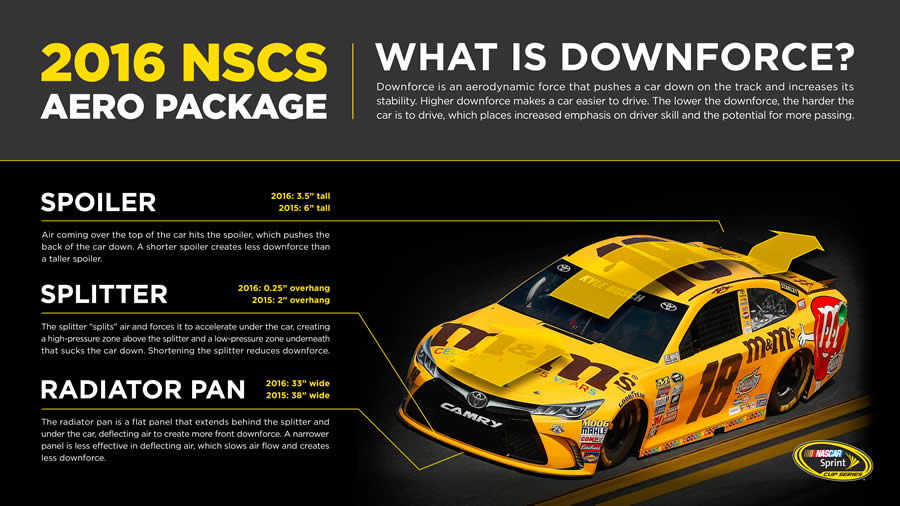 This weekend, the NASCAR Sprint Cup Series will debut its much-anticipated lower downforce 2016 aerodynamics package. The package is similar to the ones used at Kentucky and Darlington last year. Lowering the downforce on a car makes it harder to drive, which puts more emphasis on driver skill and increases the potential for more passing.

Changes to the car for this season's aero package include reductions to: