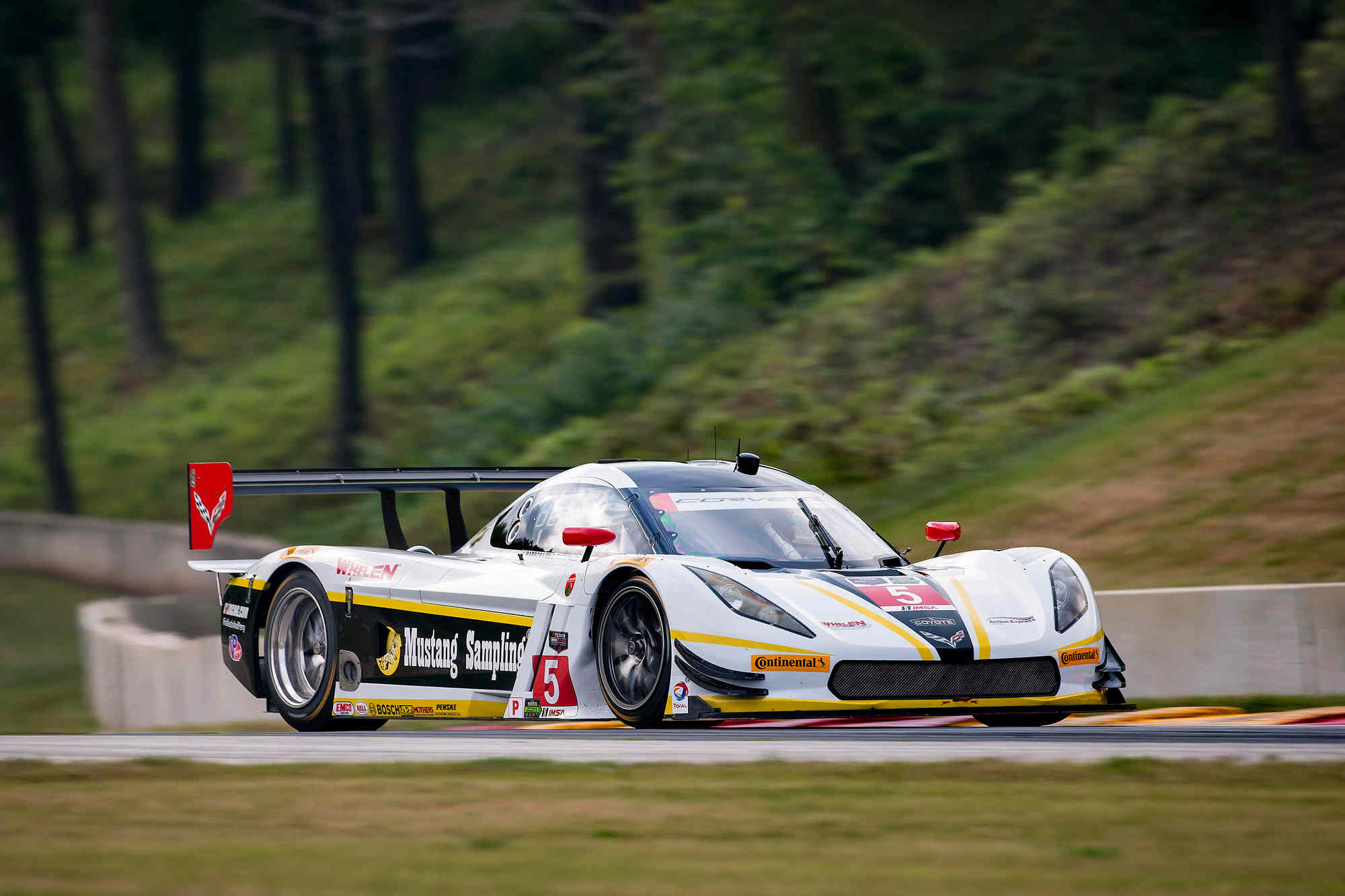 The No. 5 Corvette DP of Christian Fittipaldi led the way, posting a 1:51.965 lap in the afternoon session to go quickest of the day.

The reigning Prototype class champion, who is testing without Joao Barbosa this week due to a fractured wrist, was 0.226 seconds quicker than teammate Dane Cameron in the No. 31 Whelen-backed Corvette DP.

DragonSpeed’s new Oreca 05 Nissan, in the hands of Nicolas Lapierre, completed the top-five overall and in the P class.

Prototype Challenge was paced by the No. 54 CORE autosport entry of Colin Braun, who recorded a best lap of 1:53.888 in the team’s upgraded Oreca FLM09, which features electronics and engine updates.

Braun’s time was nearly 1.5 seconds quicker than the No. 52 PR1/Mathisen Motorsports entry of Tom Kimber-Smith, which was running without the updates.

CORE, as well as JDC-Miller Motorsports are testing the new developments this week, with the remainder of the PC teams expected to have them in place for the race.
BMW Team RLL led the way in GT Le Mans, with Bill Auberlen reeling off a quick time of 1:58.780 in the morning session to go quickest of the day.

It was 0.293 seconds quicker than the No. 62 Risi Competizione Ferrari 488 GTE in second, with the No. 911 Porsche North America Porsche 911 RSR completing the top-three.

New Ford GT addition Scott Dixon turned his first official laps in the No. 67 entry on Thursday, setting the car’s quickest time in the afternoon.

Times in the afternoon session for both GTLM and the GT Daytona competitors were generally slower.

The pair of Stevenson Motorsports Audi R8 LMS cars led the way in GTD, thanks to Lawson Aschenbach’s 2:01.822 lap set in the opening session.

A heavy accident for the No. 27 Dream Racing Competition Lamborghini Huracan GT3 brought out a red flag during the morning session, with the driver reportedly unhurt, although the car ended up on top of a tire barrier. Sportscar365.com