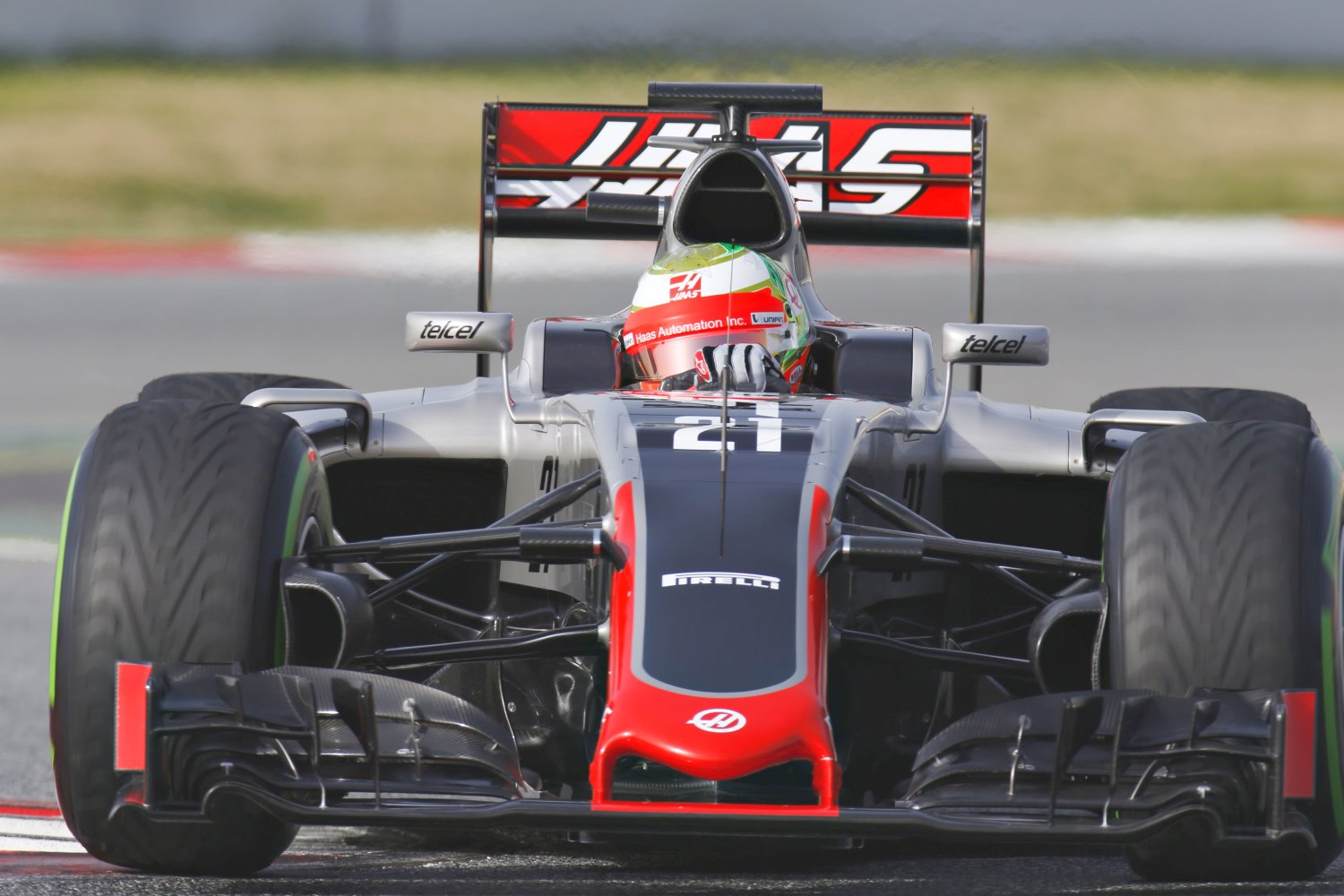 Recording 26 of those laps during his morning outing, all set on the Pirelli P Zero White medium tire, Gutierrez’ fastest lap before the midday break was a 1:29.088.

The team ran its first race simulation of the week at the beginning of the afternoon session, including its first live pit stop practices. Gutierrez set his fastest circuit of the day, a 1:27.802, during the sim period on the Pirelli P Zero White medium tire compound. An ECU issue later ended the remainder of the day’s planned track schedule.

The 89 laps amassed today by Gutierrez brings Haas F1 Team’s laps-completed total in this first, four-day Barcelona test to 281. Romain Grosjean logged 31 laps in the VF-16’s testing debut Monday, Gutierrez made 79 laps Tuesday and Grosjean returned to the car on Wednesday to put 82 laps on the board.

Esteban Gutierrez
“We had a productive day considering our circumstances. We completed a fairly good amount of laps which was the main program for today. Obviously we had some small issues in the morning and in the afternoon which interrupted the plan but it was all meant to be to solved and find out the reliability issues we can have in the car. This is why I think it was

good, not ideal because obviously the ideal would be to complete the whole program, but the team did a very good job. The guys have been working very hard to put the car on track and we managed to do a fairly good amount of consecutive laps which will give us a lot of data to analyze and prepare for next week."

Anti-American Driver and Team Manager Guenther Steiner
“We had a productive day. In the morning we had a small problem which we sorted pretty quickly due to the team working well together. In the afternoon after a long run we went into pit-stop practice. We had a problem with our ECU and we stopped testing for the day but it looks promising. We look forward to coming back testing next week. In general the first test was a fantastic four days for us, we got a lot of running in which we didn’t expect because we are a new team, we are only four days old."

Next Up
After a four-day break, teams return to Barcelona for the second and final round of preseason testing March 1-4. Gutierrez will drive March 1-2 and Grosjean wraps the test March 3-4.