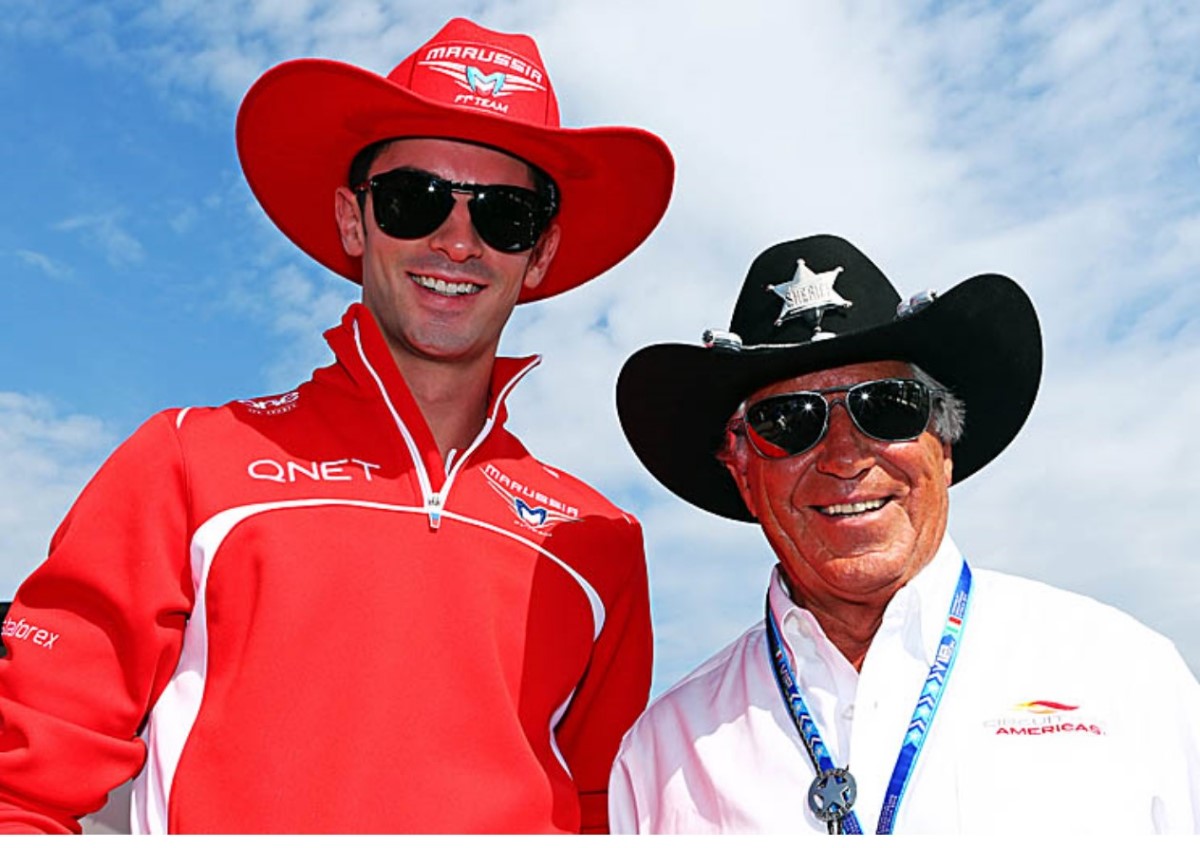 Just confirmed to Andretti Autosport’s fourth IndyCar Series car, Rossi must quickly learn a new team, its equipment package and the U.S.-based series in about as much time as it takes to complete a lap at Indianapolis Motor Speedway – or so it seems.

Just a week ago, Rossi learned he was left out of Formula One’s rotation for the upcoming season: The Manor Racing seat he was hoping for went to an Indonesian with more funding (Rio Haryanto). Rossi needed a job, and that’s about the time fellow Californian Bryan Herta inquired about joining the team he recently merged with Andretti Autosport.

Just like that, Rossi shifted mental gears, something that hasn’t been easy for a 24-year-old who has been racing in Europe since he was 16.
“It’s all foreign to me," Rossi said of IndyCar.

Michael Andretti knows that, and it was part of the message he used to convince Rossi to sign a one-year contract. This Indianapolis-based team has a former series champion and Indianapolis 500 winner in Ryan Hunter-Reay, plus IndyCar race winners Marco Andretti and Carlos Munoz along with one of the largest staffs in the series.

Also, Andretti will give Rossi an experienced engineer in Tom German, the former Team Penske technical director who keyed the Indy 500 victories of Gil de Ferran and Sam Hornish Jr.

“I told him there’s no better team to help you than this one," Andretti said of his Rossi pitch. “The drivers will help you, and there will be tons of information to speed up the learning curve."

Rossi has never raced on an oval track, never driven an Indy car and hasn’t competed in the U.S. since capturing the 2008 Formula BMW championship (winning 10 of 16 races).

“He’s clueless (about IndyCar)," Andretti said. “He didn’t even know what a weight jacker was."

A weight jacker is a driver-controlled handling device helps balance a car during a run.

Rossi expects to catch on quickly, and he’ll need to amid an increasingly deep IndyCar field that will include at least 16 drivers who have won series races.

There is depth in the rookie class, too, arguably the sport’s best since the merger in 2008.

He’ll drive for Dale Coyne Racing. Another Star Mazda champion, Matthew Brabham, will be in the two Indianapolis races in May (for KVSH).

Daly has been in IndyCar the longest, theoretically giving him the edge.

“But Rossi has as many starts in Formula One (five) as I have in IndyCar, and Chilton was in Formula One for two seasons (35 starts)," he said. “I think you can say they have good experience."

Chevrolet and Honda have made bodywork modifications during the offseason, and it won’t be known until at least this weekend – IndyCar has an open test at Phoenix International Raceway – where the balance of power rests. Rossi won’t participate in that Friday-Saturday session due to the complexities of a short oval track; his first IndyCar test will be in the March 1 session at Sebring (Fla.) International Raceway.

Rossi vigorously pursued an IndyCar ride last season with Dale Coyne before being offered the GP2 ride with Racing Engineering, a top team. He only met Marco Andretti last week, and he doesn’t know Hunter-Reay or Munoz. His list of IndyCar acquaintances is limited to Daly and his roommate, James Hinchcliffe – they watched Sunday’s Daytona 500 together – along with Chilton, Josef Newgarden and Luca Filippi.

Rossi has a lot to learn, and he knows it. A new job is at hand; karting can wait. Curt Cavin/Indy Star