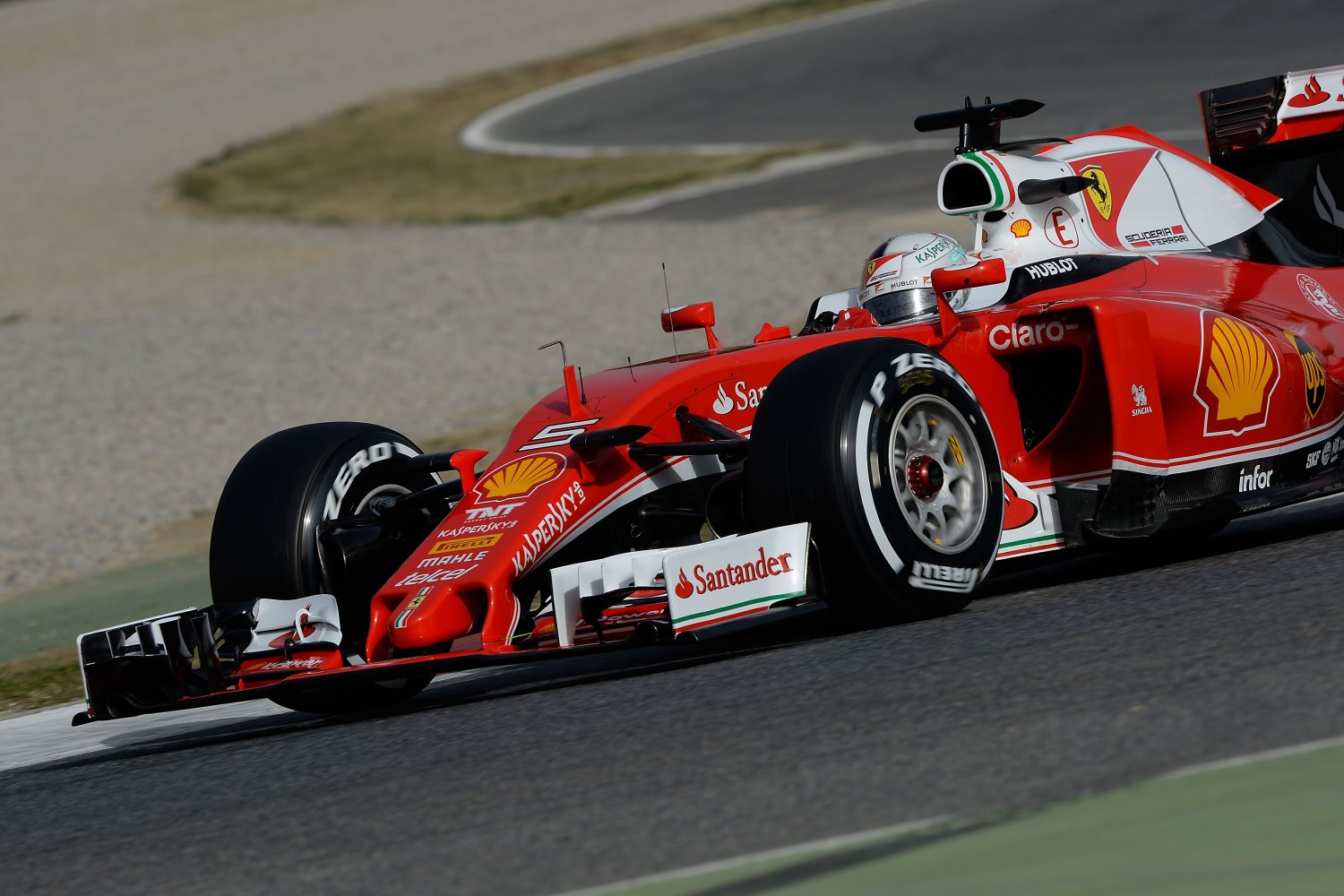 Sebastian Vettel was back in action at the Catalunya track this morning, for the second day of the four day session.

His program concentrated on mechanical set-up work and a look at the softer end of the tire compound range, as he did runs on the Supersoft, new Ultrasoft and Soft.

The German completed 46 laps prior to the lunch break, the best in a time of 1.22.810, set on the Ultrasoft tires.

Sergio Perez placed third for Force India, a tenth slower than Ricciardo, having only used the Super Softs during an afternoon run.

02/23/16 With rain hitting the track for the last hour, the following times as of 4 PM Tuesday are final with Sebastian Vettel again fastest for Ferrari. Mercedes continues to do full race simulations and hence are not showing their hand yet.