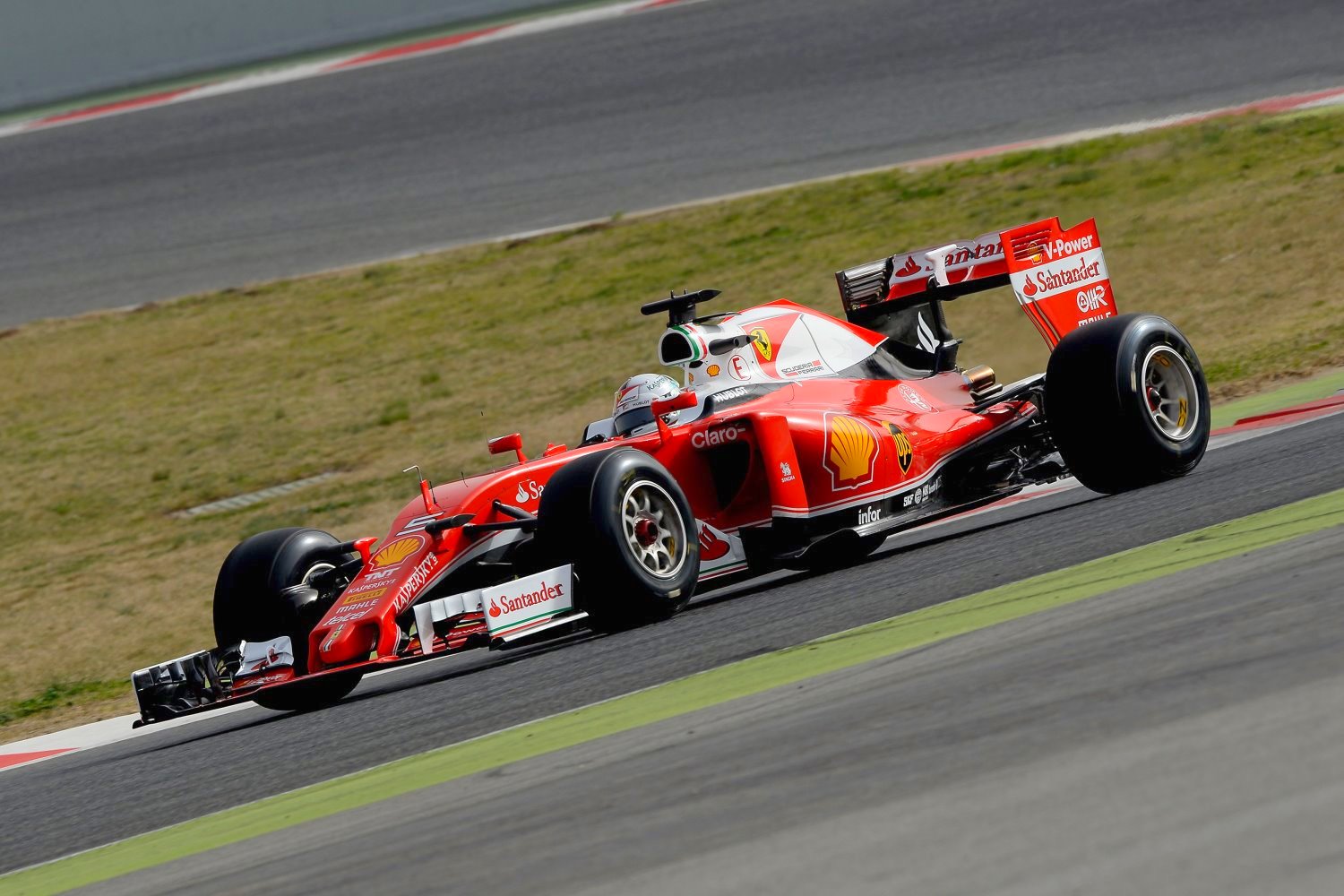 Sebastian Vettel turned the fastest time in the morning on the second day of pre-season Formula 1 testing before the lunch break.

Vettel finished the opening day at Barcelona's Circuit de Catalunya quickest on the medium compound but today he was over 2-seconds faster on Pirelli's new ultra-soft compound with a lap of 1m22.810s.

Mercedes, meanwhile, continued to sandbag with Nico Rosberg putting in 81 laps in the morning running on the medium compound ties 2-seconds off the pace of Vettel. Again, Mercedes is sandbagging, doing full tank race simulation runs and not running the quicker rubber.

Force India's Sergio Perez was fourth on medium tires with a 1m25.692.

In last year's Sauber Marcus Ericsson was almost three seconds down in fifth on the soft tyre.