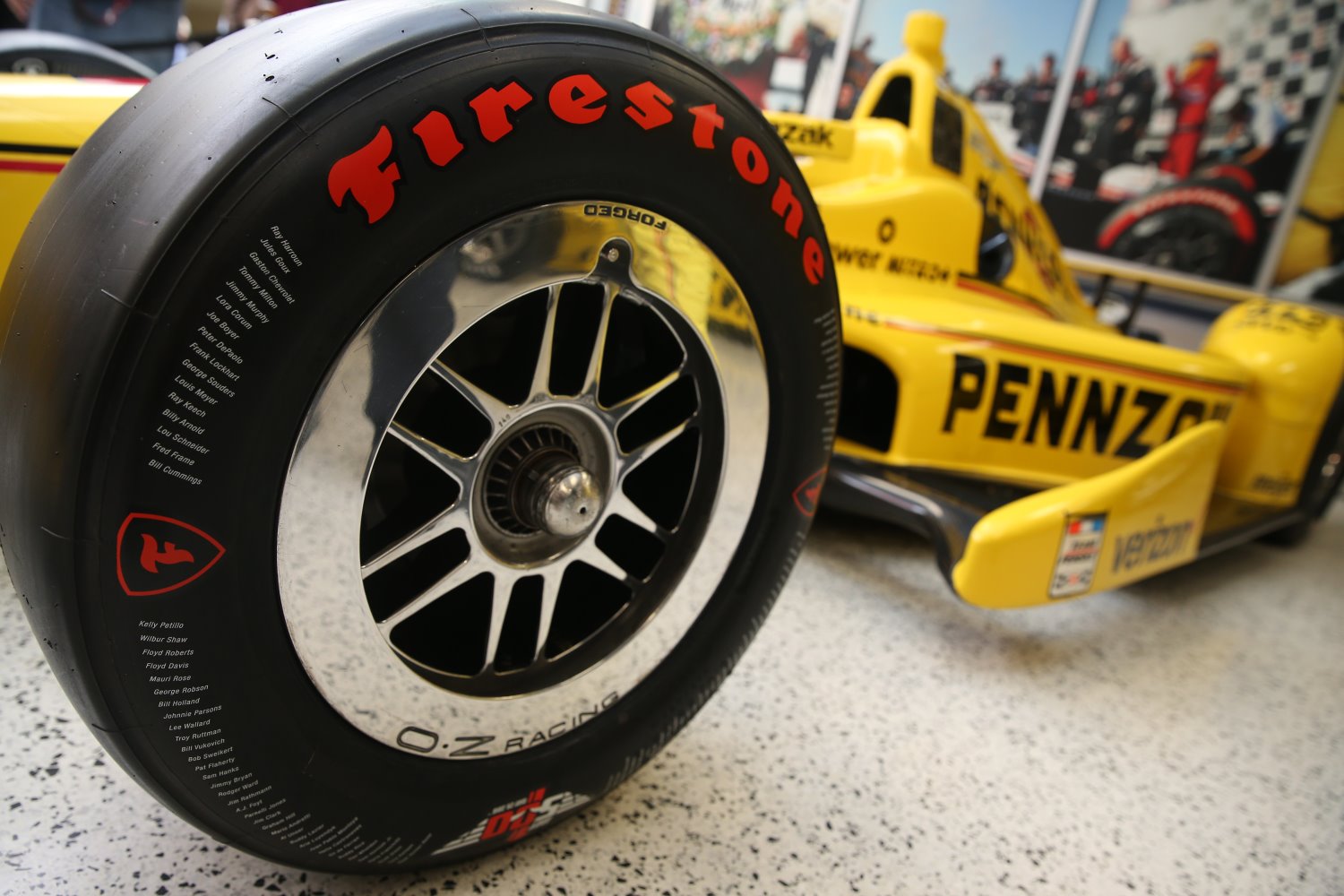 Celebrating the “100 Days Out" milestone leading to the historic 100th running of the Indianapolis 500, Firestone has unveiled a special tire honoring the legendary drivers who contributed to the brand’s 66 combined victories at the world’s most renowned race.

As the official tire of the Indianapolis 500, Firestone has carried more drivers to victory circle at Indianapolis Motor Speedway than all other tire manufacturers combined.

“The Firestone brand solidified its place in motorsports history at the first running of the Indianapolis 500 with driver Ray Harroun. More than a century later, we are honored to celebrate all of the legendary drivers who have taken Firestone to victory circle at the Greatest Spectacle in Racing," said Lisa Boggs, director of Bridgestone Americas Motorsports.

“From the beginning, Harvey Firestone believed in the power of motorsports and the Indianapolis 500 as a showcase for our company’s performance, innovation and technology. That legacy is at the core of everything we do and we are proud to be part of this once-in-a-lifetime event."

The special sidewalls, which feature iconic Firestone-shod drivers like Ray Harroun, the winner of the first Indy 500; Louis Meyer, the first driver to drink milk in victory circle; Mario Andretti, the “driver of the century;" and many more, have been designed to engage and educate both avid and casual fans about the brand’s rich history at IMS. Also displayed on the sidewall is the 100th Running logo and customary Firestone brand markings, including red and white Firestone F-Shield logos. These F-Shields are unique to the Indianapolis 500 tire as the red and white logos are used to identify the right and left race tires, respectively.

“After analyzing data and feedback from some of the world’s greatest drivers during our tire test in August, we decided on a tire specification that is optimized for the most grueling 500 miles in racing," said Dale Harrigle, chief engineer and manager of race tire development for Bridgestone Americas Motorsports. “The constant testing and evaluation of our race tires is in keeping with the Firestone brand’s century-long tradition of being the best today, still better tomorrow."

Firestone used the tire test at IMS in August 2015 to evaluate possible tire specifications for the 100th running of the Indianapolis 500. Using the performance data gleaned, Firestone engineers adjusted the construction and compound on this year’s Firestone Firehawk Indianapolis 500 race tires to improve driver feel and, in turn, the race experience for fans.

The tires feature an updated right-front construction designed to improve driver confidence in the corners, a softer left-rear construction to add overall grip and a more heat resistant left-side compound. Firestone will produce more than 5,000 tires featuring the commemorative Indy 500 sidewall, all of which will be used during practice, qualifying and the race.