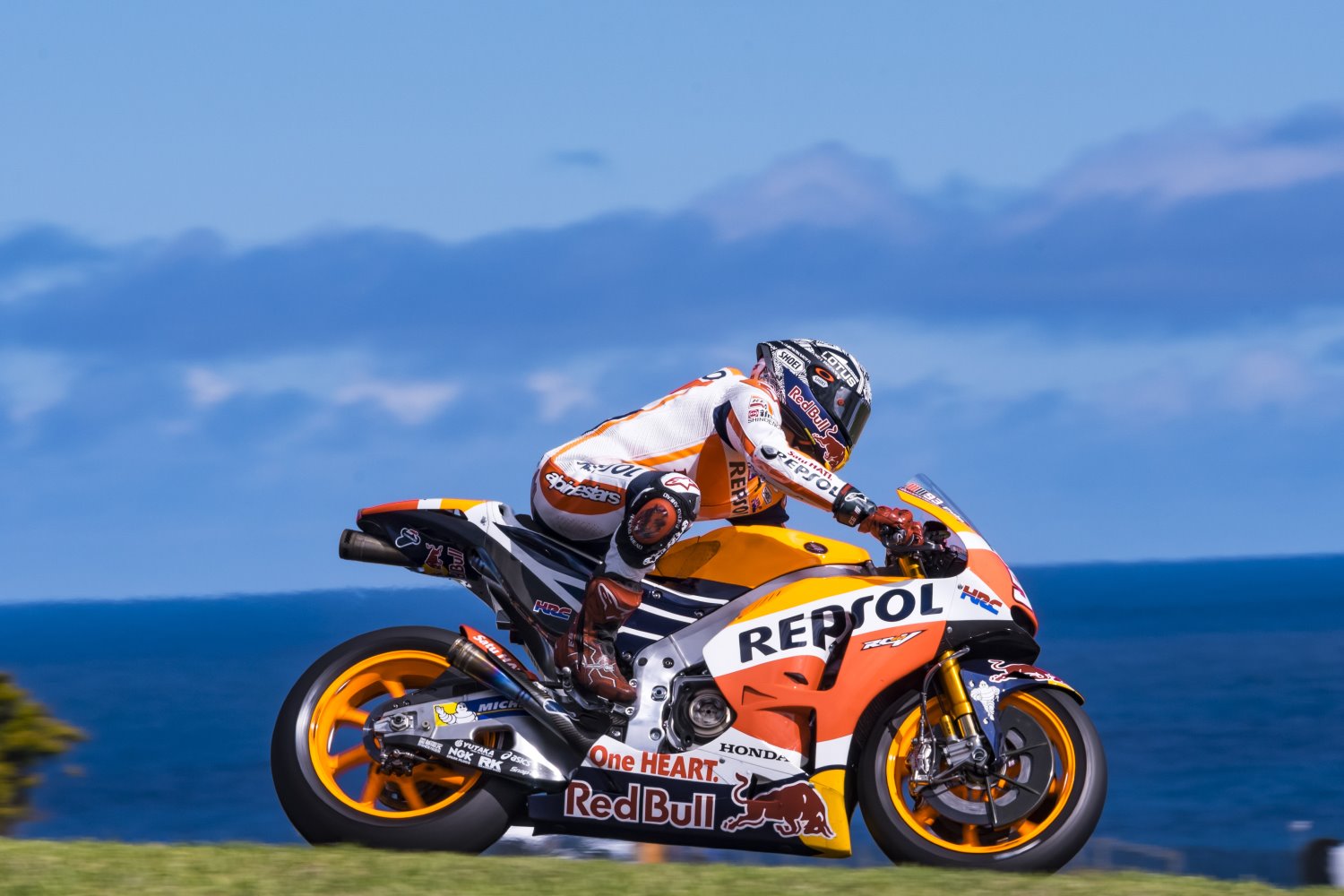 MotoGP's three-day Australian pre-season test ended today at Phillip Island, with Marc Marquez and Dani Pedrosa in first and seventh places, respectively. It was a very productive test for the Repsol Honda Team, which made further progress on the new unified software and collected much valuable information on tires and bike settings. This data will be valuable as the HRC engineers return to Japan and continue their work.

With the day opening under a heavy sky that threatened rain, Marc immediately began to lap strongly, setting very consistent lap times that put him second quickest. Unfortunately, rain started to fall around noon, resulting in a long wait in the garage until a little after 3 p.m. When action resumed, Dani also set several fast laps in the 1'29 range before finishing his day with an hour to go in the session, while Marc took over at the top of the timesheets with a 1'29.158 lap that remained the fastest time of the day. In his last exit, Marc crashed in turn 9, with no consequences.

Marquez today completed a total of 64 laps, with his best time occurring on lap 48. Pedrosa set his quickest time of 1'29.606 on lap 37 of 42. It was another brisk day, with maximum air and track temperatures of 20 and 28Â° C, respectively.

Marc Marquez 93
1'29.158 64 LAPS
"Overall, these three days have been very good. I'm especially happy with today, because we have taken a big step forward. In the afternoon I managed to maintain a consistently fast pace, and this was the first time this preseason that I've started to feel good with the bike and the new tyros. It's a pity that at the end of the session when we wanted to try something else, it was too late. I was pushing hard at the same time, I lost the front and crashed. The important thing is that I was unhurt and the work we've done has been positive. Yesterday we focused on adjusting the electronics and finding a good base, and today I think we did a good job looking for balance in the setup of the bike."

Dani Pedrosa 26
1'29.606 42 LAPS
"Today it's been a bit difficult. In the morning it was hard to improve on the setup we found yesterday morning and lower our times. We rode on used tyros all day to see how the bike behaved after a lot of laps. In the afternoon, after the rain fell, we improved a bit in some places, but I think we still have some work to do. The positive thing is that since the test in Malaysia we have improved with the electronics, and we hope to take an important step forward in the setup of the bike at the Qatar test, especially with the new compound for the front tire that will be brought there for us."