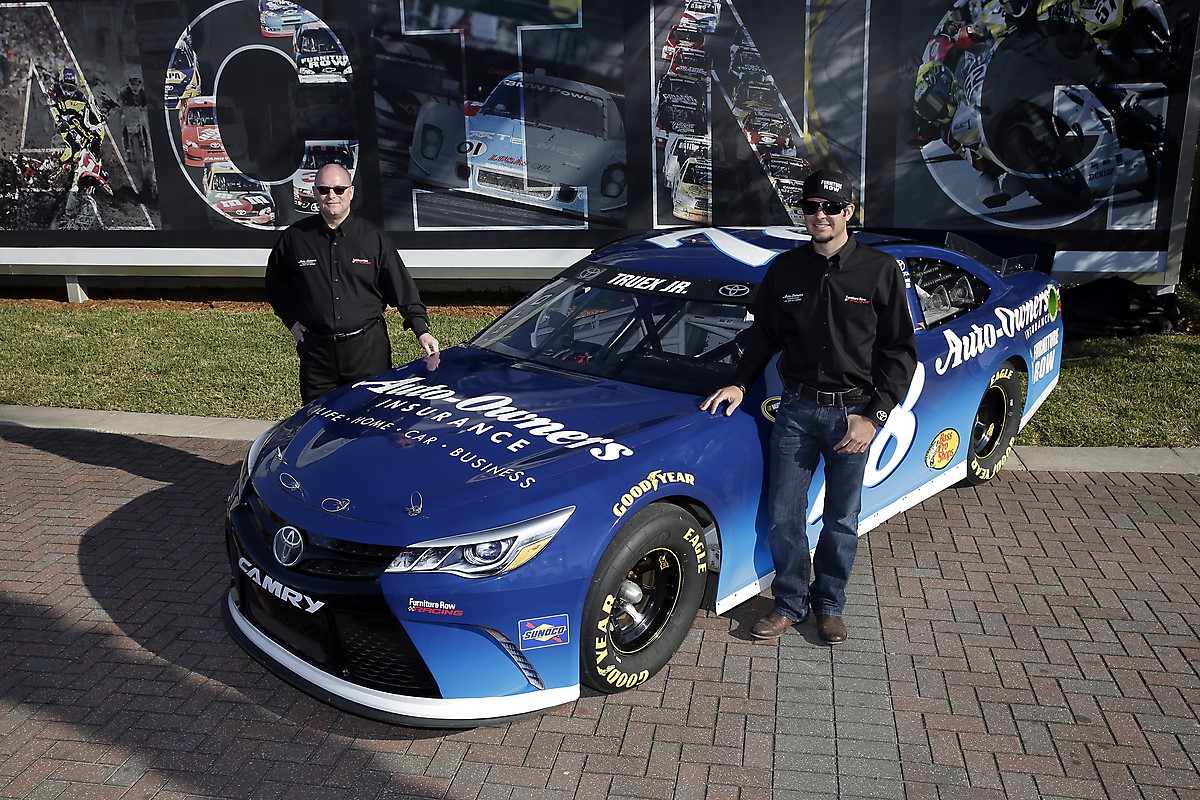 Furniture Row Racing announced today at Daytona International Speedway that it has formed a partnership with Auto-Owners Insurance.

“Furniture Row Racing and Martin had a tremendous 2015 season and we’re looking forward to being on board for even more success this season," said Lee Janis, Vice President of Sales for Auto-Owners Insurance. “We often say, ‘It’s not what you do, it’s how you do it,’ and Martin and the team have earned success by that same mantra.

“We’ve been embraced by the NASCAR family and have greatly enjoyed the loyalty and passion we’ve experienced with the fans. To be a part of this dedicated community is a real privilege for all of us at Auto-Owners."

Auto-Owners Insurance, based in Lansing, Mich., joins Furniture Row and Bass Pro Shops as a primary sponsor on the No. 78 Toyota for the 2016 season.

“When you have one of the nation’s leading companies join your team as a partner it’s not only a great day but also a great opportunity for Furniture Row Racing," said team president Joe Garone. “As is the case with all of our partners, Auto-Owners Insurance is a winning company and we look forward to returning the confidence they placed in us with strong performances on the race track."

Truex finished fourth in the Sprint Cup final standings last season after garnering a victory along with eight top-five and 22 top-10 finishes.

Truex and Furniture Row Racing kick off the 2016 Sprint Cup season Sunday in the Daytona 500 at Daytona International Speedway.

Auto-Owners is represented by more than 40,000 licensed agents in its 26 operating states. The company, which provides auto, home, business and life insurance to more than 4 million policyholders, is headquartered in Lansing, Michigan. Find your agent at auto-owners.com, and connect with Auto-Owners Insurance on Facebook and Twitter (@AutoOwnersIns)