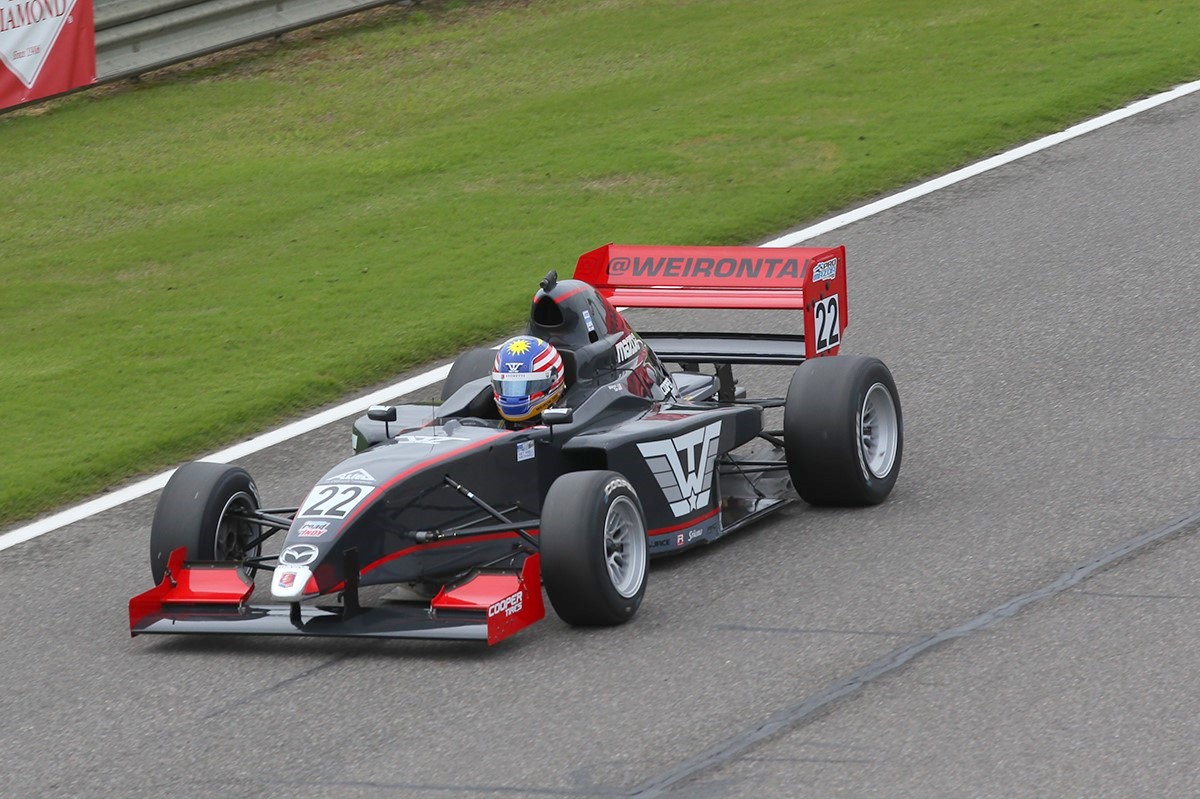 Malaysian driver Weiron Tan is set to challenge for the Pro Mazda Championship Presented by Cooper Tires title in 2016, after signing with Team Pelfrey to embark on his second year in the series. He is aiming to build on a successful rookie year, which saw him finish fourth in the standings, scooping four race victories along the way. He also finished Vice-Champion in the Cooper Tires Winterfest, scoring two wins and three second places from five races.

Tan joined the Pro Mazda series in 2015 after a successful junior open-wheel career in Europe. At the age of just 17 he was selected by the Caterham F1 Team for its young driver development program.

After competing in the JK Racing Asia Series and Formula Gulf 1000 Series, Tan concentrated his efforts on the European scene and scored multiple race wins in the Protyre Formula Renault BARC and ATS Formel 3 Cup Championships. He then moved to the USA ahead of the 2015 Pro Mazda competition.

Team Pelfrey has won races in every season it has competed in since returning to Pro Mazda, and added another drivers’ Championship title to its resume in 2015 thanks to Santiago Urrutia’s efforts.

The 2016 Pro Mazda Championship will get underway on the Streets of St Petersburg for rounds one and two from 11-13 March. The 16-round series will take place over nine race weekends, concluding in Monterey in September. In 2015 Tan took his six victories at five venues, including outright victory at the prestigious Indy 500 support race.

Weiron Tan: “My rookie year in the U.S. went really well and I cannot wait to get back into action in 2016. I came very close to winning WinterFest and was in the title fight for Pro Mazda throughout the season, so this year the aim is definitely to go for the Championship title and I’m in a strong position to do that with Team Pelfrey. St Pete can’t come soon enough."

Jonathan Baker, Director of Team Operations, Team Pelfrey: “We are extremely excited to welcome Weiron to Team Pelfrey for the 2016 Pro Mazda Championship Season. Weiron showed scintillating pace last season, and as a competitor he kept us on our toes throughout and always gave us a lot to think about. We are determined to battle for the Championship once again in 2016, and in order to do that, you have to be working with the best drivers. With Weiron on the team, I think we have one of the most exciting young talents on the Mazda Road to Indy."