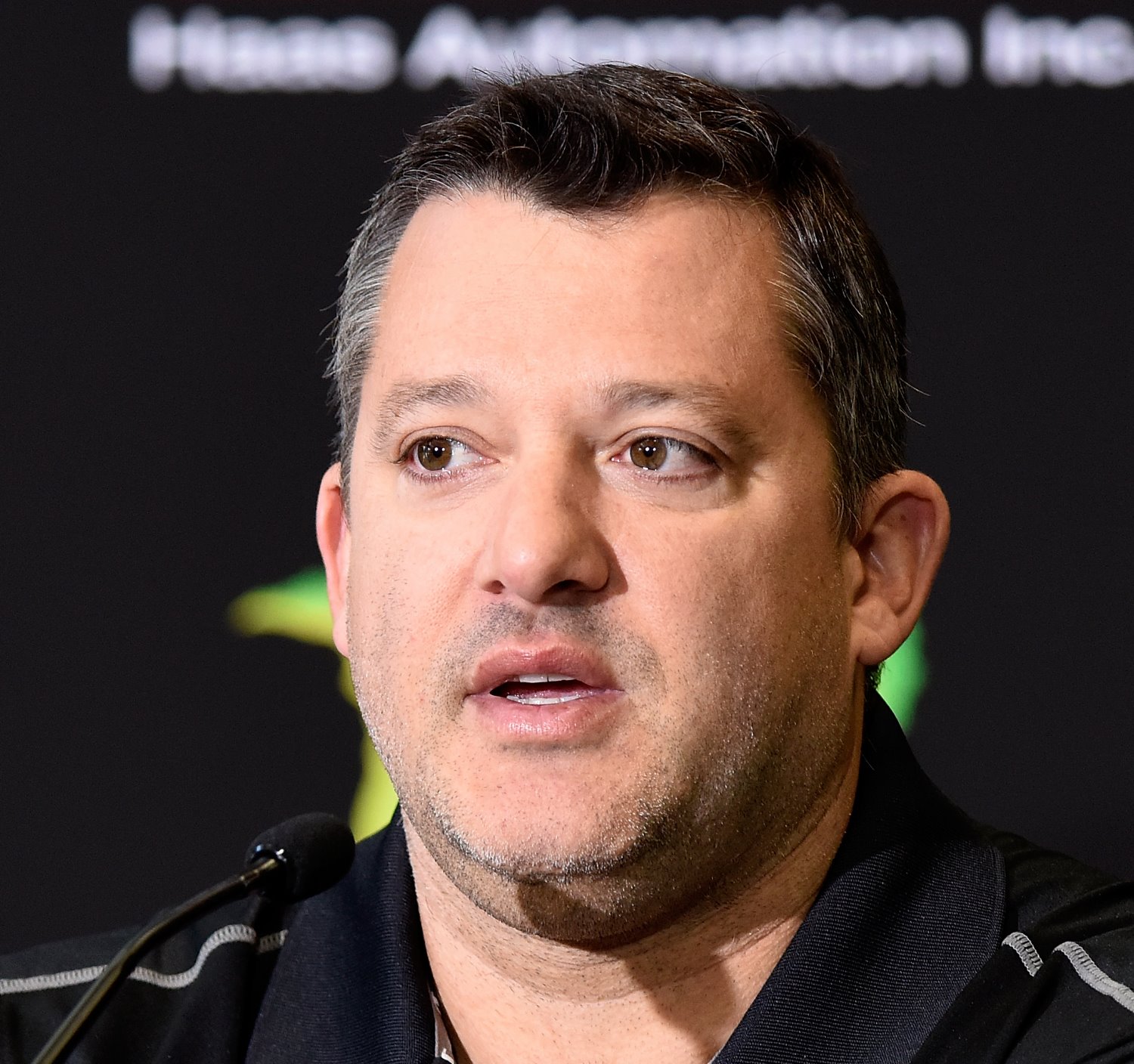 DAYTONA BEACH, Fla. — As Stewart-Haas Racing held a news conference Friday to introduce Tony Stewart's replacement for the Daytona 500, the more compelling comments came from Stewart himself on social media.

Stewart used the Periscope app to live-stream himself walking on the treadmill and watching the news conference from his home in North Carolina, addressing fans about his broken back for the first time. Brian Vickers will fill in for Stewart in the Sprint Unlimited and the Daytona 500, and Stewart is out indefinitely as he recovers.

"We've been through a lot worse than this," Stewart said. "This is just another bump in the road."

The three-time NASCAR champion said he was in the rear of the group when he went over the lip of a dune at slow speed (he estimated 5 mph). But Stewart didn't realize there was a steep drop on the other side — he said it was 20 or 25 feet — and his sand car plummeted nose-first into the dune, which left him with a burst fracture of his L1 vertebra.

"It's pretty hard to make a story about breaking your back sound cool when you were only going 5 mph," Stewart said. "I've never been hurt so bad only going 5 mph in my life."

Stewart had surgery — he showed off the six purplish scars on Periscope — and has two rods along with six screws in his back. He said doctors told him to either lie flat on his back or stand up and walk — which is why he was on the treadmill — but he's not supposed to sit or stand in one place for too long.

"We are doing much better," Stewart said. "We're starting to get the pain under control. Just didn't want everybody to think while everybody was in Daytona today that I was sitting on my ass here in Charlotte."

As Stewart watched a U2 concert on the Palladia channel, he answered questions about whether he would consider another run at the Daytona 500 — which he has never won in 17 attempts — or another full season in light of the accident.

He quickly shot those ideas down.

"I think this just a missed deal at Daytona," he said of the 500. "You'll see us there next year but in a whole different role."

"We're not doing another season since this happened," he said later. "Made my decision and that's it."

Before the accident, Stewart said things had been going pretty well. He'd been on a health kick — losing 22 pounds since Dec. 1 — and said he recently returned from a 41-day vacation off the grid with no computer and no phone.

He plans to return to the car later this year, though the timetable is unclear. Stewart will then need one final surgery after the season is over to remove the rods in his back and another in his leg from an accident in 2013, he said.

And after that? He hopes to simply avoid more tough times.

"I don't know that we're due for good things, I'd just be happy not to have bad things," he said.

Stewart, a Columbus, Ind., native, has won the Brickyard 400 twice.