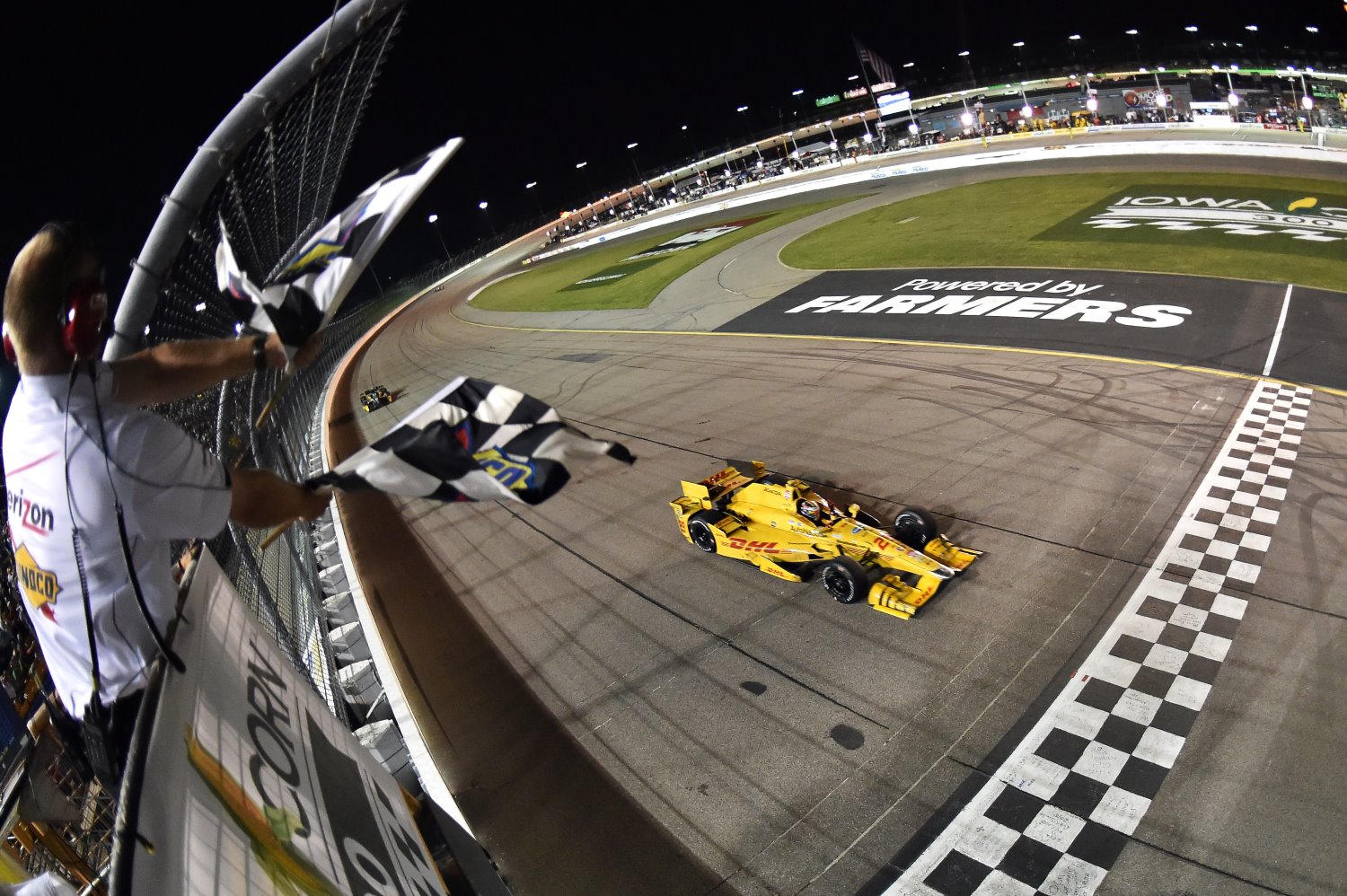 NEWTON, Iowa – Iowa Speedway and Iowa Corn today announced a multi-year sponsorship renewal that will keep Iowa Corn as title sponsor of the Verizon IndyCar Series Iowa Corn 300 through 2018. Iowa Corn is in its 10th year of partnership with “The Fastest Short Track on the Planet." The renewed agreement continues the second longest entitlement sponsorship in INDYCAR racing.

“The state of Iowa continues to lead this country in the production of corn and corn-based ethanol, and we are honored to celebrate and promote these industries at Iowa Speedway," said Iowa Speedway President Jimmy Small. “This has become a lauded Iowan tradition enjoyed by millions across the globe. We are incredibly proud to authentically demonstrate the performance of ethanol in the world’s fastest race cars here at the Fastest Short Track on the Planet."

“We consider this renewed commitment as an investment in our state, and we are excited to provide Iowa Corn, the Iowa Corn Promotion Board and the Iowa Corn Growers Association with the opportunity to deliver their message to an international audience," said Iowa Speedway President Jimmy Small. “The state of Iowa is the largest producer of both corn and ethanol in America, and the Iowa Corn 300 is an invaluable opportunity to demonstrate the power and reliability of the renewable fuel."

Iowa Speedway serves as a platform to support the Renewable Fuel Standard (RFS) and promote the benefits of renewable fuels grown in America. INDYCAR weekend at Iowa Speedway is a culmination of the nearly 40 years of hard work and dedication necessary to build the corn-based ethanol market and raises awareness about Iowa farmers’ ability to produce corn for their key trades – livestock, ethanol production and exports.

“The Iowa Corn 300 reaches a global audience with an expanding viewership," explained Mark Heckman, Iowa Corn Promotion Board President and a farmer from West Liberty, Iowa. “What’s really cool is its ethanol powering those E85 Indy cars. The program exposes a broad audience to the state of Iowa, agriculture and corn farming while demonstrating the many benefits of ethanol including its power and performance. We had another phenomenal year in 2015, and we look forward to many more to come."
Season, Weekend and Individual Event tickets are on sale now. Current season ticket holders have the opportunity to renew their existing tickets until Feb. 24, 2016. Payment plans are available and offer great flexibility to fans who want to spread out their payments.