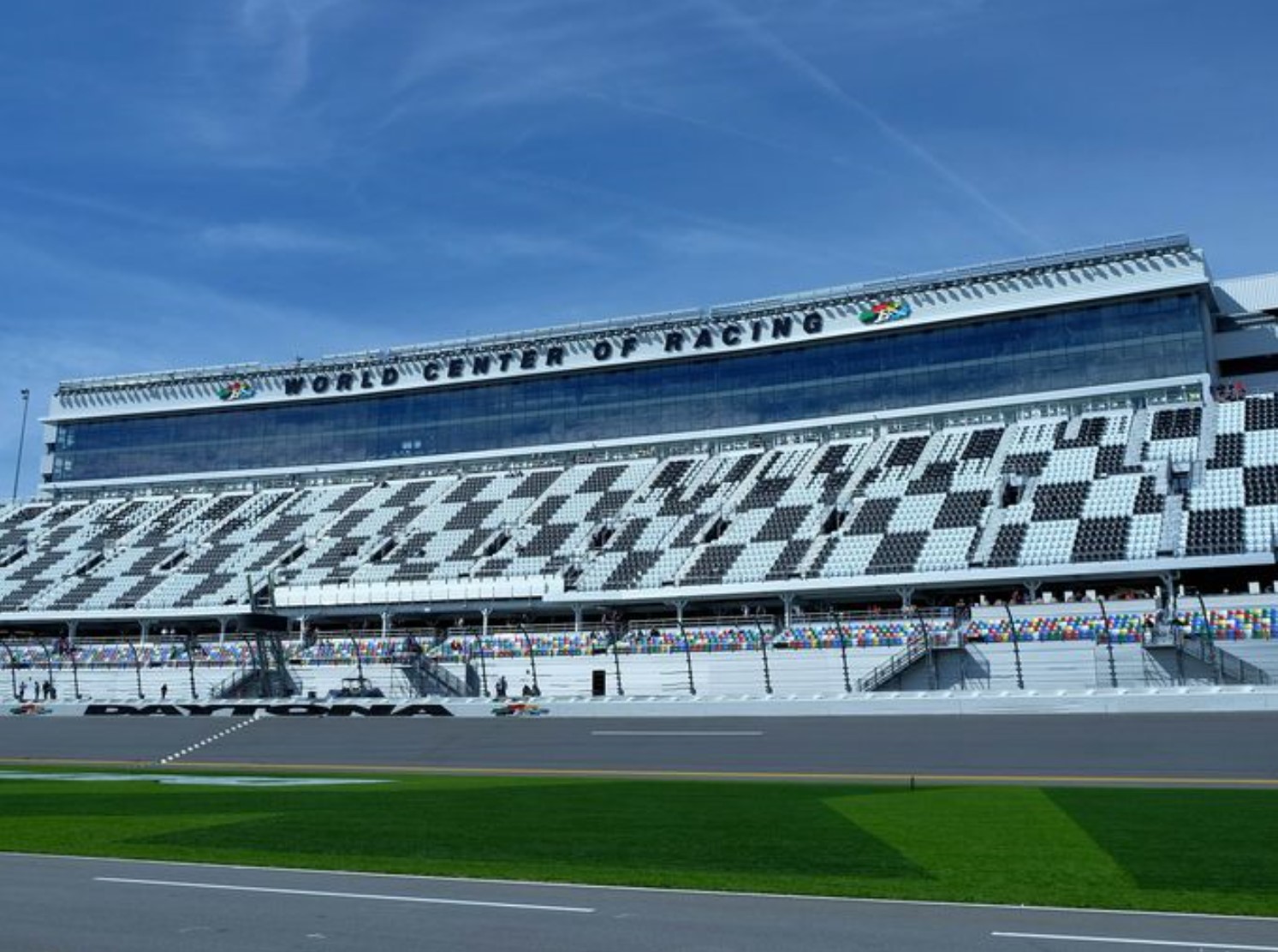 Legendary driver A.J. Foyt, a virtual encyclopedia of race tracks, calls it “the prettiest speedway in the world."

That brings a smile from the folks involved with Daytona Rising, the $400 million “reimagining" of Daytona International Speedway. The multi-year expansion and refurbishing of stock car racing’s most famous speedway — long self-identified as the “World Center of Racing" — is complete, and the result has produced a list of positive reviews from motorsports heroes like Foyt to everyday race fans.

The project transformed the face of the speedway and turned the frontstretch grandstand — almost a mile long with 101,500 new, wider seats — into one of the most imposing seating structures in racing. Indeed, in sports in general.

The project has produced a new form of language here, at least in official talk. The grandstand now is a stadium. The entrance gates are injectors. The areas behind the grandstand where fans gather to buy concessions, watch video boards and make restroom pit stops are neighborhoods.

The project appeared to sail through its initial real-life test Jan. 27-29 with the Rolex 24 sports car race, the first event since the project’s completion in early January. The bigger challenges will come in the weeks ahead as the track hosts the first two big weekends of the NASCAR season with the Sprint Unlimited (Feb. 13) and the Daytona 500 (Feb. 21).

Although the Rolex crowd was estimated at more than 30,000, most fan activity for the race is centered in the infield. Only a few thousand fans were in the new grandstand at any time.

“With every event, we’ll learn more," Joie Chitwood III, track president and International Speedway Corp.’s point man for the project, told USA TODAY Sports. “With this being the first, we’re learning a lot. We’ll get better for the Sprint Unlimited, and in the first month and a half we’ll continue to learn.

“There’s no way you come out of the box knowing everything, but these are valuable opportunities to get ready. When we’re at maximum capacity for the 500, hopefully we’ve learned a lot to get better and better."

But will the track see maximum capacity?

Although the new grandstand structure dominates the speedway property, seating numbers at the track are down considerably because of the removal of 44,000 seats along the backstretch. Despite the attractions of the refurbished facility and the spotlight that comes with NASCAR’s biggest race of the season, the Daytona 500 is not a sellout. With stars such as four-time Sprint Cup champion Jeff Gordon, who retired after the 2015 season, and three-time champion Tony Stewart, out due to a broken back, there may not be as many reasons for fans to buy tickets this season.

But if Chitwood is worried, he isn’t letting on, saying he expects the race to sell out.

“Tony Stewart and Jeff Gordon are phenomenal racing talents," Chitwood said after Stewart’s absence from NASCAR’s version of the Super Bowl was announced. “Would you love for them to be in your race? Absolutely. Every promoter would tell you that. But there are great racers out there. We’ll continue to have great promotions and a great 500."

The new grandstand structure is striking. It stretches 9/10 of a mile along the frontstretch, and the new, higher seating offers one of the best views in auto racing. The steel structure that includes the grandstands is three times the size of the same area when the project began in 2013.

Four of the five “injectors" — entryways which funnel fans from ground level to the concourse levels — are sponsored by Toyota, Chevrolet, Sunoco and Florida Hospital and have video boards and other large displays designed to highlight those names. The fifth area is not sponsored but could be named for the new company NASCAR signs to replace Sprint as the lead sponsor of its top-level series beginning in 2017.

Watching the Rolex sports cars race down the frontstretch from a seat near the top row of the grandstand, she said she came to the speedway having read and heard a lot about the renovation project.

“I expected it to be really different but nothing like this," she said. “The size of it is overwhelming, and the way it looks on the outside (from the street) makes it look like a work of art splashed across the stands." Mike Hembrey/USA Today