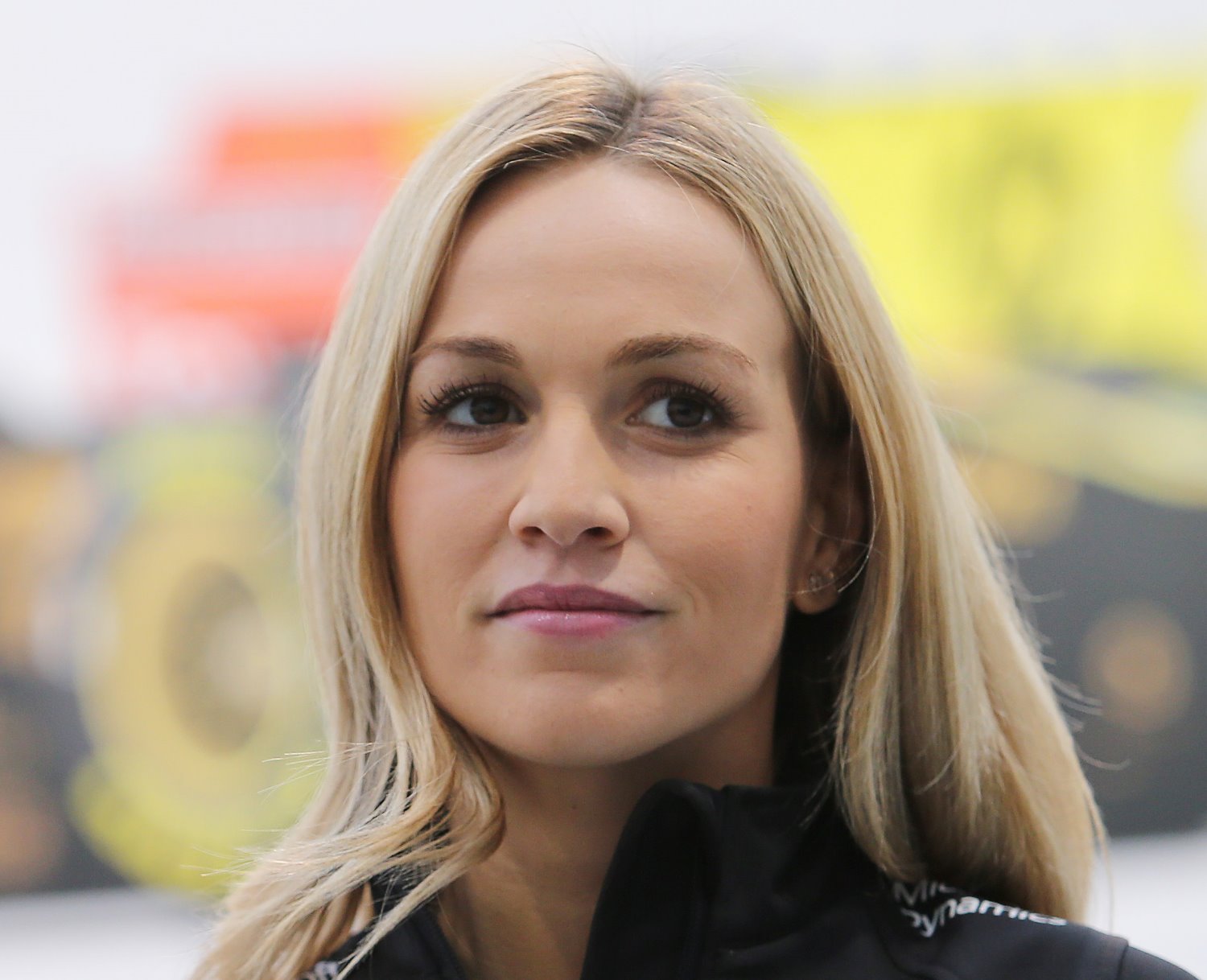 Jorda hits back at Sorensen's 12s per lap claim
(GMM) Carmen Jorda has hit back at a former F1 colleague, following an accusation that her presence at Renault caused him to quit the sport.

Marco Sorensen, recently a test driver at the Enstone based team, told Ekstra Bladet newspaper this week that he felt "violated" because Jorda, a female team development driver, was getting "all the rewards".

"She was 12 seconds slower than me in the simulator," said the Dane.

Hitting back at Sorensen's claims, however, Jorda told the Spanish sports daily Marca: "I cannot understand it because I never even saw him there (at Lotus).

"I was training in the simulator with the official drivers, Grosjean and Maldonado, and Palmer," she added. "On many occasions I was less than one second below them, so I do not know on what basis he speaks."

As for Sorensen's claim that Jorda prompted him to quit F1, the 27-year-old responded: "I have not taken the position of anyone. I do my job and it was Renault who selected me and not him, the same for many others.

"As for the 12 seconds (claim), anyone who knows cars would not be that far away in a simulator, so imagine how it is for a professional driver," added Jorda.

Jorda also commented to the sports daily AS, saying of Sorensen: "I honestly don't know who he is, I've never seen him at Enstone and he was not part of the team last year."

She also continued to ridicule Sorensen's claim that he lapped 12 seconds quicker than Jorda in the driver simulator.

"I was a second or less from Grosjean, so I think if someone was eleven seconds faster than Romain, I am sure every team on the grid would want him."

Finally, Jordan added: "I would like him to focus on his career — it's not right for someone to have to refer to others, like me, to show their achievements."

However, the war of words doesn't stop there, as the Danish newspaper BT contacted Sorensen to ask him what he thought of Jorda's reply.

"If Carmen Jorda feels that she is good enough to be in formula one, then long live the sport. You just need to look at her results, so it's good that people can figure out who has talent and who does not."

It is believed top stars like Lewis Hamilton, Fernando Alonso and Sebastian Vettel earn dozens of millions of dollars per season, which according to Red Bull official Dr Helmut Marko is excessive.

"Basically, the drivers of today are definitely overpaid," he told Germany's Sport Bild.

"Two reasons: First, there is only now a small risk of a serious accident or fatality. And second, young top talents like Verstappen or Wehrlein can easily take these current cars around tracks for 100 laps without effort.

"Previously, even a Vettel had to take breaks because he was not used to the high forces. This means that the cars are easier to drive and the drivers are doing less," Marko added.

F1 legend, triple world champion and Mercedes team chairman Niki Lauda, however, does not agree with his Austrian countryman.

"The drivers do not earn too much," he said.

"We mustn't forget what (income) formula one generates every year, and how much the drivers contribute to that," Lauda added.

Briatore: F1 is 'PlayStation for engineers'
Former Renault team boss Flavio Briatore is not a fan of today's Formula 1 as it is "not sexy anymore" and is "missing the gladiator factor."

The Italian was one of the characters of Formula 1 in days gone by but left under a cloud as he was found guilty of deliberately ordering a driver to crash in order to fix the result at the 2009 Singapore Grand Prix.

He was banned from F1 but that was overturned and since then Briatore has attended a few grands prix.

However the Italian says it is not what it used to be.

"Now it’s an exercise for engineers and it's not sexy anymore. There's no glamour.

"When you see the engineers on TV explaining an amazing clutch, nobody cares. People care about the driver, the star.

"Now to be quick, you need the bank to finance you. Now people put money in the car. Everything is critical.

He does, however, believe that Formula 1 will again change as he reckons it has no option in the face of dwindling spectator numbers.

"I think sooner or later it will change, because like this it will go nowhere. People don't find it interesting."

As for what he would like to see in the sport, the 65-year-old added: "It's missing the gladiator factor. The drivers need to fight. You need to a rivalry between drivers, between Senna and Prost, between Mansell and Schumacher. This is what people want to see."

He added that if Azerbaijan within five years "takes a decision not to hold this competition, the country will be fined."

Rahimov: "The budget for the Formula 1 European Grand Prix is still $12 million. It consists of fees and organizational costs." Trend