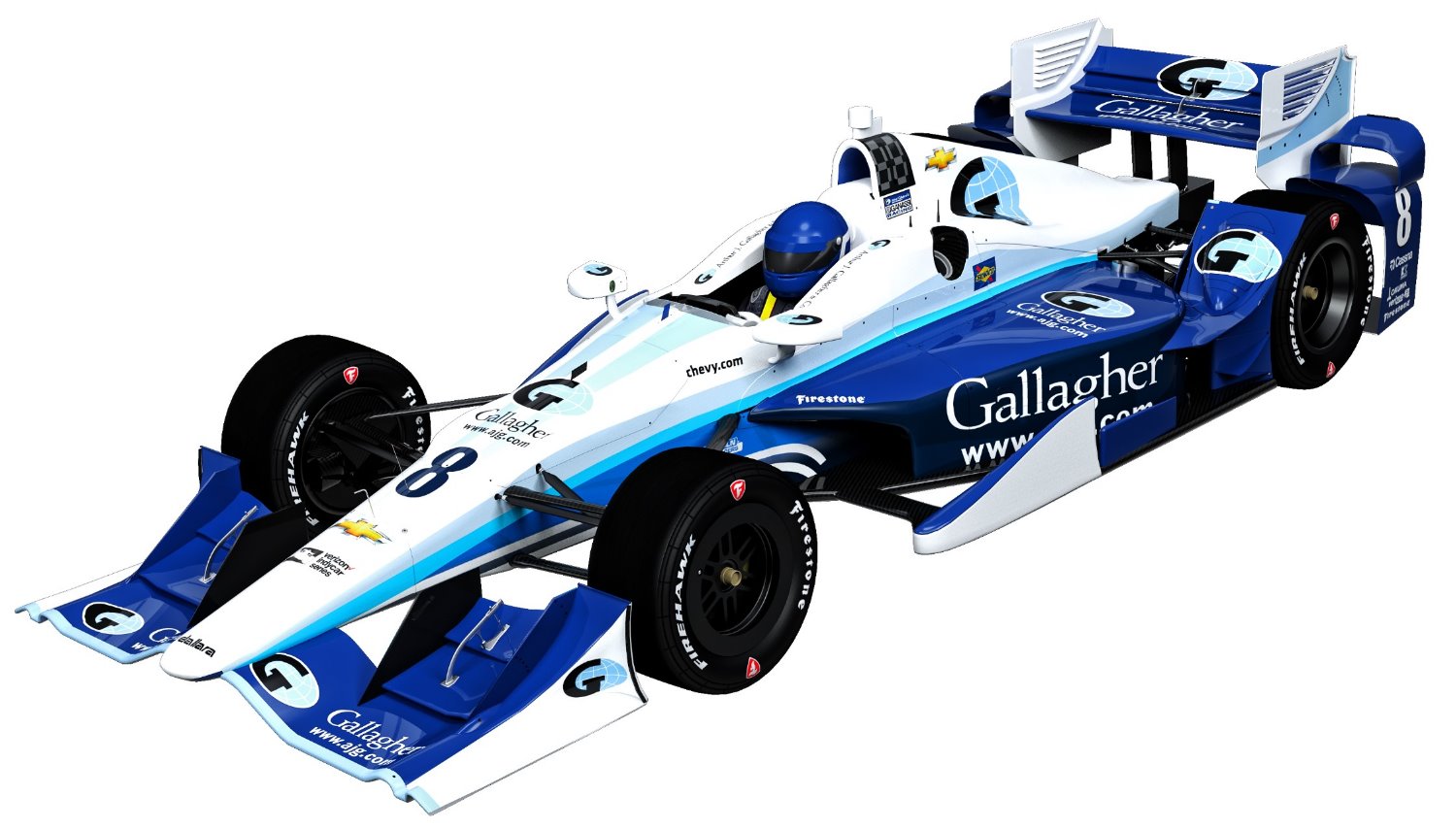 Chip Ganassi Racing this morning is announcing that sponsorship for its No. 8 Chevy entry in the Verizon IndyCar Series will be filled by insurance firm Arthur J. Gallagher & Co. CGR did not release the number of paint schemes Gallagher & Co. will fill during the 16-race schedule for the car, which will be driven by Max Chilton.

However, a release is describing the partnership as a "full-season effort." Terms were not released, but a source valued the deal in the mid-seven figures annually. Primary sponsorship for CGR's other three IndyCar teams is filled out by Target, NTT Data and Novo Nordisk.

Gallagher, headquartered in Itasca, Illinois, has operations in 31 countries and offers client-service capabilities in more than 150 countries around the world through a network of correspondent brokers and consultants. This season with CGRT will be the company’s first foray into the world of motorsport partnerships.

Earlier this month, Max Chilton was named driver of the No. 8 entry after making 35 starts in Formula 1 from 2013-2014 for the Marussia Formula 1 Team. Most recently he contested a partial season in the 2015 Indy Lights Championship with one win, six podium and 10 top-five finishes.

Steve Lauletta, President, Chip Ganassi Racing Teams: “Our organization truly represents a global team effort with 17 drivers from 10 countries, in 13 cars across six series. We have teams competing in North America and around the world throughout the racing season on any given weekend, and the most diverse driver lineup anywhere in the sport. We’re excited that Gallagher chose our team to create a new partnership with, and we’re looking forward to bringing another new global brand into the Verizon IndyCar Series."

Richard C. Tallo, Chief Marketing and Communications Officer, Arthur J. Gallagher & Co.: “We are pleased to partner with Chip Ganassi Racing Teams in the Verizon IndyCar Series. Racing has tremendous global appeal and millions of fans around the world. Numerous parallels exist between race car driving and managing risk. Both in business and on the racetrack, teams have to quickly assess, calculate and manage risk if success is to be achieved."

“For nearly 90 years, Gallagher has built a strong and well-respected global insurance brokerage services and risk management business. Each day Gallagher employees help our clients mitigate and manage their risks so they are free to grow their businesses. With this exciting sport and Ganassi’s racing leadership, Gallagher will have the ability to leverage a range of marketing activities to further expand our brand awareness."

Arthur J. Gallagher & Co., an international insurance brokerage and risk management services firm, is headquartered in Itasca, Illinois, has operations in 31 countries and offers client-service capabilities in more than 150 countries around the world through a network of correspondent brokers and consultants.