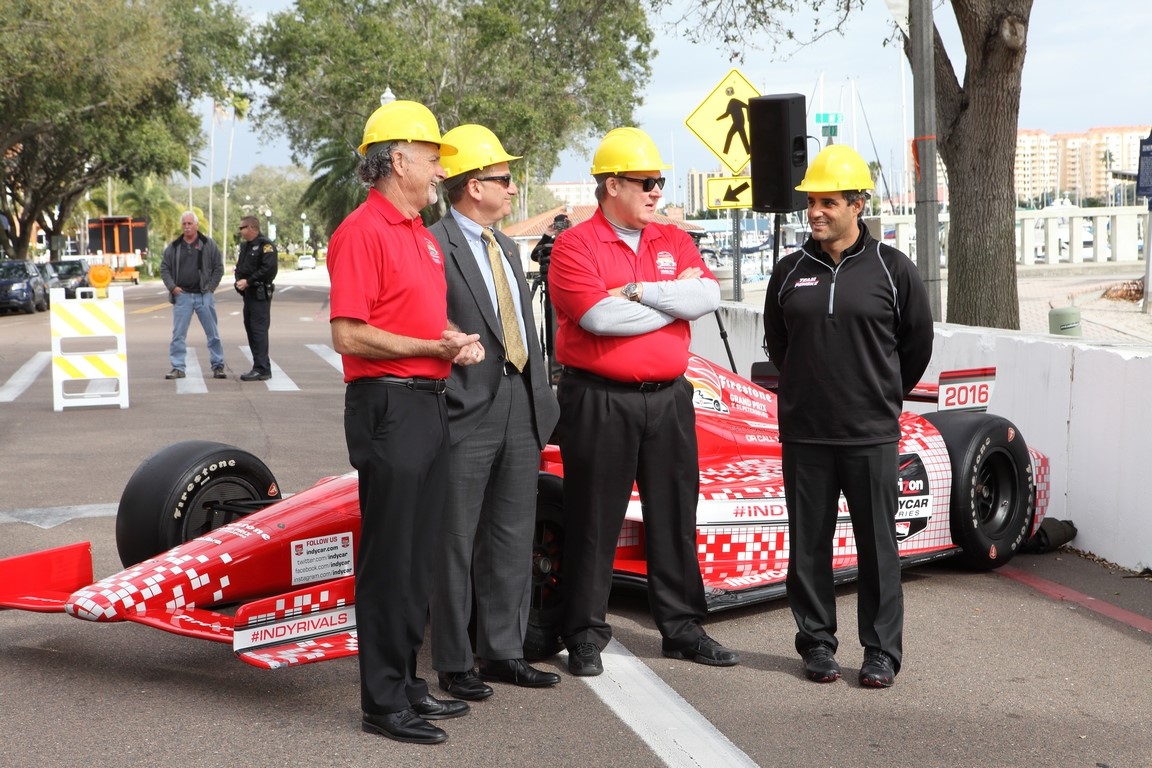 "It was a program they did with the Colombian government," Montoya said Tuesday. "I was invited to that, and it was cool. Getting mentioned by Obama and everything is pretty special."

For his second White House visit, Montoya appreciated its history but kept the day in perspective.

"It's a different cool, it's part-of-the-job cool," Montoya said. "For me cool is spending the day with my (three) kids. Cool is riding my bike or flying my radio-controlled planes or being in a go-cart."

Montoya, 40, is by far the most famous racing driver the South American nation has produced. His second Indianapolis 500 win last year further cemented a legacy that includes a CART title, 14 CART/IndyCar wins, seven Formula One victories including the Monaco Grand Prix, two NASCAR Sprint Cup wins and three titles at the 24 Hours of Daytona.

But he said he feels no extra pressure from carrying the expectations of a nation.

"I don't do this for anybody. I do this for me," he said. "I'm a very proud Colombian, I'm proud of what I do, keeping the name of Colombia pretty high, but you don't do it for that. You do it for yourself. It's always a personal thing."

St. Petersburg is a race some compare to the famed street-course races of Monaco, which has held Formula One races since 1929, and Long Beach, Calif., which hosted F1 from 1976-83 and CART or IndyCar since 1984. This March will be the 12th IndyCar race in St. Petersburg and 13th overall, counting the one-off CART race here in 2003.

"It's a great racing circuit," Montoya said. "What you guys are missing (in comparison) is the heritage. You've got to run this race for quite a few more years. But it's an amazing track, it's an amazing atmosphere. People around St. Pete and Tampa really embrace the racetrack, which is nice, a lot of people even from Miami come up to watch."

Looking ahead, this year's Grand Prix of St. Petersburg sees the return of IndyCar's aero kits — "I liked them from Day 1," Montoya said– and a beginning to a milestone season.

And looking ahead even farther, Montoya's 9-year-old son Sebastian is racing go-carts — in fact he'll miss the Grand Prix because he'll race the same weekend his dad defends his St. Petersburg title.

Will Sebastian be as good as his championship-winning father?