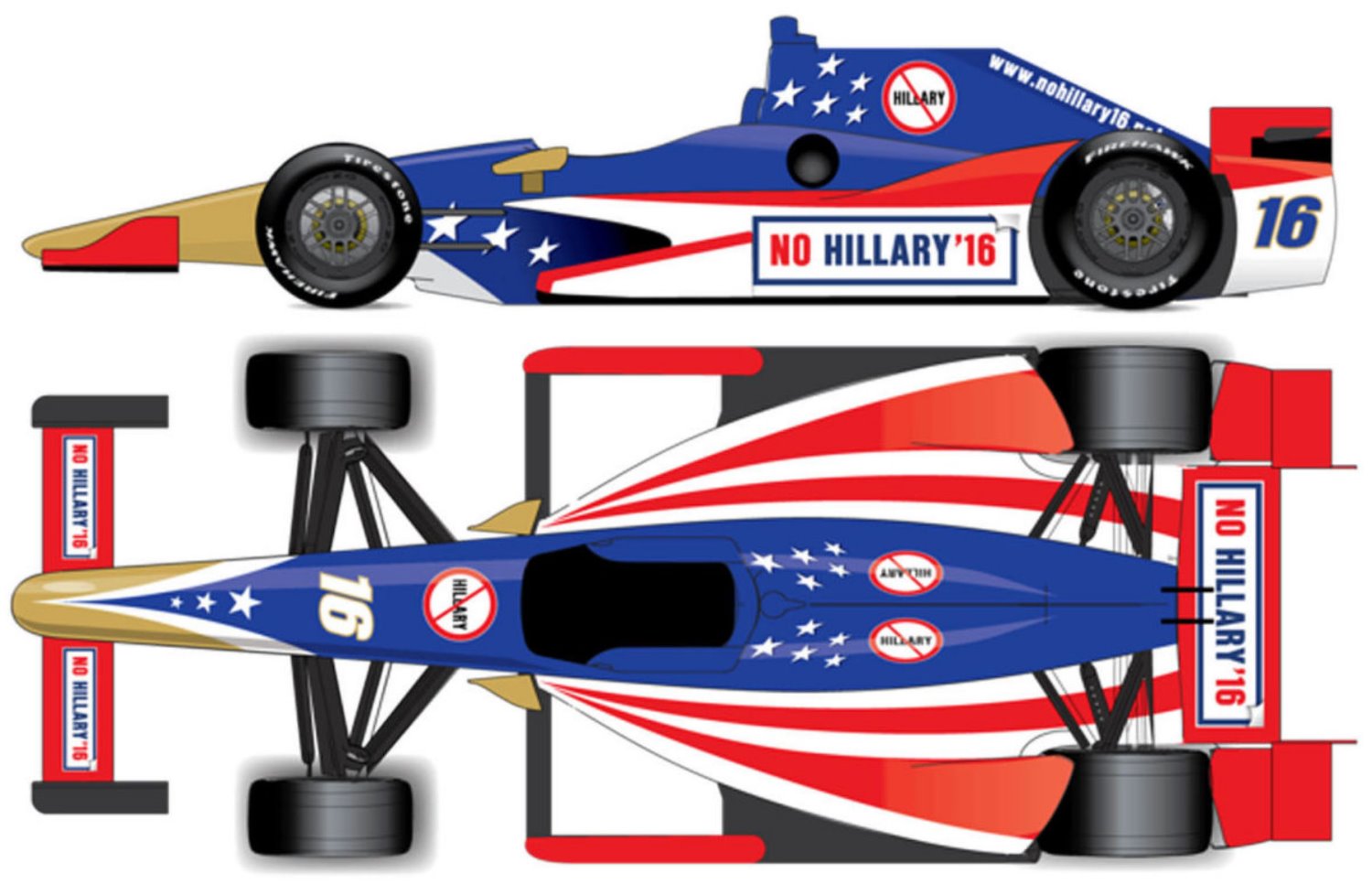 The site says "Hillary Clinton stands for everything that is wrong with our country today: constant attacks on our Second Amendment right, the degradation of our Religious Freedoms, a joke of a 'Health Care' system, a complete failure of a foreign policy, and so much more. This Memorial Day, we want to make a bold statement to the world that The American People have had enough of these failures!

We are collecting contributions to enter a car in the 100th running of the Indianapolis 500, the largest sporting event on the planet, to make your voice heard. "WE DON'T WANT HILLARY!" If you care about Freedom, Democracy, Liberty, and The American Dream, don't wait a second longer and join us today."

The group's aim is to generate $ 1million in funding so they can sponsor a car in the 100th running of the Indy 500.