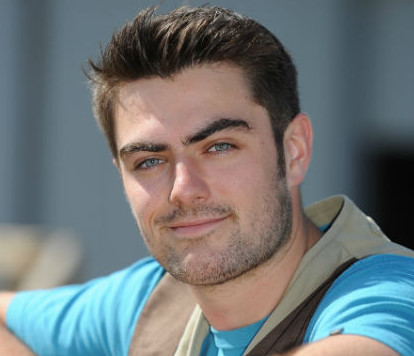 Racing Steps Foundation graduate Jack Harvey is seeking to step up to the Verizon IndyCar Series in 2016 after two years racing in the feeder Indy Lights series with Schmidt Peterson Motorsport.

Harvey looks back at a 2015 Indy Lights campaign he admits ended disappointingly, with twenty-two-year-old Briton believing some bad calls from series officials went against him that ultimately saw him finish second in the championship for a second consecutive season.

“My 2015 was a little mixed," said Harvey to The Checkered Flag at last months Autosport International Show. “It was disappointing, you can’t really call it anything else apart from that.

Looking forward, Harvey is looking to move up to the next level in American motorsport as he seeks a ride in the Verizon IndyCar Series for 2016, although he is now out of the running for the Schmidt Peterson Motorsport outfit after they signed Russian Mikhail Aleshin to race alongside James Hinchcliffe.

“I’d love to do the whole series," insists Harvey. “There are lots of talks [going on], some progress – we’d like to see it over the line – my manager and I are working towards that.

“We’ve got some sponsors we are taking to regularly who are now speaking to the teams. Hopefully things are progressing but as you know it takes money, it takes a bit of time but we’re working at it, and we’re just trying to stay positive about the situation.

“There are not many seats left in IndyCar. We had been talking to SPM for a while, which is obviously the team I raced two years in Indy Lights for, but they signed Mikhail [Aleshin] and obviously I was disappointed with that.

Before joining the Racing Steps Foundation, Harvey was plying his trade in European Go-Karting, but a call from Fortec Motorsports team boss Richard Dutton started the ball rolling in single-seaters, from which a deal with Racing Steps was born.

“Racing Steps have made it [my career] really," reflected Harvey. “Just before I joined RSF I was racing European go-karting with a company called Birel, which is now Birel ART, and I’d actually signed a three-year contract with them and that was pretty much what I was set to do.

“Then I got a phone call from Richard Dutton from Fortec, said do you want to come and test, I said yes of course, and it kind of all started from there, and for the last seven seasons RSF have been the reason I have been able to progress from go-karting to the doorstep of IndyCar/Formula 1."

Harvey believes he would not be where he is in his career without the assistance of Racing Steps, and believes any success to come will be down to them as well, and even after graduating the programme at the conclusion of 2015, he is still receiving assistance from them as he seeks 2016 employment.

“A lot of the success I’ve had is down to them," said Harvey. “A lot of success th:at I have in the future they will have almost instigated, and now we’re just trying to make that last hurdle into IndyCar, but would I be here without the RSF, its highly likely I wouldn’t be. I don’t have the words to express my gratitude towards Derek [Walters] and Graham [Sharp].

“I’ve spent a lot of my life with the RSF, more than a third of it really, obviously I’ve got a great relationship with Graham, Derek and everybody else who is working there, so I think we’d like to see us both continue forward on this path, that’s what we’re working towards.

“Derek’s helping me out at the moment with advice and trying to help me raise sponsorship. Ideally we’d like to be there together, will it be under the RSF banner then no, but I haven’t been dropped from the programme, I’ve graduated the programme which is natural progression, but their help and support is still there."

Harvey revealed the reasons behind turning his back on the European scene to join the Indy Lights championship in 2014, citing the high costs in trying to make it into Formula 1, and although he still has a passion for F1, he took the opportunity to cross the Atlantic to make a name for himself in the United States.

“Formula 1 has in recent years risen in price, sure it’s always been that way but when you actually get there you realise it more and more," said Harvey. “Its millions, its tens of millions if you listen to some of the rumours flying about, but I’d always wanted to go race in America and always enjoyed it – IndyCar and Nascar really – and I got the opportunity to go.

“It seemed like it was a good career move at the time, which I still think it has been and will be. You know I love Formula 1, always will, my passion for it hasn’t gone anywhere but I think elsewhere expectation and reality meet and IndyCar is a fantastic series, and I think the racing is even more exciting than Formula 1 at the moment." The Checkered Flag