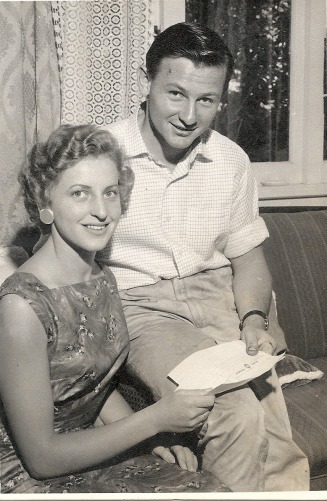 McLaren Technology Group Chairman and CEO, Ron Dennis, paid tribute to the life of a women who played an instrumental role in encouraging and supporting her husband and his extraordinary achievements.

"It was with great sadness that I heard the news that Patty McLaren, the widow of our company's founder Bruce, had passed away.

"Patty was a wonderful woman, and, over the 46 years that have elapsed since Bruce's death in a testing accident at Goodwood in the summer of 1970, she has always remained close to the company that bears her husband's name.

"She was especially resolute in the period immediately after Bruce's accident, inspiring 'my boys', as she used to refer to the men who made up the grief-stricken team, not only to keep McLaren alive but also to make it successful.

"We have therefore lost not only a great lady but also a direct link to our company's origins.

"On behalf of all 3000 of us at McLaren, I therefore pay tribute to Patty and offer our heartfelt condolences to her family and many friends.