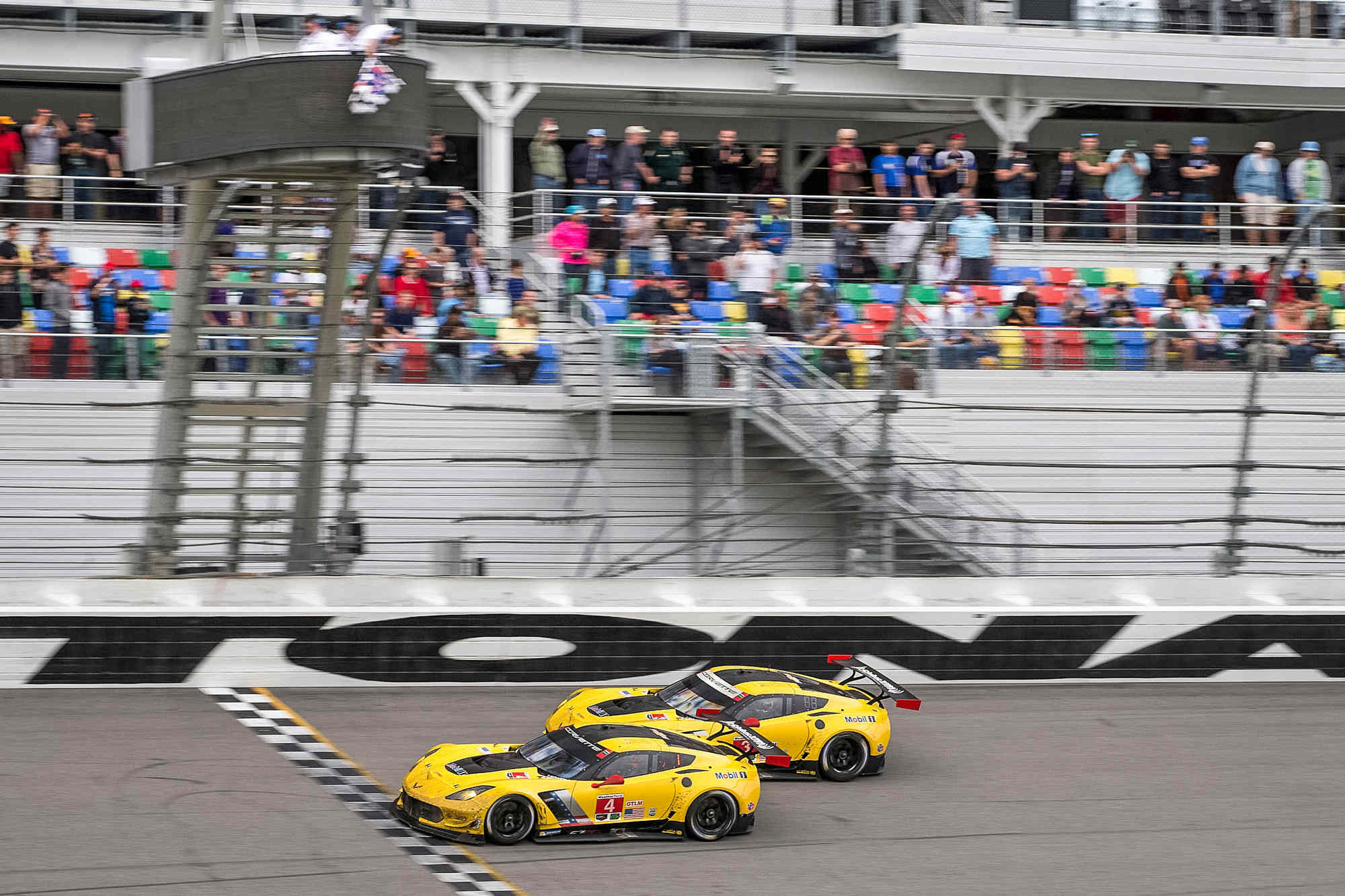 Led by the Corvette Racing Chevrolet Corvette C7.R team that won the GT Le Mans (GTLM) class in last weekend’s Rolex 24 At Daytona and the GTE Pro class in the 2015 24 Hours of Le Mans, a total of nine full-time IMSA WeatherTech SportsCar Championship teams have confirmed entries for the 2016 24 Hours of Le Mans.

Corvette Racing has a pair of GTE Pro entries. The No. 64 C7.R (which wore No. 4 en route to its Rolex 24 victory) returns with the same driver lineup that took last year’s Le Mans victory: full-season drivers Oliver Gavin and Tommy Milner, as well as WeatherTech Championship Prototype racer Jordan Taylor. The No. 63 Corvette will be co-driven by Jan Magnussen, Antonio Garcia and a new co-driver: Jordan Taylor’s older brother and WeatherTech Championship co-driver, Ricky Taylor.

“It was fantastic to see such a dominating performance by the Corvette team with their 1-2 finish this year (in the Rolex 24 At Daytona) and the great battle right to the line," said Ricky Taylor. “It definitely puts on some extra pressure to back up that result at Le Mans."

The GTE Pro class will include seven full-time WeatherTech Championship race cars. The Nos. 68 and 69 Ford GTs from Ford Chip Ganassi Racing will represent IMSA alongside a pair of FIA World Endurance Championship from what will be a four-car team in a return to Le Mans on the 50th anniversary of Ford’s 1966 victory in the 24 Hours of Le Mans. The team will unveil its full driver lineups at a later date.

“I’m very happy that we can run all four Ford GTs at Le Mans," said Chip Ganassi, owner of Ford Chip Ganassi Racing. “It will be a big challenge for us but one we are thrilled to undertake. We have prepared well and can't wait to get the Ford GTs onto the track there and show everyone what they can do."

On the heels of its WeatherTech Championship GTLM season championship, Porsche Motorsport will have a pair of GTE Pro entries, fielding the Nos. 91 and 92 Porsche 911 RSR. Also returning to the Le Mans will be the Risi Competizione team, which will field the No. 82 Ferrari 488 GTE in the GTE Pro class.

In addition to the nine confirmed WeatherTech Championship entries, series regular Ben Keating and the Riley Motorsports Dodge Viper GTS-R are on the reserve list.

A number of part-time WeatherTech Championship teams also have been confirmed for this year’s 24 Hours of Le Mans, led by the Tequila PatrÃ³n ESM team that took the overall victory in the Rolex 24 At Daytona last weekend.

The French endurance classic on the Circuit de la Sarthe will be held on June 18-19.