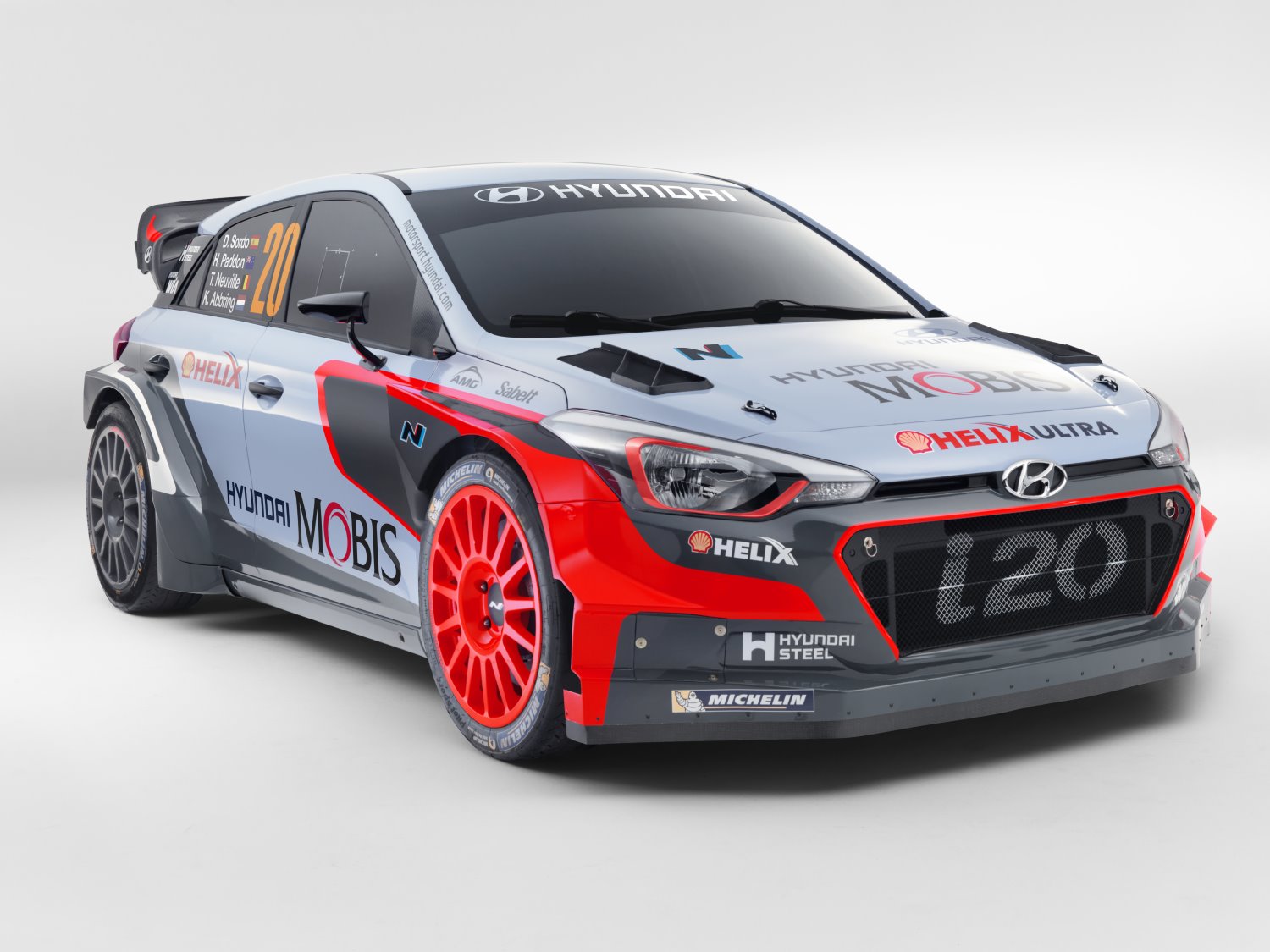 Fresh from its podium finish in the season-opening round of the 2016 FIA World Rally Championship (WRC) at Monte-Carlo, Hyundai Motorsport moves to Sweden where it will compete with three New Generation i20 WRC cars for the first time.

The New Generation i20 WRC made a successful debut at Rallye Monte-Carlo helping the team to take its first ever Monte stage wins as well as Power Stage points, and a third place finish.

Hyundai Motorsport will now seek to put the New Generation i20 WRC through its paces on the snowy stages of Rally Sweden, where the team secured its debut podium of the 2015 season twelve months ago, with a three-car entry.

Monte-Carlo podium men Thierry Neuville and Nicolas Gilsoul will return to the #3 car driving for the Hyundai Shell World Rally Team and will be joined by Kiwis Hayden Paddon and John Kennard in the #4 car. Dani Sordo and Marc MartÃ­ will participate in their first ever Rally Sweden as Hyundai Motorsport drivers this season, and will represent the Hyundai Mobis World Rally Team in a third New Generation i20 WRC.

Rally Sweden is the WRC’s only true winter round, though it was first run in 1950 as a summer event for 15 years. Since the WRC’s inaugural 1973 running, Sweden’s frozen roads lined with deep snow banks have been an iconic staple of the championship, with the conditions making for exhilarating competition.

Drivers expertly lean their cars against the snow banks to guide them around corners in a slingshot effect. In warmer temperatures, however, drivers must be wary as the banks disintegrate under pressure and catch cars, slowing or stopping them.

New features for 2016 include the service park being situated at Karlstad Harbor, a more southerly location than its usual Hagfors airport base. Over a quarter of the special stage distance will be new compared to 2015, providing new challenges for the drivers. Service will be available only at the start and finish of each leg, emphasizing to drivers the importance of a consistent approach, with Friday’s itinerary taking in a cross-border visit to Norway.

Team Principal Michel Nandan said: “We visit Sweden in good spirits following our podium in Monte-Carlo but we know this will be another learning experience for our New Generation i20 WRC. We will be running three new cars for the first time in this rally with Thierry and Hayden in the Hyundai Shell WRT, and Dani – in his first Sweden rally with our team – driving for the Hyundai Mobis WRT. We have some experience of the new car in snowy conditions thanks to our Sweden test in mid-December so we will put this to good use as we prepare for this second round of the Championship. We have a lot of nice memories from Sweden with Thierry’s podium last year a real highlight. We have also had good performances on the legendary Colin’s Crest jump, so we’ll see if we can make it three in a row for a Hyundai Motorsport driver this year! Our three driver crews are motivated following some encouraging performances in Monte-Carlo, so we head to Sweden in determined mood and hoping to be on pace with the front-runners from the outset."

Neuville (#3 New Generation i20 WRC) took three stage wins and momentarily led Rally Sweden last year on his way to taking second overall. (SS18). The Belgian also laid claim to last year’s Colin’s Crest Award, breaking the record for the longest jump in the Vargasen stage – a staggering 44m. He returns this year having already achieved a podium at the season-opener.

Neuville commented: “I have very good memories of Sweden, especially from last year when we were fighting for the win until the last stage and ultimately finishing on the podium. It was a great result for us so of course I’m really looking forward to this year’s event, especially with the new car. We had a pretty good start to this season with the New Generation i20 WRC, finding improvements from the car day by day. Taking stage wins and a podium in our first event with the new car was a nice feeling and I hope we can take this forward to Sweden. It could be a really strong event for us so I’m looking forward to seeing what we can achieve."

Paddon (#4 New Generation i20 WRC) will make his debut with the new car next weekend after a rally of learning in the 2015 specification i20 WRC in Monte-Carlo. The Kiwi had a strong run to fifth in Sweden last year and will be aiming to excel on familiar terrain.

Paddon commented: “Monte-Carlo was full of difficult days, exactly as I expected it to be, but it was a good learning experience. We can look back on a very productive weekend but now I’m looking forward to my first taste of the New Generation i20 WRC. The team made great progress with the new car in Monte-Carlo and it was a real boost for everyone to get a podium. Sweden is a rally I really enjoyed last year and I particularly like rallying on snow. We want to put up a good performance for the team and for ourselves, to try to push towards the top-five for a good result, maybe even on the podium. We had a good run last year and I hope we can have another strong result with the New Generation i20 WRC."

Sordo (#20 New Generation i20 WRC) attends Rally Sweden for the first time as a Hyundai Motorsport driver, having missed 2015’s event through injury. The Spaniard is keen to improve on his Monte-Carlo result, where he finished sixth and took the team’s first Power Stage points of 2016.

Sordo said: “Sweden is a really nice event and it is really good fun. I like to drive in the snow flat-out, which is a really special sensation. I enjoy this event a lot and can’t wait for my first participation as a Hyundai Motorsport driver. The conditions can be a little bit complicated when there is not really a full covering of ice; when the snow is soft, there is not very much grip. When it is icy and really good conditions, you can push hard because it grips just as well as gravel. I am looking forward to Sweden and building on my experience in the New Generation i20 WRC after making sure I had a safe and reliable start to this season."

This year’s Rally Sweden will cover 331.21km over 21 stages, starting with the traditional Super Special at the Karlstad trotting track on Thursday night where huge crowds will gather. Drivers will rally across two countries on Friday with a total of eight stages straddling Sweden and Norway.

Saturday will then feature drivers taking on the snowy forests of the renowned Hagfors region with two runs of the classic Rammen (22.76km) and Vargasen (24.70km) stages, the latter featuring the Colin’s Crest jump. The exhilarating Hagfors Sprint (1.87km) breaks up the day before it finishes with a repeat of the Karlstad Super Special. Sunday offers two passes of the Lesjofors (15.00km) and Varmullsasen (15.87km) stages, the latter run once as the rally’s Power Stage.