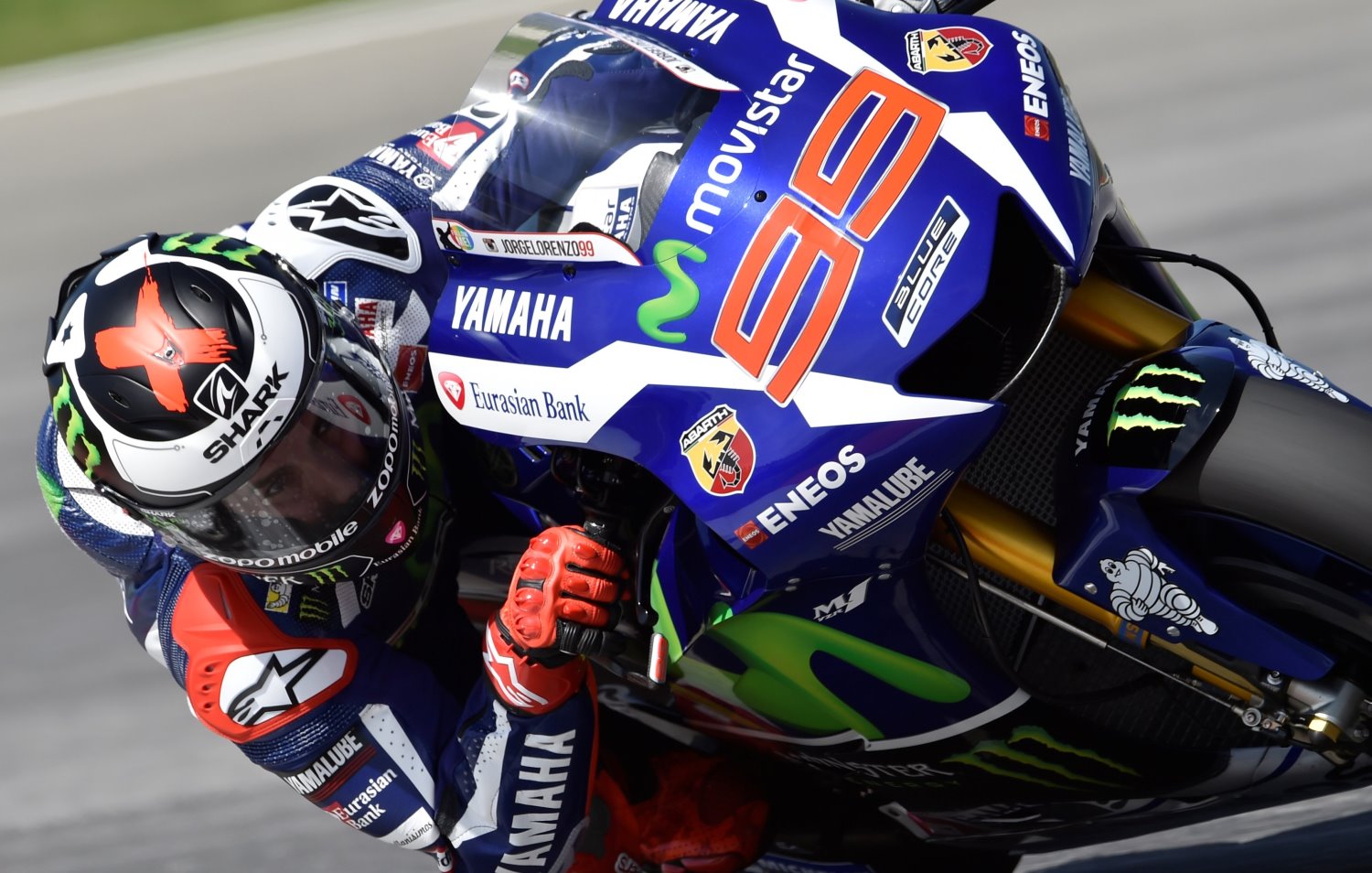 Despite the changeable weather, Movistar Yamaha MotoGP riders Jorge Lorenzo and Valentino Rossi completed the three-day test at the Sepang International Circuit topping the standings with a perfect 1-2.

The final day of the first Official MotoGP test of 2016 started off slowly for the Movistar Yamaha MotoGP team. Jorge Lorenzo and Valentino Rossi arrived at the Malaysian track this morning ready to pick up the testing schedule where they left off yesterday, but were forced to wait for the dry line to form around the Sepang International Circuit for most of the morning. Once they headed out on track in the afternoon both riders were quick to prove their key protagonist status for 2016, finishing first and second respectively in the overall test standings.

With a little more than an hour left to go, he resumed his testing and headed back out to set the first lap under the 2'00 mark of the three-day test, which only the Spaniard himself could improve on when he set a best lap of 1'59.580s. He ended the test 0.976s ahead of the rest of the field.

Teammate Rossi may have been the last of the MotoGP riders to start testing today, but he left no doubt that he was just as keen to prove his speed as his teammate. The nine-time World Champion started with a time attack and slotted into fourth place at the end of his first run. Around halfway through the final day of testing he went fastest with a time of 2'00.556s, before taking a short break as it started to rain. The Doctor hit the track for a second time with 40 minutes left on the clock and finished the day testing some different parts for his YZR-M1 to end the day in second place.

Massimo Meregalli – Movistar Yamaha MotoGP Team Director
"Today's session has been somewhat compromised by the weather conditions. Rain has kept us in the pit box for most of the session and it's a pity because we had many things to complete. We only had the opportunity to attempt a time attack and try some new items at the end of the session and Jorge was also able to further test the front tyres. We can be satisfied with our performances in these three days and we leave Sepang with good results; we were first and second in the standings, Jorge set an impressive lap time and we secured a lot of useful information for the future. We weren't able to decide which chassis we will use, even if we are 80% sure of which direction to take. Concerning the tyres and the feeling and performances of our riders, we have improved significantly and we can say the same about the new software. We look forward to taking another step in Phillip Island in two weeks' time."

Jorge Lorenzo
1st / 1'59.580 / 105 laps / 1st overall
"The lap times speak for themselves, they were very good lap times set with new electronics and a hard rear tyres, because we can't use the soft rear because of what happened yesterday. I'm very happy with Michelin, because they made a very big step with the feeling with the new front tyres. They did a great job, because now the feeling is closer to what we had with last year. Anyway, I felt very comfortable and fast during these three days, I'm still recovering from this illness that I have and for sure in Phillip Island we will be stronger and able to do a race simulation."

Valentino Rossi
2nd / 2'00.556 / 147 laps / 4th overall
"I'm happy about the test and about today because, first of all, we did a good job and tried a lot of different stuff that gave some good information on how to improve the bike. I also set a 2'00.5s, I think we can work on it and do better, but I'm in second place so that's not so bad, it was a good test. We still have to work a lot, the question mark that remains is if we go with the bike that's more like the 2015 or the 2016 model. We will try them another time in Phillip Island, because the new one was not so bad at the end. I think all the engineers did a good job with the electronics and Michelin did a good job with the front tyres. We tried other tyres that also improved more, so I feel good about the first test. I tried the winglets, they are very interesting, they change the airflow, but I don't feel a difference. I prefer the bike without the wings, it's more beautiful!"