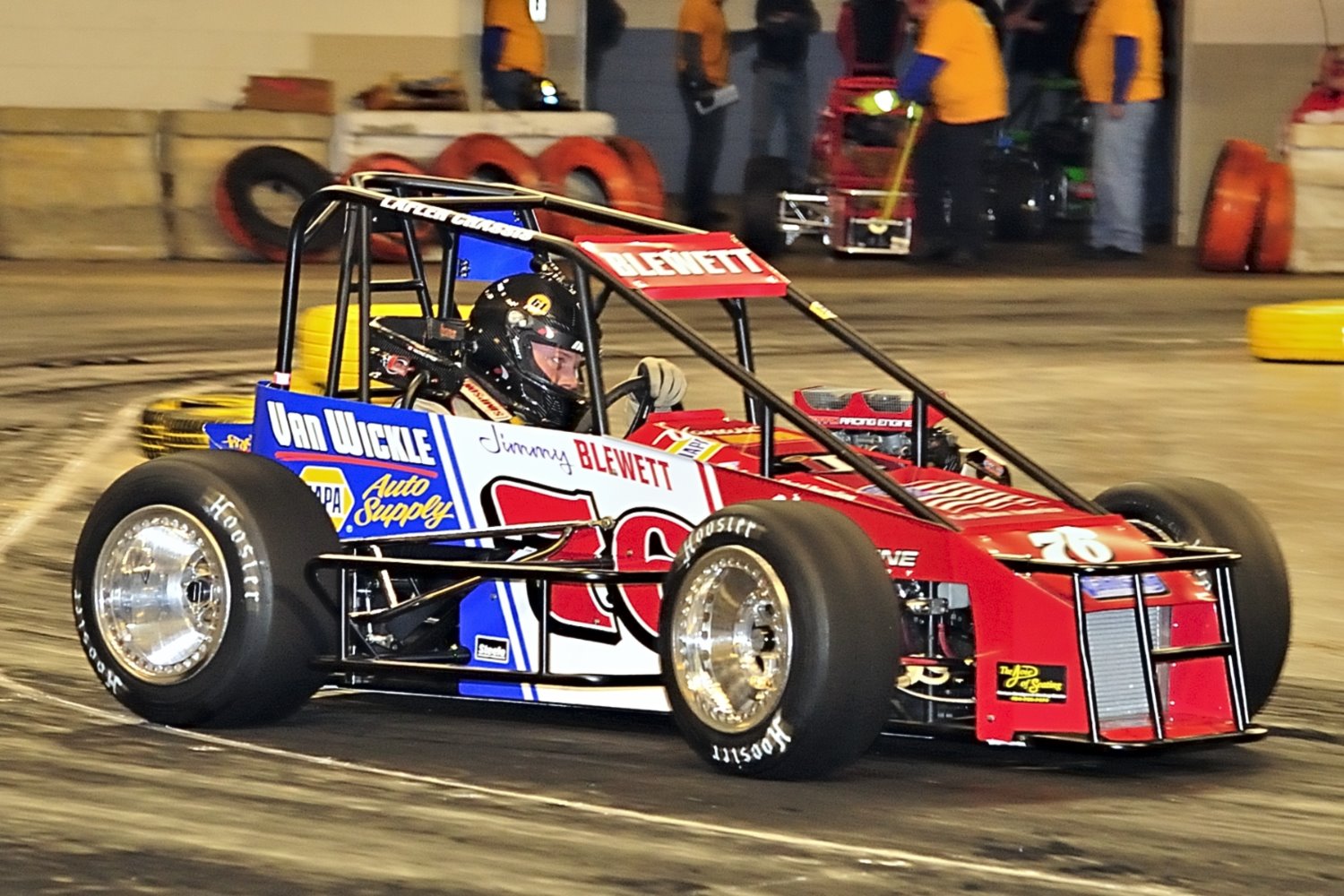 The key event in the Battle Of Trenton two day schedule for the TQ Midgets is the Saturday, February 27 40 lap A-Main. Allentown, Pa. winner Erick Rudolph and Atlantic City, NJ victor Anthony Sesely will lead a pack of over sixty contenders into the arena as pre-race favorites.

Sesely, of Matawan, NJ was the victory at AC’s Boardwalk Hall on January 30th. By doing so he denied Rudolph the opportunity to leave Atlantic City with a second series win and remain in contention for the Vahlco Racing Wheel Perfect Performance Bonus, which would have been worth $10,000 for the Ransomville, NY ace.

Instead, Sesely won $5,000 with the Saturday win and also assumed the Indoor Racing Series Fueled By VP points lead which pays the championship driver $2,000. Sesely’s points lead could not be more perilous: Canadian Mike Lichty is just one point behind and Rudolph is just six markers in arrears.

Of particular interest is the intensification of a long simmering rivalry between Atlantic City race winner Sesely and seventh place feature finisher Jimmy Blewett of Howell, NJ. Their rivalry was stoked when Blewett and Sesely came together on a mid-race restart while fighting for first place.

Sesely’s car became momentarily airborne coming down for the start after rubbing wheels with the driver known as “Showtime". Blewett fell back a few spots, but rebounded with an exciting outside burst to retake second. Before he had a chance to rattle Sesely, he was spun by another competitor and had to work the remainder of the race to finish in the top ten.

Sesely, who went on to win, shrugged off the drama; Blewett was not happy with what he perceived to be Sesely’s lack of respect. It’s a battle that’s been on going, not only in winter Indoor races, but in summer time asphalt Modified competition as well.

The Friday schedule of events consists of TQâ€ˆMidget Qualifiers and a complete card of Champ Karts culminating with a 20-car, 20-lap feature. The TQ Qualifiers were a huge hit in Atlantic City with top qualifiers starting mid-pack in these events. In Atlantic City, Rudolph blasted from 10th to win his 20 lap race.

On Saturday, TQâ€ˆMidgets continue their qualifying to pare the field down to 24 starters for the Battle Of Trenton. Slingshots run their complete program Saturday. Atlantic City Indoor winner Dan Spellmon is expected to be the man to beat once again. Like the Karts, 20 cars will go for 20 laps.

NAPAâ€ˆAuto Parts and Oliver Construction are serving as the two principal event sponsors.

Access to the pre-race trackside Saturday Fanfest is included with admission for Front Row or Lower Level Reserved Seats for Saturday ticket holders. All families with a young child will also be invited to Fanfest.

Tickets are available online at www.comcastix.com or by phone at 1-800-298-4200. Tickets may also be purchased at the Sun National Bank Center Box Office on Monday through Friday from 10am until 5:30pm and on Saturday from 12 noon through 4pm. All ticket prices do not include a $2 facility charge; facility charge increases to $5 for tickets purchased on the day of the event.

A third day of the Battle Of Trenton is on Sunday, Jan. 28 with a closed-to-the-public card dedicated to Quarter Midget racers and Micro Stocks

The Battle Of Trenton Indoor race is the climactic event of the LSMPâ€ˆindoor season which included a sold-out event in Allentown and a huge crowd in Atlantic City.