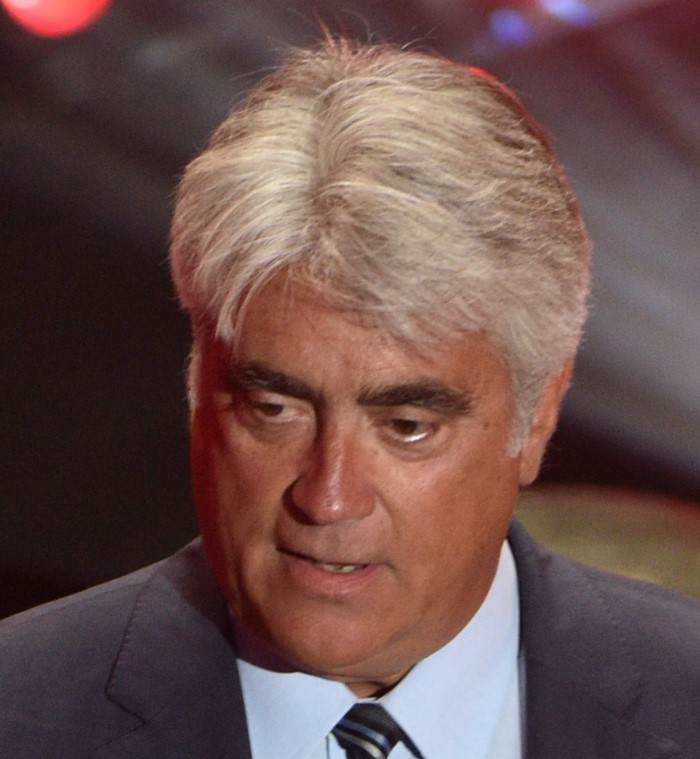 A few of us media spent some time with Hulman and Co., CEO Mark Miles after the main press conference during INDYCAR media day.

One of the first things Miles was asked was if there have been any changes to the fuel probe design. Recall, Graham Rahal exiting the pits during last year's Fontana race with the probe engaged. Miles said, "l do not remember if the car is taken out of gear or if it stops the engine, but the car will not be moving with the fuel probe in. The new sensor has to function fast and it has to stop the car."

I asked if we were going to have more then 33 cars qualifying for the Indy 500. "Yes. Don't ask me how many more," said Miles "but yes. I feel good about that. We have had good interest and everybody who will want to enter I think will be a quality team. An interesting entrant." Miles was then asked if his hands were tied due to Chevy and Honda, who supply the engines. He replied, "I didn't say we were looking for 40, so yes, at some point your comment is true. But I'd say we are talking 34 or 35, that is a practical problem."

I asked him if there was a plan in place to attract new fans after this year? "It's funny, at IMS we are organized so even if you are at the most senior level for a function, engaged for IMS as part of the IMS management team, there is a similar one at IndyCar, almost all different people expect for me. And each of those have their objectives for 2016. For IMS, you might have thought that it would be to sell out all the reserved seats or something like that. That is not what it says. It's minimize any decrease in 2017 from the uptick in 2016. I think the demand this year is incredible. We are thinking a lot right now about how to keep it there going forward. It is probably not imaginable that you can literally do it. But if we are going to effect that, we have to have it pretty clearly in mind this March and April, because of the way we sell tickets.

Miles was then asked, about attracting more millennials specifically, a common question in all pro sports right now.

"One major way is being better at everything digital," said Miles. I mean everything, websites or tweeting, all those platforms. We have to be better at all that. I know that is a big priority in it's own marketing for Verizon. So we are brainstorming with Verizon about things we might be able to do together.

"We got some information that we will share at some point, that shows that the on-site fan is much younger than I thought. The television viewers are a little older than those that come to tracks. The data is better than I had thought in terms of who is showing up at tracks. The Verizon app gives fans a bit of an advantage. Anytime we can put technology in the hands of our fans, it is better for us."

Finally, I asked about the double headers that have disappeared from our schedule, with the exception of the Detroit round. Miles commented, "They are now singular. They are down to one and it looks like that is going to stay that way."