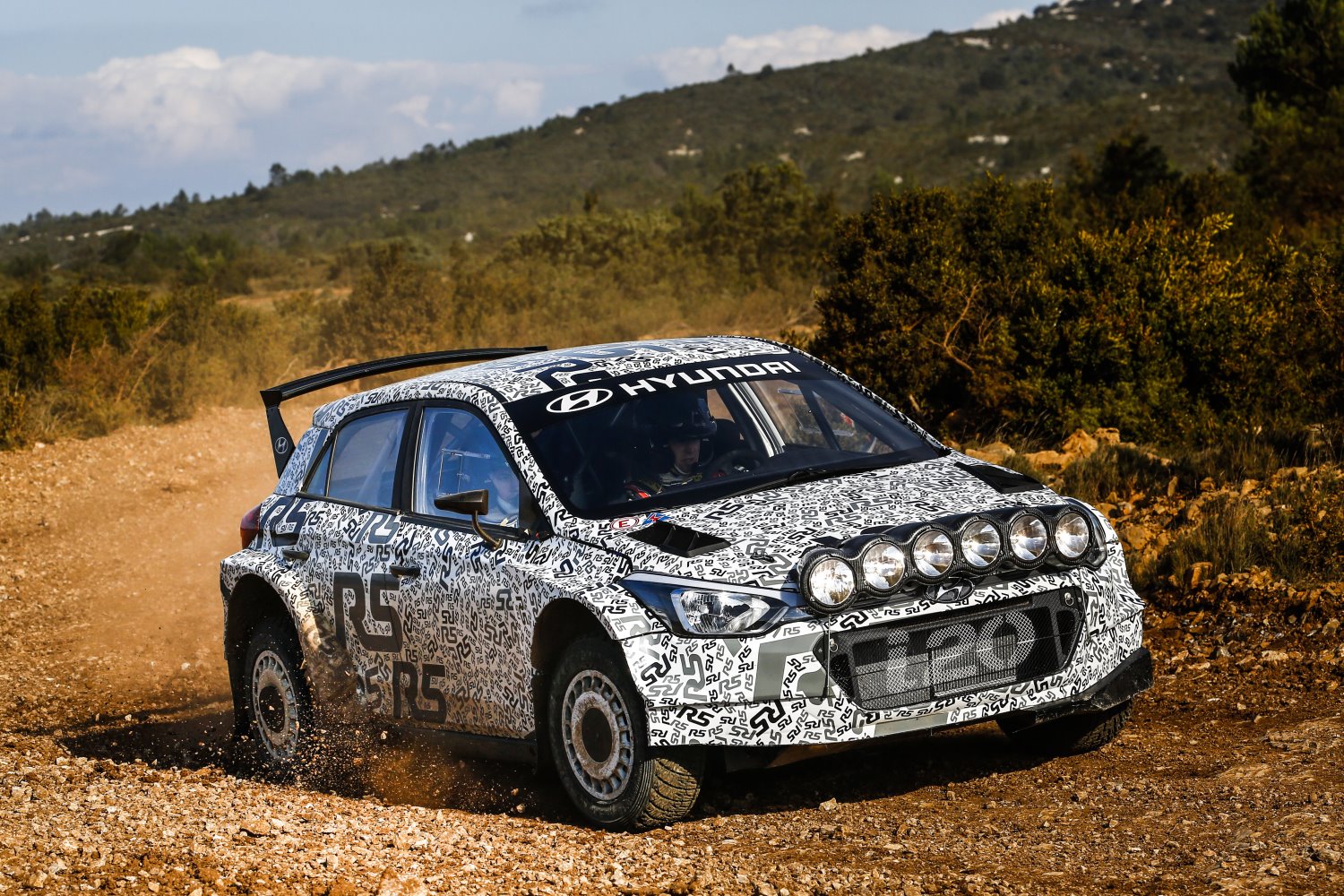 Hyundai Motorsport’s new R5 rally car is on track for its scheduled summer 2016 release after a positive roll-out and the vehicle’s debut test last week.

The first run was carried out by the team’s test and development driver Kevin Abbring in the Fontjoncouse test base in southern France last week and will continue in various locations until summer this year when homologation of the new car will be initiated.

Hyundai Motorsport’s R5 is based on the five-door New Generation i20 like the WRC – which has already seen success in the 2016 FIA World Rally Championship (WRC) – and, in accordance with FIA regulations, features a 1.6 direct injection turbo engine with 32mm restrictor and a five-speed sequential gearbox and differential units.

The car is the first project to be undertaken by Hyundai Motorsport’s Customer Project division, established in September 2015, whose objective is to enhance Hyundai’s motorsport image around the world — in parallel to the company’s WRC involvement. The new R5 program will develop a product that fully utilizes all the technology, learning and experience gathered from two full seasons in the competitive World Rally Championship and to offer Hyundai customers a competitive vehicle to contest WRC2 and national and regional rally Championships around the world.

Hyundai Motorsport’s Customer Project division is headed up by Italian Andrea Adamo, who was appointed in December, and consists of a 25-strong team who will now enter an intensive period of testing and development to prepare a reliable car for use by semi-professional and amateur drivers in competitions worldwide.

Hyundai Motorsport Customer Project Manager Andrea Adamo said: “We are thrilled to have begun testing of Hyundai Motorsport’s new R5 rally car, which is the product of several months’ work by our team in Alzenau. Kevin carried out the initial test in Fontjoncouse last week and we have really hit the ground running. The first tests with the New Generation i20 R5 will be focused on reliability so we can resolve any teething problems as we develop a car that customers can enjoy driving without any compromise to performance.

"We are on target to deliver the first R5s around the end of summer. We are entering an important phase now, ramping up our testing program and recruiting more staff to join our experienced team. The R5 is made for customers and although Hyundai Motorsport will not participate directly as a works team in any championship, we are focused on providing our clients with the best service and support. It’s an exciting period and we hope to see the car competing as early as the end of this year in regional and national Championships in the main European markets – and to see it more widely in 2017. We’re excited by this next phase of our program."