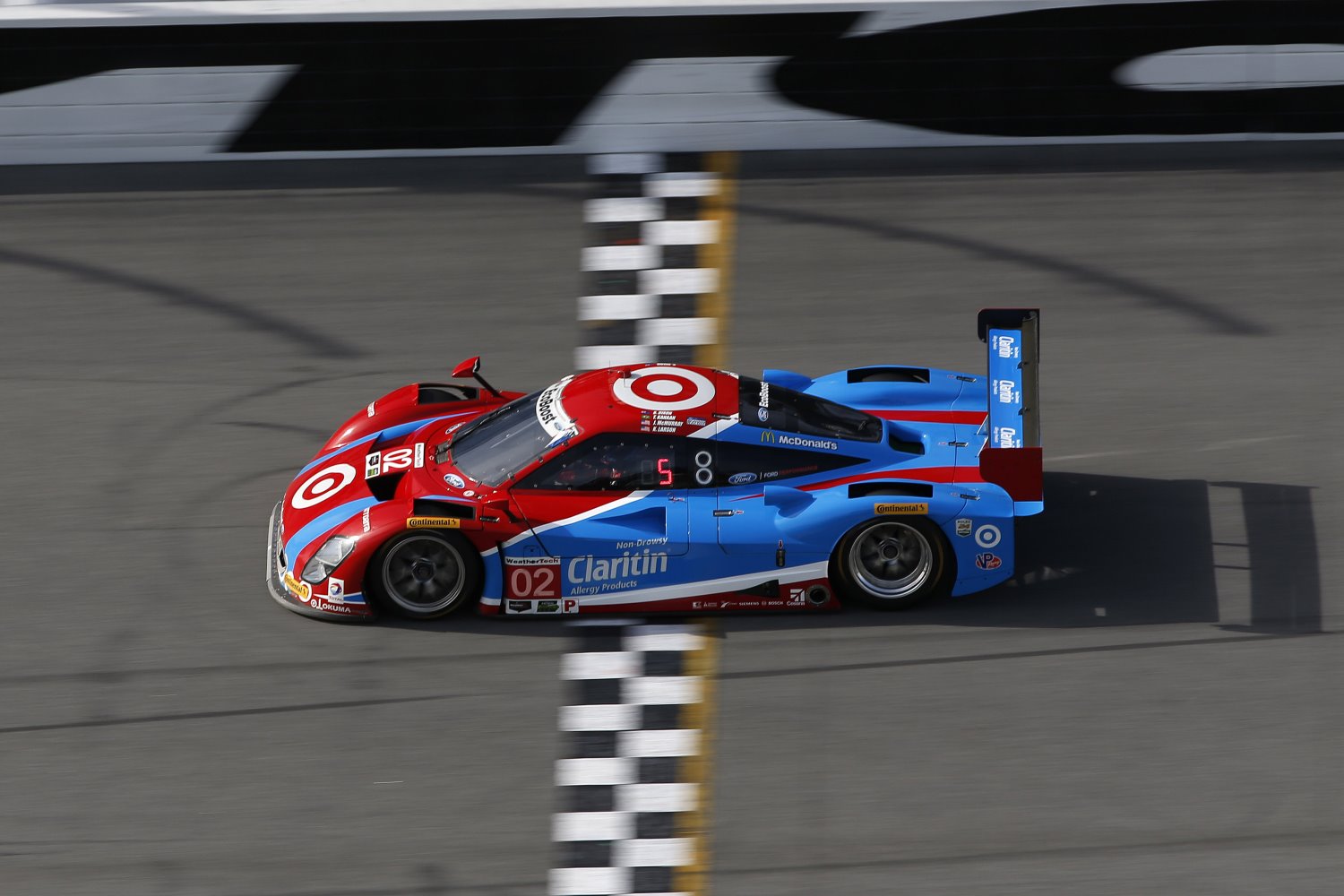 High hopes of defending its 2015 win in the Rolex 24 at Daytona came to a crashing halt on a wall of tires Sunday for the star-studded team in the No. 02 Ford Ecoboost Riley Prototype.

"I hate that we couldn't back up our victory we had last year," said Kyle Larson, a NASCAR Sprint Cup driver who was at the wheel when the brakes failed on the Chip Ganassi Racing Ford.

Larson's Ganassi teammates included fellow NASCAR Sprint Cup competitor Jamie McMurray, one of only three drivers to win the Daytona 500 and Brickyard 400; four-time IndyCar champion Scott Dixon; and Tony Kanaan, an IndyCar champion and the 2013 winner of the Indianapolis 500.

The team led seven times in the first 250 laps — for a total of about 63 laps. But then a broken brake line put them 10 laps down overnight. The team fought its way back several laps, but never made it back into the lead lap.

Larson was coming out of the international horseshoe when the brakes failed and the car plowed into the tires, damaging the front end. The car was towed away on a flatbed and Larson was taken by ambulance to the infield care center, where he was evaluated and released. The team finished in 13th place overall.

It was a frustrating finish for the car's final run, the team's last race in the Daytona Prototype. The entire class is being phased out for the International MotorSports Association's 2017 WeatherTech SportsCar Championship.

"It was a tough race for us," said Kanaan." "All I have to say, I told Chip we have to come back again."

For McMurray, it seemed like a "really long weekend."

While the team hasn't directly spelled out its plans for next year, the drivers will likely transition to the helping drive the Ganassi Ford GT's. Ganassi has historically used the team's drivers across the board in its efforts in the Rolex 24.

"I hope we get to do it again," McMurray said. "Chip always puts together a great program for this race and it's one of my favorite events each year with the team. You really have to have everything go right for you and we just didn't catch the breaks we needed this weekend unfortunately." Daytona Beach News Journal