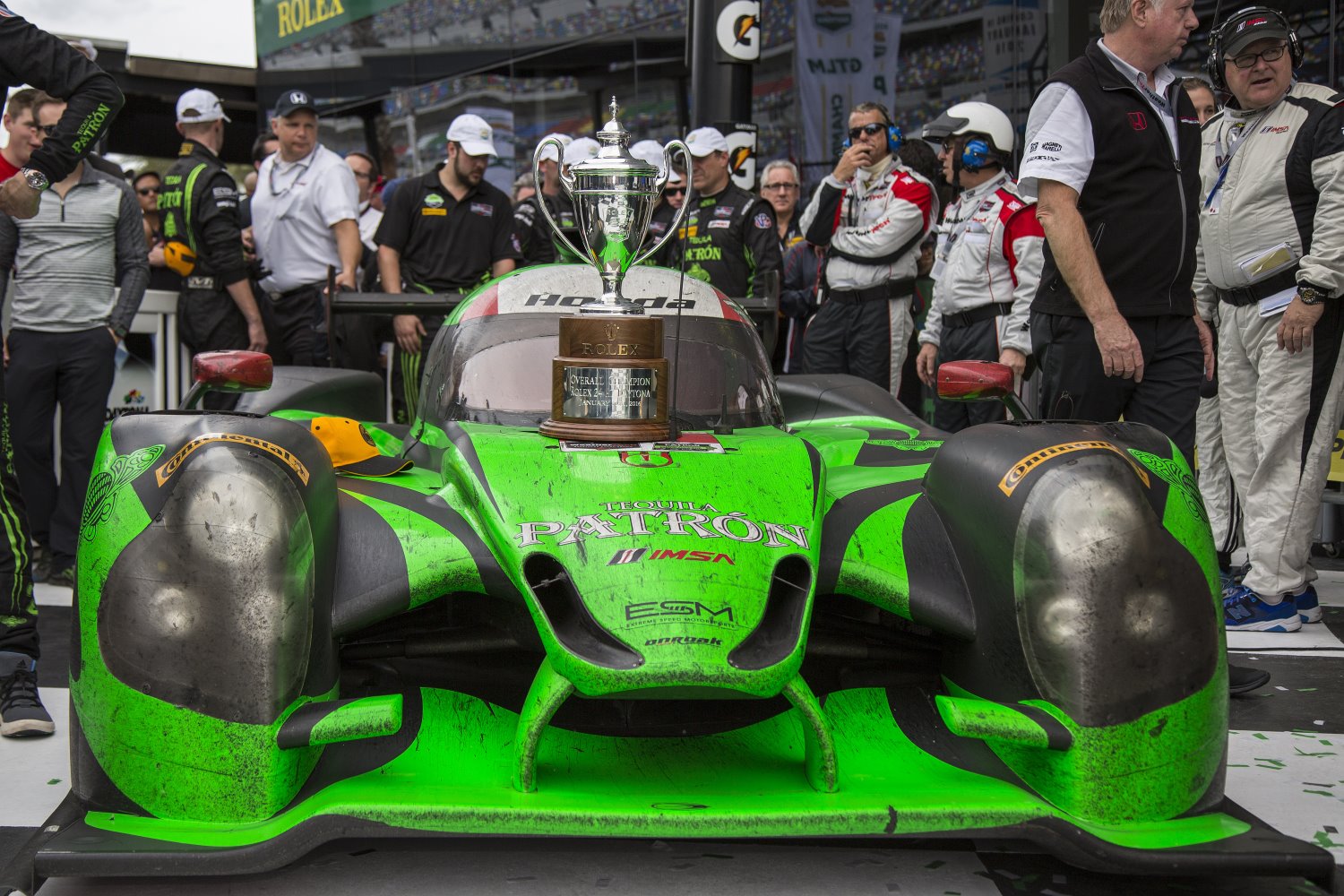 The 54th Daytona 24-Hour race will go down as a red letter day in the annals of Onroak Automotive as victory went to the no. 2 Tequila Patron ESM Ligier JS P2-Honda after a thrilling race. After 736 laps only 26 seconds separated the first two cars.

The Tequila Patron ESM team scored an exceptional, historic victory for the French constructor, the first by the Ligier JS P2 in the WeatherTech SportsCar Championship, the IMSA American endurance series. The team’s impeccable strategy coped with all eventualities despite ferocious competition.

This victory is a true consecration for the Le Mans-based constructor since its debut in 2014 in the USA. It also confirms the excellent early-season performance of the Ligier JS P2 powered by the new 3.5-liter Honda engine. After putting on dominant performances in the official Roar before the 24 test sessions by setting the two fastest times, the Extreme Speed Motorsports and Michael Shank Racing Ligier JS P2-Hondas repeated this achievement in the race by posting the two quickest times in 1m 39.192sec and 1m 39.356sec respectively.

In addition, Michael Shank Racing could have shared this triumph. After leading the race for 99 laps out of the first 285, the no. 60 Ligier JS P2-Honda had to retire in the 10th hour when brutally sudden engine failure ruined the team’s exceptional effort.

This historic victory will open up a new chapter on American soil for the French constructor, and between now and the end of 2016 a branch of Onroak Automotive, Onroak Automotive North America, will become operational.

In parallel to the sporting backup programs of its present and future clients, Onroak Automotive has major projects and ambitions for the United States. The sports prototypes currently on sale in the French constructor’s catalog in the three categories prefigure the creation of new projects in the USA.

For example, at Daytona in 2017, the WeatherTech SportsCar Championship will see the debut of the new Daytona Prototype International (DPi) category that shares a common base with the future LM P2s to be introduced in 2017. Onroak Automotive, selected by the ACO, the FIA and IMSA among the four official constructors, has undertaken in parallel to the development of the 2017 Ligier JS P217, the design of a future DPi complying with the IMSA regulations. The Onroak Automotive development program to build this DPi is to be undertaken alongside a manufacturer which will supply engines for the sports prototype, and the design of whose models will be reflected by their specific bodywork.