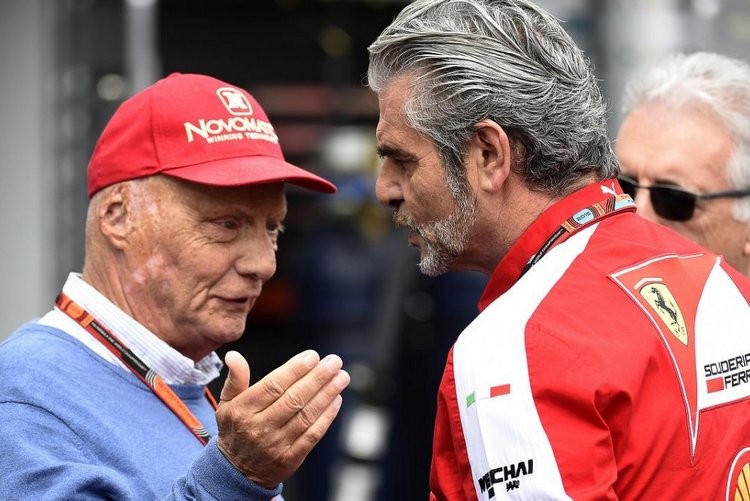 Amid an intensifying political war between the sport's authorities on the one hand and the leading teams on the other, F1 supremo Ecclestone told Auto Motor und Sport recently that there is "an agreement between Mercedes and Ferrari".

"Mercedes even helped Ferrari a bit technically, which is why Ferrari has caught up and they're happy. It means they're both rowing in the same boat," he said.

"Let's clear one thing," the F1 legend told Italy's La Gazzetta dello Sport. "Ferrari are a rival to Mercedes, and one that we must always defeat.

"We aren't talking about an alliance," Lauda insisted. "In terms of politics and on major issues there are similar interests that Honda and Renault also agree on."

As for the rivalry between Mercedes and Ferrari, it is known in the paddock that former Lewis Hamilton engineer Jock Clear is not the only defection from Mercedes to the Maranello team.

Lauda plays down the significance.

"Clear was responsible for Hamilton's car, but he has been out for 12 months," he said. "That is a long time in formula one."

As for the other defections, Lauda continued: "It isn't as big a deal as you and others have made it out to be. Ferrari have signed three people it's true but it happens. However things are very stable and we aren't worried."