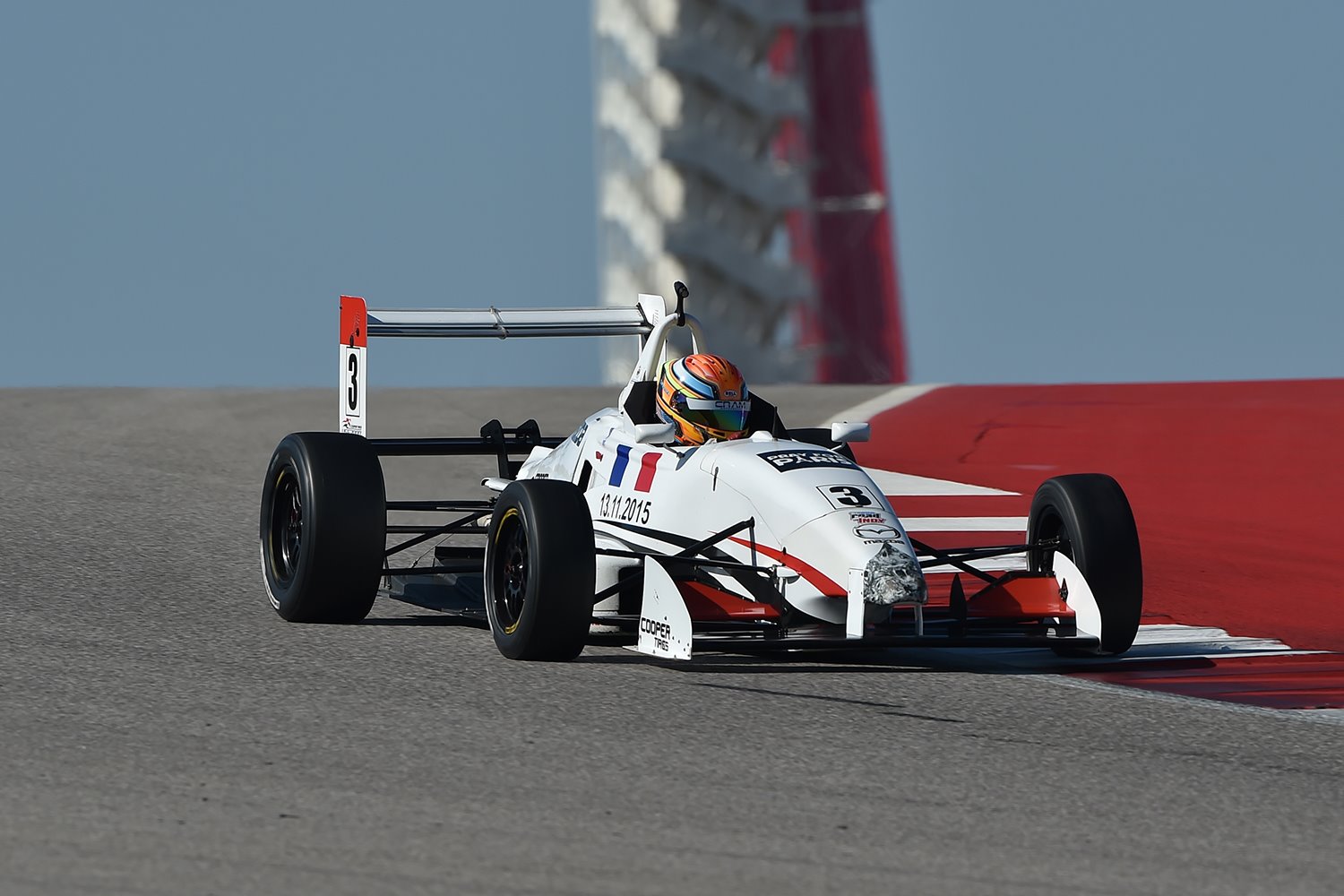 Cape Motorsports with Wayne Taylor Racing is thrilled to announce that driver Nikita Lastochkin will join the team to compete in the 2016 Cooper Tires USF2000 Championship Powered by Mazda. The young driver from Moscow, Russia, who now resides in Los Angeles, California, had a successful rookie USF2000 season in 2015 and will look to improve on his rookie efforts. Lastochkin earned 12 top-ten finishes throughout the year, including a fifth place finish in the final race at Mazda Raceway Laguna Seca, which capped a very strong second-half run of performance improvement. Nikita will drive the team’s No. 3 entry.

"When I got the news that I would be driving for Cape Motorsports, I was extremely happy," Lastochkin enthused. “Without a question, it is a team that has a very impressive record as champions, and it is now up to me as a driver to deliver. I'm sure that with my teammates, we will be pushing each other very hard, and I am ready to fight for every pole, every race win and eventually, the title. Having said that, I will do my best to never stop improving and learn as much as I can from the team in order to keep evolving as a driver."

Cape Motorsports has produced the last five consecutive Cooper Tires USF2000 Championship Powered by Mazda series title winners (2011-2015). The team is working extremely hard to extend the streak to six in 2016. The Capes ran two USF2000 cars last season, but team has run three cars in the past and will do so again next year. They will announce their third driver shortly.

“We are all really excited to have Nikita compete on behalf of our team in 2016," said team owners Dominic and Nicholas Cape. “ Nikita’s performance during the Chris Griffis Memorial Test at the Circuit of the Americas in Austin really opened our eyes. You never really know how good someone is until you put them in your own car. If Nikita can keep producing those kinds of performances he should be a real force to be reckoned with."

The USF2000 season begins on the March 11-13 weekend in St. Petersburg, Florida at the Grand Prix of St. Petersburg. For more information on Cape Motorsports, please visit www.capemotorsports.com.