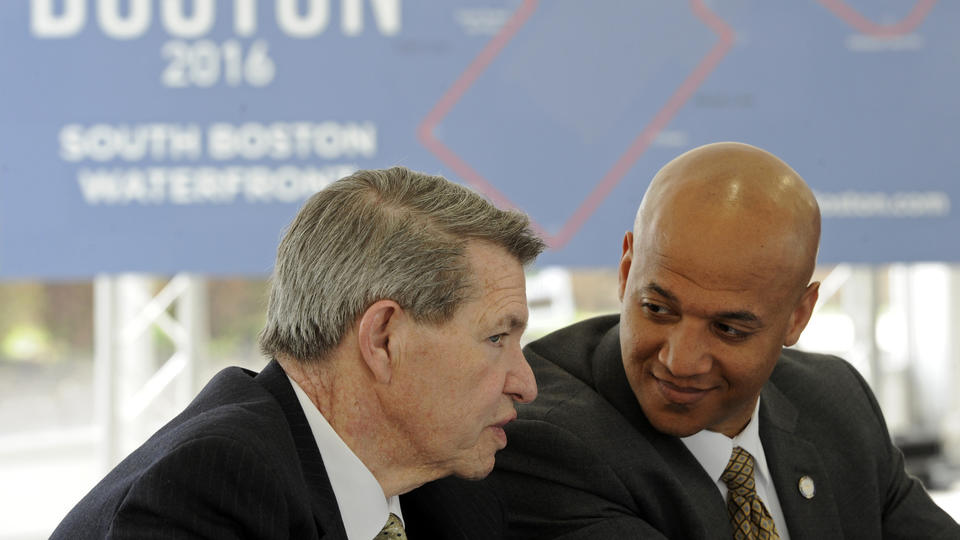 The CEO of Boston's IndyCar race, who was indicted by federal prosecutors and pleaded guilty to tax charges in 1999, has moved to a "lesser role," the latest unexpected bump in the Grand Prix-style event set for next fall.

Mark J. Perrone, who has led the controversial plans for the Boston Grand Prix, is no longer handling negotiations with the city and state to hold the race and his organization confirmed the internal leadership changes.

"Mark is still the CEO of the Boston Grand Prix, he has taken a reduced role due to personal health reasons," Sean Flanagan, spokesman for the race promoters, told the Herald in an email.

Flanagan confirmed the change after the Herald renewed questions into Perrone's indictment in 1999 for failing to file his tax returns for 1990 and 1991, court records show. He pleaded guilty to two counts of a lesser charge of failure to file timely returns, records show. Perrone was sentenced by then-Judge Richard Stearns to two years probation, according to court filings.

The Herald first raised questions about Perrone's criminal background two months ago, but IndyCar Boston officials did not respond, with sources indicating Perrone could take a leave of absence. He never did and continued his CEO job, doing frequent TV and other interviews defending the race. Flanagan said Perrone has had a "reduced role" for the past few months.

Flanagan said Perrone's reduced role is not related to his criminal record.

"I do not see how Mark's personal history is relevant to the event," the IndyCar Boston spokesman said in an email. "The Grand Prix is a private company and the event is 100 percent privately funded by local investors, which was outlined in the Letter of Intent agreed upon and signed last week."

Perrone has had a turbulent run as CEO, with Walsh taking the race promoters to task for delays in reaching agreements with several state agencies to hold the race on roads in the city's Seaport District on Labor Day weekend next year. IndyCar Boston still hasn't reached any final agreements to hold the event but signed the "letter of intent" with the city and state last week.

The case was investigated by the criminal unit of the IRS and prosecuted by then-Assistant U.S. Attorney Carmen M. Ortiz, who is now U.S. Attorney in Boston.

Perrone's tax conviction briefly flared as an issue during his tenure as general manager of the Milwaukee Mile racetrack in 2004. It was reported by the Daily Reporter of Milwaukee in a story about Perrone being the highest-paid public employee in Wisconsin.

Records also indicate that Perrone has a long history of state and federal tax liens against his Ipswich home. The state placed liens on Perrone's property for unpaid assessments totaling $120,232 for the years 1990, 1995 through 1998, and 2000, according to public records with the Essex County Registry of Deeds.